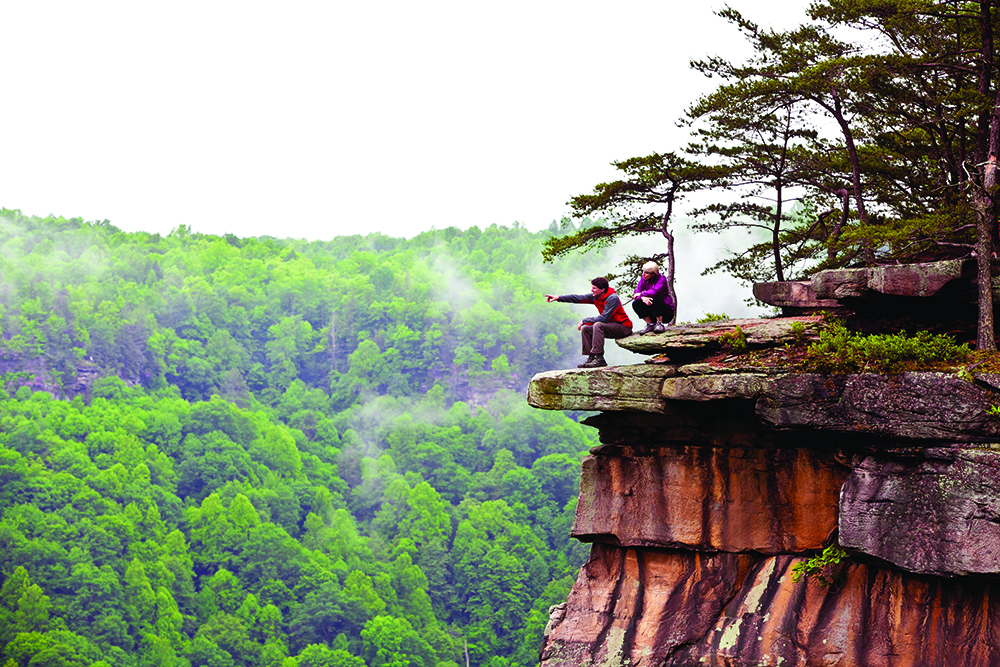 On the morning of August 27, seven friends milled about the base of the 40-foot Transporter Crack (5.6) at the New River Gorge in West Virginia. One of the members of the group, Daniel Kessler, later described the outing as “a holiday climbing excursion.”

A group leader led the pitch and reached the two-bolt belay. He then went off belay and rigged a Black Diamond ATC Guide in autoblock mode, clipping it directly to the anchor. Kessler followed the pitch and arrived at the anchor.

“Instead of the second climber going in direct to the anchors and switching to a more practical lowering system,” Kessler says, “[The leader] decided to practice lowering using the ATC Guide in guide mode. He threaded a thin sling through the release hole of the device and redirected the sling through a carabiner attached to the anchor. Tension released slowly, but when the device finally opened all the way, the rope zipped through.

Kessler fell 30 feet and landed on his butt on a 30-degree slope. Because of the relatively short distance of the fall, and the way he landed—with his feet sliding downward on the slope—he was shaken and badly bruised, but was able to hike out on his own power. Kessler was examined and cleared by EMS personnel and was driven home by friends. He experienced no broken bones or other medical complications.

Autoblock devices such as the ATC Guide are simple, reliable tools for belaying up second climbers, but in the self-locking mode they are potentially problematic for lowering since they require additional rigging and muscle to release the lock. In the written instructions that come with the device, Black Diamond stipulates that a backup (like a Munter Hitch) be utilized when lowering climbers in autoblock mode. That requires even more rigging. And yet, these devices can be used to safely lower climbers if they are properly set up and backed up.

Several similar accidents have occurred with autoblock devices. In No. 187, for example, I wrote about an accident involving an autoblock that occurred in the Shawangunks, where the climber fell 110 feet. In that case, the belayer clipped his release sling to the carabiner that was acting as a brake. Pulling on the sling released all friction from the belay and the climber fell to the ground.

In the New River Gorge case, it appears that the belayer had correctly rigged the device for lowering, but wound up muscling the release, losing control and dropping Kessler. Again, these devices must be backed up when used for lowering. Kessler was lucky to walk away.

Don’t use the ATC Guide in autoblock mode for lowering. Redirect the rope through the anchor, attach the device to your harness and lower the second with the device in the friction-plate mode.

In some circumstances it may make sense to belay with the device in autoblock mode. For example, guides can use it to simultaneously belay two clients up low-angled terrain where falls are unlikely. If you do plan on using the ATC Guide in autoblock mode, go to blackdiamondequipment.com and watch the instructional video, which demonstrates lowering technique. If you must use this device for lowering, always back up the belay with a friction hitch like the Munter.