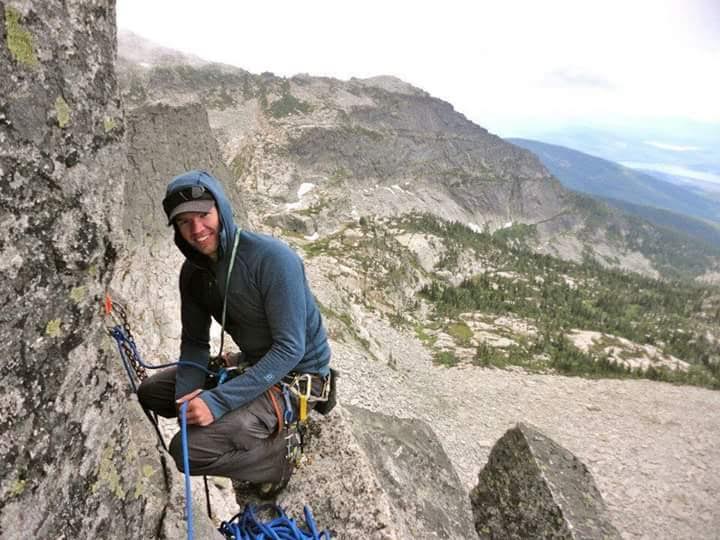 Andrew Bower, 26, a climbing instructor and EMT from Spokane, Washington,
died in a fall at Dishman Hills on November 6.

Bower traveled to Dishman Hills, a crag popular among Spokane climbers, intending to replace old, unsafe bolts with new stainless steel gear—a project
he had been working on for months. When Bower didn’t return home that evening, a family member went to Dishman and found his body at the base of the
cliff. He hadn’t removed any gear from his pack.

Bower worked as an instructor and wall manager at Wild Walls Climbing Gym. He had also worked for Peak 7 Adventures in Spokane as a mountaineering and
white-water rafting guide.

Deputy Mark Gregory of the Spokane County Sheriff’s Office told the Spokesman Review that
investigators found trampled moss and pine needles atop the cliff above where Bower was found.

Since Bower was alone at Dishman Hills, it is impossible to know exactly what happened. Judging by the disturbed pine needles and moss, however, he seems
to have slipped as he approached the cliff’s edge to fix a rope. His climbing gear was still in his backpack.

Bower’s brother, Aaron, told Rock and Ice, “Our family want[s] to make it clear that this wasn’t a ‘climbing accident’ as he was not roped up
or wearing a harness, he was preparing for his climb at the top and appears to have slipped.”

Take extra care to assess the ground near the edge of a cliff. Loose rock, dirt, water and foliage all pose hazards that are easy to overlook. The closer
to the cliff’s edge, the more unstable the terrain can be.

When approaching the edge of a cliff to set a top-rope, consider building a natural anchor above on safer ground—use webbing or cord around a thick,
well-rooted tree or stable rock, or build an anchor with trad gear, if possible. Rappel safely to the edge where you can build another anchor over
the lip or reach an existing bolted anchor. Be careful of dislodging loose rock or debris in the process.

If no anchor possibilities exist above the cliff’s edge, find a partner and climb ground up, or choose a different route.

The few minutes you might save by scrambling unprotected to the lip are not worth the risk of a ground fall.