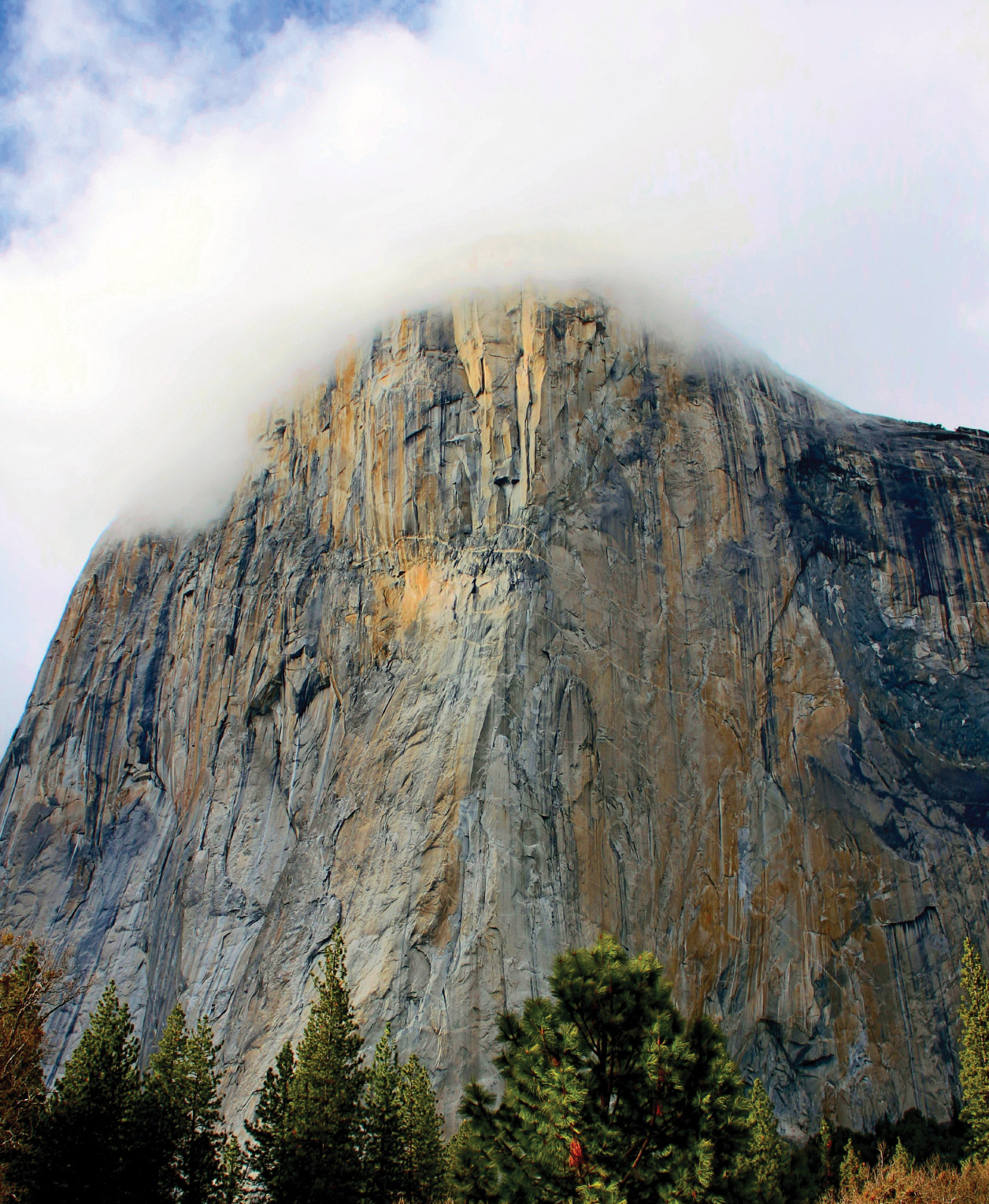 ON MAY 27 AT ABOUT 1:10 P.M. TYLER GORDON, 22,
ascended a fixed rope to the ledge of Camp 6 on the Nose, just five pitches shy of the summit of El Capitan. Gordon joined his partner, Ryan Dilts,
and two friends he had made on the route while his other partner, Cletis Blum, led the Changing Corners pitch above them. According to Blum, Gordon
“stood on the ledge and took in the spectacular view of Yosemite Valley for a few minutes.”

Blum had dropped a nut, and Dilts said he saw it on a ledge about 20 feet below them, and would get it in a moment.

“The next thing we knew, Tyler was falling,” Blum wrote in a blog post. “I heard Ryan yell, ‘Whoa!’ and I watched as, almost in slow motion, Tyler fell
and hit the ledge where the nut had dropped. He then fell until the fatal impact with the Camp 5 ledge.”

Blum, a Wilderness First Responder, quickly lowered, pulled his rope and rappelled to Gordon, who Blum later described as lifeless. Despite Blum’s efforts
to resuscitate his friend, Gordon could not be revived.

According to Blum, Dilts saw Gordon lean back just before falling, “as we all would at an anchor, but there was nothing to hold him.”

Gordon was an experienced climber on the tail end of a 12-month road trip across Europe and the United States. He was also, according to his climbing partners,
a safe climber and climbing mentor. Kevin Ziechmann, one friend, described him as “very thorough” when climbing. Blum wrote that Gordon free climbed
most of the pitches on the Nose, only pulling on gear through hard sections, sometimes outpacing climbers gunning for the NIAD (Nose In a Day). Yet
somehow this careful, seasoned climber stepped off a ledge.

Habit is the antidote to oversight. Establish and maintain good habits. Try to make your transitions on and off anchors in the same way every time, and
always follow the principal of redundancy. For example, when transitioning from ascending to stopping at a belay, do not unclip from the rope until
you have clipped into two independent anchor points or a dedicated cordelette. Always be clipped in, and always be redundant. Close the belay chain.
Make that your default habit.

When you’re on a crowded ledge awestruck by the beauty of Yosemite Valley, however, mistakes can happen. Complacency is dangerous, but it’s also inevitable
as you gain mastery. That’s why we, as partners, also need to check in with each other. Check out your partner’s knot, ask if he’s in straight, make
sure he’s all good. This accident might have been prevented if one of Gordon’s partners had reminded him to go in straight to the anchor.

Be consistent and vigilant especially as you gain comfort and experience with the sport. Your safety is your responsibility—but we can all use a
little help from our partners, too.