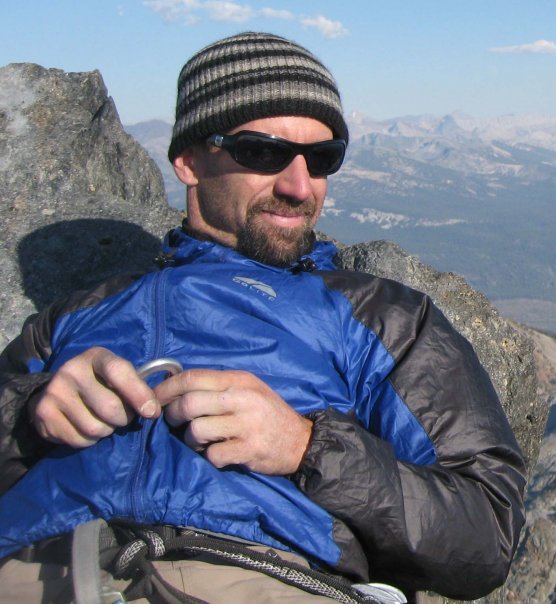 Scott Sederstrom, 44, fell to his death on Friday, March 13, when a bolt failed on Life in Electric Larvae Land (5.10b) at Silent Pillar Wall, Owen’s River Gorge, California.

When Sederstrom did not return that evening, his fiancée drove to the Lower Gorge parking lot where she found his van and dog. Inyo Country Search and Rescue began an organized search in the morning.

The evidence suggests that he was going bolt to bolt—unclipping the one below as he went—when the third bolt on the climb failed.

Sederstrom fell 25 to 30 feet to the ground, suffering trauma to his head. He was not wearing a helmet.

On Supertopo.com, edmad wrote: “I worked with him in 2000. He lived in a yurt and climbed more than he worked. He was such an inspirational dude. I always wanted to live like him.
He lived life to the fullest. “

Another friend wrote, “Scott was such a bright and positive person. I always enjoyed my encounters with
him. “