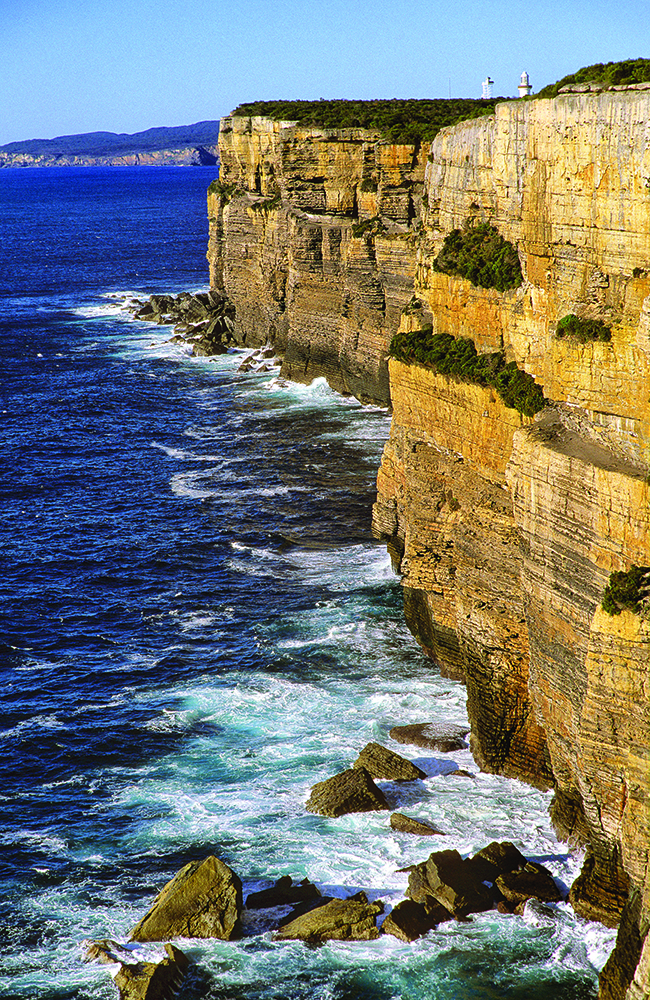 It was late in the afternoon on February 23 when the American climber Joe Cleinmark and his partner Alessio Miori, an Italian, rappelled from the top of Point Perpendicular, a seaside crag in eastern Australia. Their sights were set on Jaws of Death (5.10c/d), a climb that begins 100 feet below the cliff top and 150 feet above the crashing waves.

While rappelling the fixed line to the small belay ledge, Cleinmark recalls in an e-mail that he “grimaced” at the choss that marked the initial 30 feet of the climb. Nevertheless, he tied in and began leading through the “slightly solidified sand.” When he was about 10 feet off the ledge, Cleinmark pulled off a big flake and fell. He wound up “uncomfortably scrunched” on Miori’s lap.

“In fact, I felt fine,” Cleinmark writes. “I was more upset with myself than anything. Bracing my arms on the stones surrounding me, I moved to get oriented and comfortable, which is when I saw that my tibia and fibula were protruding a few inches from my lower leg. Alessio must have seen this at about the same time because he started shouting, ‘No, No, No!’”

According to Cleinmark, Miori jumped up and started pacing the small ledge, grabbing his hair and cursing in Italian.

Miori eventually calmed down and prussiked the fixed line. Once on top, he and local climbers organized a rescue. After four and a half hours on the small ledge, Cleinmark was placed in a litter and winched to the top. He had sustained a compound fracture of his right tibia and fibula, and an avulsion fracture of his left distal tibia. Presently, he’s able to bear weight with his left foot but cannot bear weight on his right foot for six weeks post surgery. He hopes to be climbing again within one year.

Point Perpendicular offers a unique and adventurous scenario with its rappel approach and mixed protection. Added to these challenges is the fact that bolts in Australia often lack hangers making them more difficult to see. Instead, climbers carry “bolt plates,” removable hangers to fit over the bolt or “carrot.” Unknown to Cleinmark or Miori, Jaws of Death has two carrots located at the base of the dihedral where the rock quality improves. The team missed this semi-hanging belay and rappelled to the ledge, forcing the leader to negotiate 30 feet of loose, unprotected rock.

This accident would have been prevented if the team had found and used the correct belay station.

Before launching up a multi-pitch route or down a sea cliff, read guidebooks and talk to locals. Ask about protection and anchors. Sometimes, of course, there are no guidebooks or locals and you have to rely on what you can see. When approaching from the top, preview the climb while on rappel. Note any sections that look difficult or dangerous.

Finally, listen to your gut. Cleinmark and Miori did everything right after the accident, but it might have been prevented had Cleinmark listened to the internal alarm bells that went off at the sight of the choss and, instead of forging on, hanging back until he found the correct established anchor.