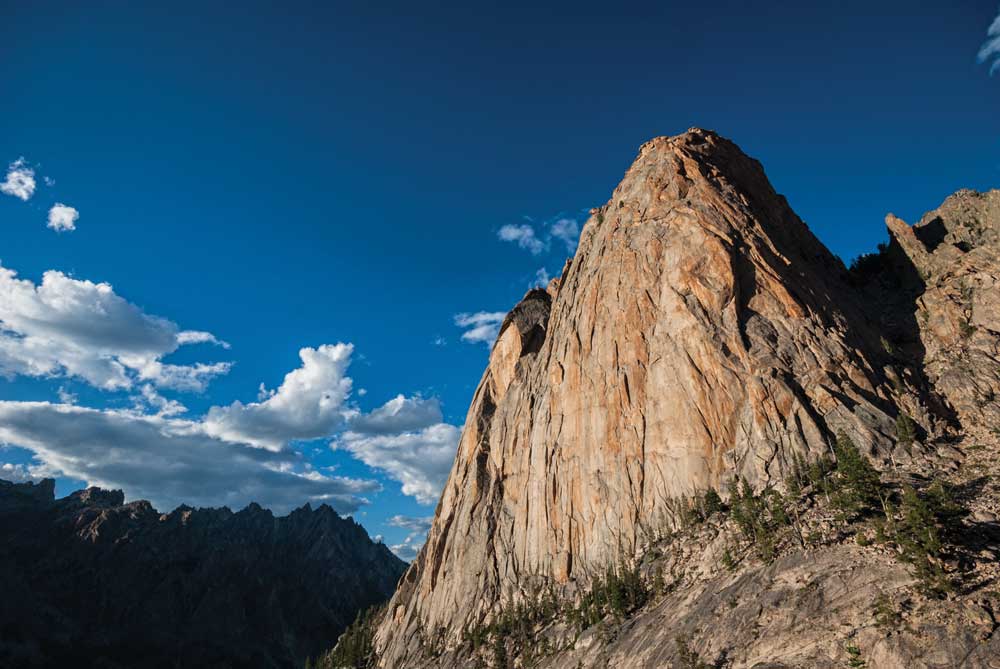 ON JULY 7, AROUND 1 P.M., Anna Dvorak, 28, a professor at Eastern Washington University in Spokane, and her partner Tyler Adams prepared to start up the third pitch of the Mountaineer’s
Route, a popular 5.9 on the Elephant’s Perch, a 1,000-foot granite buttress in the Sawtooth Mountains of central Idaho. Adams offered to lead but Dvorak,
who had led the previous pitches, “insisted on being on lead. She kept saying, ‘I’m feeling great,’” Adams later told the Sawtooth Search and Rescue
co-commander Gary Gadwa.

Dvorak moved up, manteled over a ledge and climbed out of sight. A few minutes later, when Dvorak was in the vicinity of the first roof and presumably
moving left around it, Adams heard the sound of cams snapping out, a muffled scream and a “frightening slam and crash.”

Adams made his way to Dvorak, who was inverted and unconscious. Her helmet was crushed, and she was bleeding from injuries to her head and right side.
She regained consciousness when Adams righted her but was disoriented and had no idea what had happened. Adams called 911 and was joined by another
party of two who were also climbing the route.

Dvorak stopped breathing, and Adams and one of the other climbers attempted CPR, following instructions from the Custer County 911 dispatcher, but
her injuries were fatal.

At approximately 6 p.m. four members of Idaho Search and Rescue climbed to the scene and secured the deceased for recovery the next day.

The Mountaineer’s Route is the least difficult line on the Elephant’s Perch, but it’s still a committing trad climb, with sections
of loose rock and challenging route finding. Dvorak fell on a tricky section where climbers must choose between heading straight up and following
a horizontal crack under a roof or angling left toward the end of the roof. If you climb straight up, you’ll have lots of options for protection,
but risk rope drag. If you angle left up the face, the gear is marginal but rope drag is mitigated. Since Dvorak fell while out of sight of
the belayer, it’s impossible to say which choice she made. We do know that she was lowered off a cam and that other cams popped. It’s possible
that she started out the roof and fell, pulling some gear and striking the ledge below. It is also possible, given the injuries to her right
side, that she angled left, a scenario in which a fall could result in a 50-foot pendulum into a left-facing corner.

When faced with a choice between a runout and an alternate passage with good gear, choose the route with protection.
That said, traverses are problematic to protect. Here are three ways to make them safer.

1) On a traverse, a taut rope can pull gear to the side, causing pieces to rotate and potentially pop out. Place oppositional pieces that hold your primary gear in place, keeping it properly oriented in a fall.

3) Consider back-cleaning. Place bomber protection ahead of you, then reach back and unclip gear behind you. Back-cleaning can help with rope drag and keep the direction of pull downward. Keep in mind, however, that back-cleaning will limit or eliminate back-up pieces for yourself as well as protection for the following climber.

This accident would have been prevented if Dvorak had set adequate protection that had remained in place when she fell.