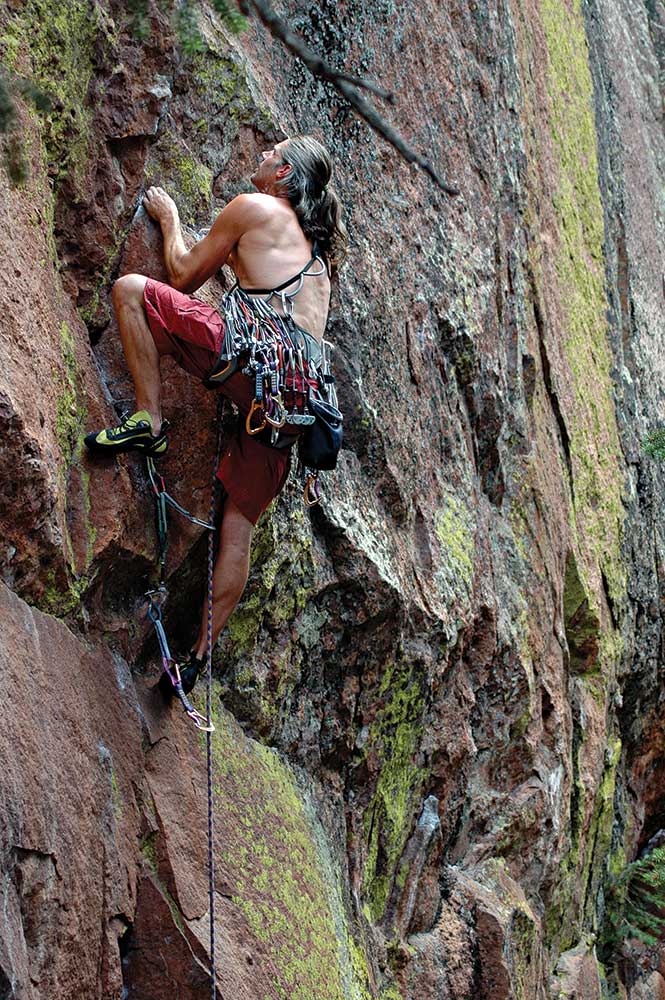 Around noon on August 9, Wayne Crill, a highly experienced climber living in Boulder, Colorado, was 60 feet up his fourth first ascent of the day on the Lower Peanuts Wall in Eldorado Canyon. Crill had recently accepted a faculty position at Ross University in the West Indies, and was busy ticking off projects before attending a going-away party at a friend’s house that evening. But then something went terribly wrong.

According to his belayer, Greg Miller, Crill had several pieces in the line. The highest were “suspect,” an RP with a Yates Screamer (a runner designed to rip out and mitigate forces placed on gear) and a Ballnut. Not far under these, Crill had plugged a #1 Camalot in a “perfect placement,” with other gear below that.

As Crill started into the crux, he fell. Miller described what happened next in an e-mail to Rock and Ice: “I remember seeing him take a normal lead fall, then heard a series of popping sounds. I thought slings broke, the rope cut … It all happened so fast.” Later, investigators would surmise that Crill’s fall ripped the RP and Ballnut. He had two good cams below, both equipped with shoulder-length, small-diameter slings—but somehow both rope-end carabiners unclipped from the slings. They were both wire-gate biners.

Crill hit the talus and broke many bones, mostly on the left side of his body. He also impacted his head and sustained injuries to his brain. Though he is continuing to improve, Crill is still not following commands, and is now in a long-term acute-care facility in Denver. He was wearing a helmet.

Crill’s belayer, Miller, observed the RP, Ballnut and a third piece still clipped to Crill’s rope, along with two biners.

Early the next morning, Hank Caylor, a well-known Eldo climber and friend of Crill, made several rappels down the angling line to assess the accident. He found evidence that the rock broke out around the RP placement and saw the two lower pieces; still in the rock, still equipped with the slings, but missing the rope-end biners.

The troubling question remains, however. How could two carabiners unclip themselves from slings?

Here are four possibilities. 1) Gate flutter occurs when a rope passes at high speed through a biner and sets up a harmonic vibration that causes the carabiner to flutter open. An open biner can break under load and could feasibly drop off a sling. 2) Gate slap occurs when a carabiner flops around and the spine impacts the wall, causing the gate to open. 3) It’s also possible that the long, thin sling twisted around the carabiner and it popped off, 4) or that the slings had been doubled up as quickdraws and when Crill extended them, they developed a twist that slipped up and cinched around the gate. In that case, when loaded, the biners would have popped off. Keep in mind that all of these scenarios are extremely rare.

This is an example of an accident that occurred despite the climber doing everything right. He used a Screamer to limit impact forces, backed up his lower piece and wore a helmet. According to Caylor, the lower pieces were solid and should have held a fall. Also note that fixing the rope-end biners so they can’t flip around, a solution suggested on some online forums, will not protect against gate flutter or slap. Perhaps the take-away advice is to use lockers for critical rope-end carabiners.

This article was published in Rock and Ice No. 223