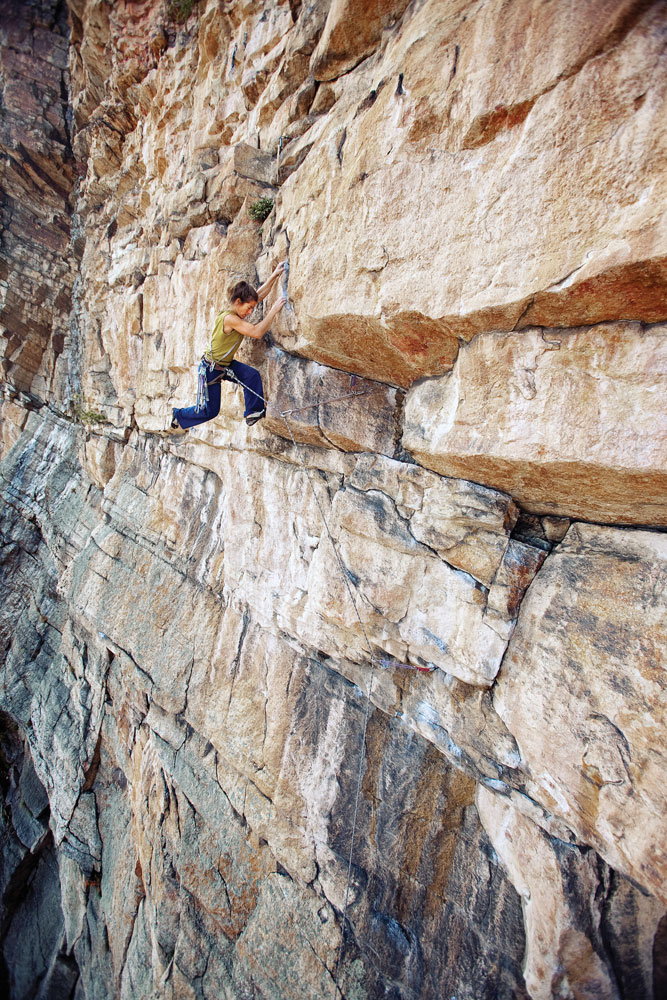 On July 25, a climber topped out the classic Horseman (5.5) at the Trapps, Shawangunks, New York. When she went to rappel, she was back down much faster than she would
have liked.

“I was racking up to climb Retribution when I heard the awful thud of a body hitting the ground,” Rob D., who was climbing nearby at the time,
wrote on a Mountain Project forum.

Despite the weekend crowd, no one saw exactly where she fell from but witnesses estimate the distance to be anywhere between 10 and 25 feet.

First responders, including a doctor, were on the scene and the climber was stabilized before park rangers evacuated her to the waiting ambulance.

Horseman—first climbed by Hans Kraus and Fritz Wiessner in 1941—can be climbed in a single, 120-foot pitch,
or in two pitches with a belay at a small, mid-route ledge.

According to Mountain Project, the best way to get down from
Horseman is to walk off using the Uberfall Descent or to rappel the route with two ropes when no other parties are below. Mountain Project mentions that one 70-meter rope “may” get you close to the ground, “but the last 40 [feet] of the rappel are free-hanging.”

The climber was rappelling Horseman with a single rope from the intermediate anchor. She and her partner believed that their rope reached the
ground and they neglected to tie knots at the ends. The first to descend rapped into space and off the end of her rope.

1. Walk off when you can. Rappelling makes you completely reliant on gear and setups.

2. Consult a guide or website about the descent. Is your rope long enough? Ask locals. Inspect
and assess a rap route from the ground. Onsite, look for anchors that are rigged for rappels.

3. Never rap into space unless you can see your rope ends, and ascertain
that they reach a ledge or the ground.

If high winds pose a risk of flying the rope ends, there are a few methods of rope management—such as the Saddle Bag technique, rapping with the
rope feeding from a backpack, or clipping the rope ends to your harness—to prevent the knots from potentially becoming stuck.

Climber Dies From Fall in the Gunks

Not Again: Eldo Climber Raps Off End Of Rope