MY HELMET SAVED MY LIFE. STORY NO. 5 PRESENTED BY PETZL

Alex Ling won the helmet below from the Petzl – Rock and Ice #HelmetsMatter contest. Just a couple weeks after receiving it, he was in need of a new one. 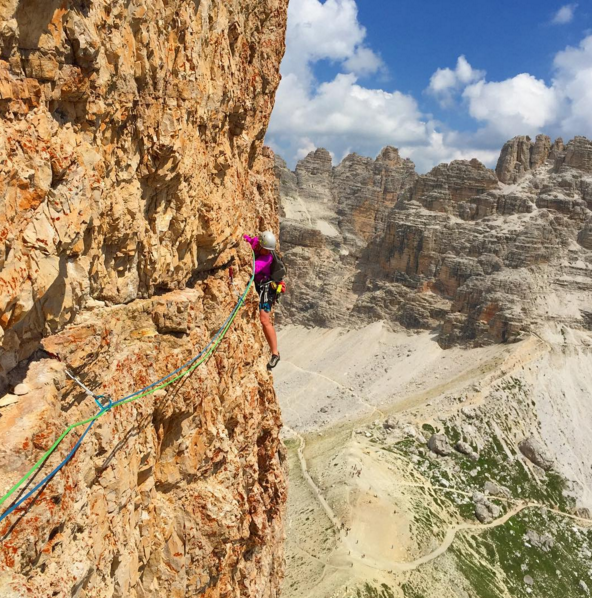 Suz slid to the edge of the ledge and we began the four final abseils. She somehow managed the first
abseil with her damaged hand and then I led the following raps. Once on the ground I ran to the Refugio for help. We were taken to separate hospitals
and Suz underwent immediate surgery. I was able to return the next day to find the bloodstained gear we’d left at the base of the cliff gone.

When Suz was released from the hospital, we took the next flight home, and went straight to another hospital. It wasn’t the best way to end our European
holiday but we’re happy to be alive. Helmets definitely do matter.

Petzl reached out to the pair after the incident. Suz needed more surgery to repair her thumb but is expected to make a good recovery. Alex is back climbing. Alex had won the previous #HelmetsMatter contest with a picture of himself after a groundfall that cut his scalp and cracked a couple of his vertebrae, he was not wearing a helmet then. Both of them hope that 2016 will be a hospital free year.