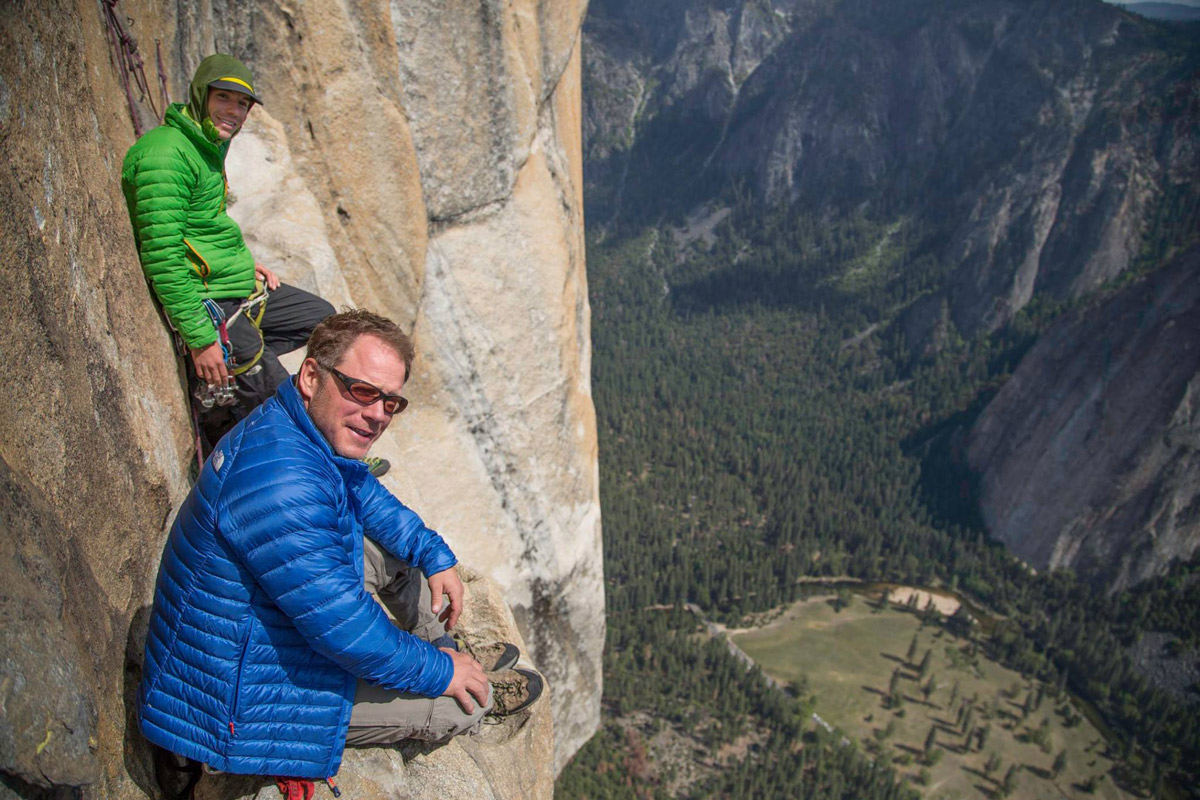 On Saturday, March 12, Mark Davis died in a rappelling accident at Indian Creek, Utah. Davis was an experienced
climber, over 25 years, with successful ascents in Patagonia and of El Capitan in Yosemite, among other places. He was 50 years old.

“His energy was contagious,” Doug VanWagoner, friend and climbing partner of Davis, told Rock and Ice. “I was always excited when he was going
climbing with us. He always had such a fun energy.”

Davis and VanWagoner, along with other climbers, were at the Rambo Wall on Saturday. At the end of the day, Davis led Way Rambo, a 5.12 hands-to-fingers
crack and the namesake of the wall.

“Some requests were given for a toprope and a fixed line for a photographer,” Jeremy Collins, who was also there that day, told Rock and Ice. “So in typical Mark fashion, he climbed the route again on toprope to swap out the ropes for others.”

Davis pulled the rope through the anchors and prepared a double-strand rappel down the 100-foot route. He was rappelling with a tube-style belay device.
Thirty feet to the ground, Davis suddenly fell, headfirst. He hit a rock outcropping, tumbled and then hit the ground again.

According to Collins, within seconds of the accident two groups ran to the road for help while five others tended to Davis. They secured his head and spine,
cleared his airway, wrapped his body in warm clothes and helped him to regain his breath.

After five minutes, his breathing began to decline, Collins said. They attempted CPR but were unsuccessful. Davis had no external injuries or lacerations,
Collins added. His cause of death is believed to be blunt force trauma to his head.

Davis was not wearing a helmet.

“Upon review, it seems Mark had seen one side of his rope go behind a pillar 20 feet off the ground and assumed it would reach,” said Collins. “His belay
device revealed only one strand threaded and the entire rope was on the ground.”

The rope ends did not have knots and it appears that Davis had rappelled off one side, one of the most common climbing accidents, even with experienced
climbers.

“It’s an easy mistake to make when the rope is not visible entirely from above,” Collins said. “If Mark had worn a helmet, tied a knot in the end of his
rope, or used a prussik back-up, the situation may have been different.”

When Davis wasn’t climbing, his other passion was film and he was a film teacher at Salt Lake Community College in Salt Lake City.

“[Mark] has made quite an impact on many people’s lives,” VanWagoner said. “I’ve been contacted by friends who said that their kids had taken his courses
and loved him dearly. So much that they stayed in contact with him as much as possible.

“The outpouring of support and condolences from [his] students is overwhelming. I think that says something about who he was as a person.”

A scholarship fund, the Mark Davis Film Student Scholarship,
has been established in Davis’ name at Salt Lake Community College.

“He was well loved by his community in Salt Lake City and around the country,” said Collins.

In lieu of flowers, memorial gifts for the Mark Davis Film Student Scholarship can be sent to Salt Lake Community College Foundation, 4600 S Redwood Road,
Salt Lake City UT, 84123 or online donations can be made here.