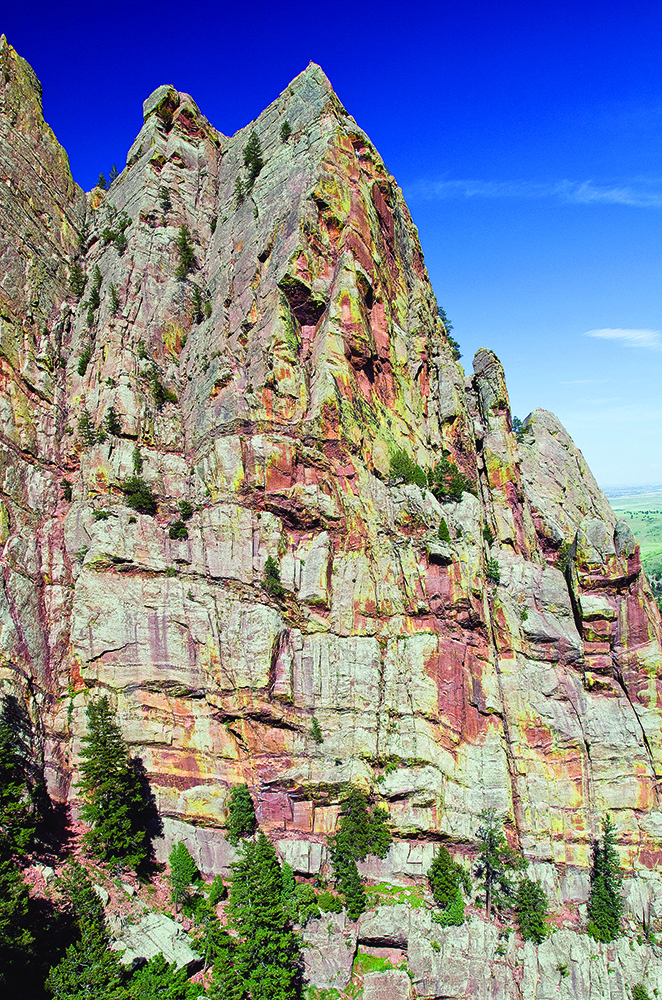 At about 2 p.m. on December 15, Jordan Moore and Daniel Gloven were rappelling the Vertigo Tower of the Redgarden Wall in Eldorado Canyon, near Boulder, Colorado. They followed the standard rappels: two rappels to chain stations that take climbers down the wall left of Vertigo. At the second station, Gloven pulled the rope as Moore fed it through the chains.

Moore leaned out and watched one side of the rope pile up on the ground. He didn’t visually confirm that both ends were touching but he remembers saying, “That’s probably good.”

Moore rigged his ATC and started rappelling. “I wasn’t looking down,” he said. “Just kicking off, rapping fast.”

Gloven, who was waiting at the belay stance, remembers seeing 30 feet of rope shoot through the chains. When he leaned out, he saw Moore lying on a ledge 70 feet below him.

A party on a nearby route heard Gloven’s cries for help and used a cell phone to call for a rescue. A climber from another group stabilized Moore’s head until members of the Rocky Mountain Rescue Group arrived, rigged a litter and lowered Moore from the ledge.

Moore says he had “barely a scratch” on his head, but he had sustained a traumatic brain injury, the equivalent, according to his doctor, of 12 concussions. Today, Moore says he is still having problems with his attention span and memory, but that he is expected to recover fully in 12 months.

“No rock climbing for a year,” Moore says. “After that I will be back.”

Moore wound up on the ledge with one strand of rope still threaded through his rappel device. The other strand dangled above the ledge. The obvious conclusion is that he hadn’t evened the ends. When Moore rappelled past the end of the strand still above the ground, he fell and landed on the ledge.

Unfortunately, rappelling and belaying accidents in which the rope end passes through the rappel/belay device are all too common. According to a report in the journal Wilderness and Environmental Medicine, based on incident reports filed by the Rocky Mountain Rescue Group from 1998 to 2011, belay and rappelling accidents in Boulder County in which the rope was too short accounted for 21 victims, 16 of whom had severe or fatal injuries.

Accidents of this type are easy to prevent. All you have to do is tie knots in the ends of your rope. For rappelling, you might want to buy a rope with a middle mark. This will aid in evening the ends of the rope, but you’ll still need to knot the ends to prevent rapping off them on multi-pitch climbs. Simply tie the ends together for all rappels. Make it a habit and never neglect to do it.

Some climbers will argue that knotting the ends of your rope can result in the rope becoming stuck in cracks. This is true, but the occasional hassle of freeing your rope is a small price to pay to survive.

For lowering, always tie a knot in the free end of the rope.