MY HELMET SAVED MY LIFE. STORY NO. 3 PRESENTED BY PETZL 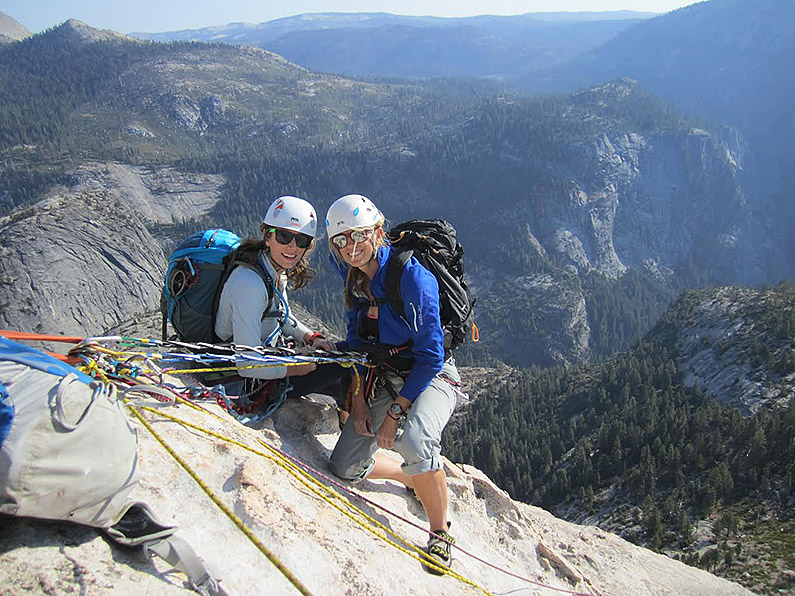 Eager to get down and move on to the next climb, I threw my rope ends and started to rappel. I don’t have
another memory until about a week or so later, when the meds wore off in the hospital.

About 80-percent of the time, I remember to tie knots at the end of the rope when I rappel. If I’m being honest with myself, that’s about how often I wear
my helmet. I’ve been climbing for almost five years, and the most action my helmet ever saw was a desperate moment in a narrow chimney on Epinephrine,
in Red Rocks, where I stood up into a rock ledge.

I was wearing a helmet that day, but I forgot the knots. The two-pitch route I was rappelling wound slightly left, making it impossible to see the belay
area below. I rappelled off the end of my rope, with 20 feet to the next rappel station, hit a ledge, and ricocheted another 40 feet to the ground.

Paramedics airlifted me to the nearest level I trauma center.

I broke both femurs (my right in two places), shattered my kneecaps, broke the ball of my right hip clean off, fractured my left ankle, my right arm, broke
multiple ribs, fractured my collarbone and shoulder blade, sustained compression fractures on my lower spine and chipped something in my neck, as well
as partially deflated a lung and suffered lacerations to my liver and spleen. 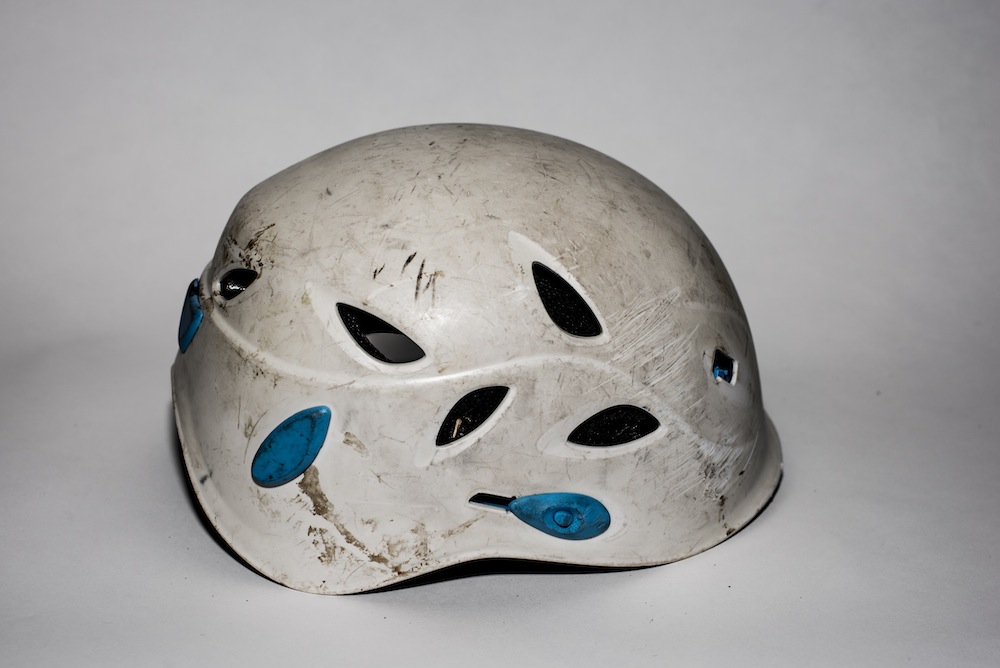 I had three major
surgeries while in the ICU, where I stayed for a month and a half to recover and begin physical therapy. There were setbacks along the way, such as
pneumonia and a condition called heterotopic ossification, where your body grows unnecessary bone outside of the skeleton. However, despite all the
frustrations and pain of learning to bend my knees again, I am forever grateful that I was wearing my helmet that day.

The blood splatter on the inside was evidence alone that I would not be here today had I forgotten to wear it.

I took countless cognitive tests during my stay in the hospital, and as a 7th grade science teacher, it initially enraged me to fail math calculations
that I knew were at a middle school level. However, within just a few days, things became easier. By the end of my stay, I tested above average for
someone at my age level who has been knocked unconscious.

Regaining my personality has only made me more determined to conquer the hurdles that lay ahead so I can get back outside. Knowing how lucky I am to be
able to walk again on day, I celebrated with an outing to The North Face store after being discharged from the hospital. The salesperson watched me
struggling to try on down jackets in my wheelchair. “That one is great for wearing around town,” she said.

I stared at her, confused. “Oh no. I’m buying this for alpine climbing.”

READ: Rappel Safer – How to Extend