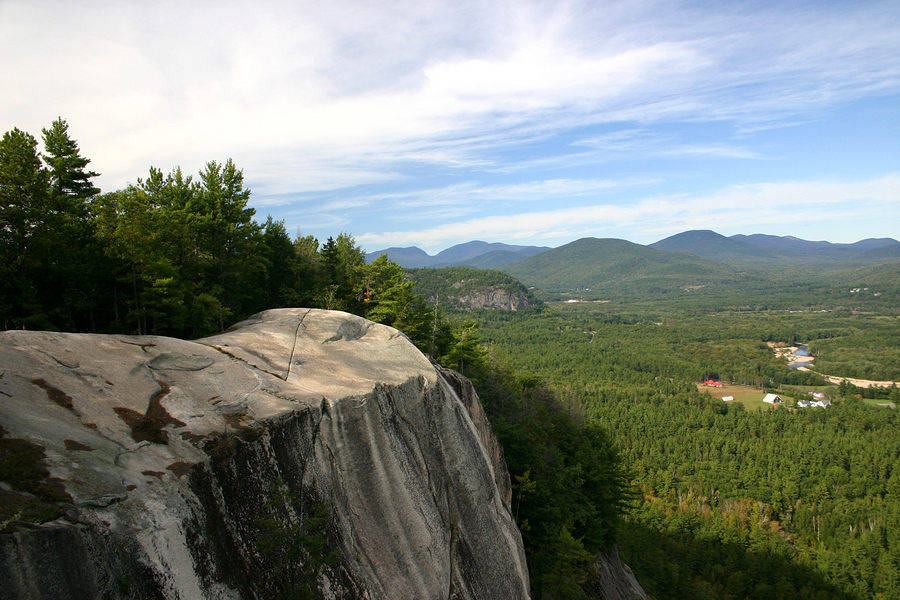 Brian Delaney, respected climber of Scarborough, Maine, died Saturday afternoon after an estimated 50-foot fall from the top of a climb on the upper left wall of Cathedral Ledge in New Hampshire, according to the Conway Daily Sun.

Delaney, now in his mid-50s with over 35 years of climbing experience, was known for many early first ascents on and near Cathedral Ledge as well as in Yosemite, Indian Creek and at the Shagg Crag in his home state of Maine.

According to rescuer reports, Delaney had been rope-soloing close to a route called Double Vee (5.9+). Delaney fell near the top of the route and something within his system failed.

After a report of a serious injury at the Barber Wall, rescuers got to him while he was still alive and talking, but not making sense, according to the Conway Daily Sun. Delaney had broken a femur, two arms and had unknown internal injuries.

The rescue team, recognizing the seriousness of the situation, started moving him quickly, but at a point during the move, Delaney stopped breathing.

The team performed CPR, but it didn’t work. The rescue had turned into a recovery.

“I’ve met few people as good-hearted, kind and genuinely humble as Brian,” said Travis Herbert, one of Delaney’s climbing partners, to the Conway Daily Sun. “He approached life with zest and vibrance. More than the climbing, I remember Brian glowingly talking about his daughter, Hana, sharing stories of her exploits on the swim team, theater and beyond. He loved his family dearly and traveled the world with them.”

Delaney left behind a wife and daughter.