I recently upgraded from a Dynex Daisy Chain to a wider 18mm nylon one from Black Diamond, which I figured would be safer for cleaning than the thinner one. Then I came across some interesting online articles stating that I might be using a daisy wrong. I was taught to clip the top and a preceding pocket into the two separate anchor bolts, yet there is controversy about this method with a daisy chain. Any input? 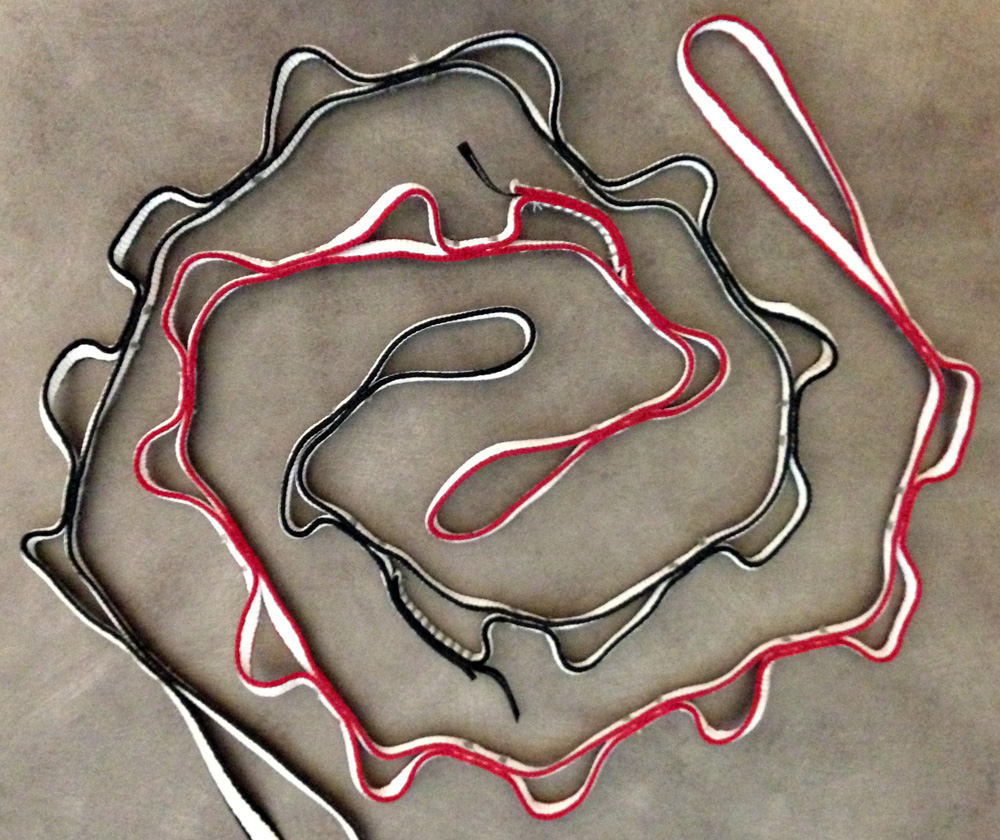 I also have to question why are you clipping yourself to a belay with a daisy chain.

Given the above, and all the infinite number of ways that people misuse daisy chains, I’m surprised that any company takes on the liability that comes
with producing them. I get more questions about daisy chains than about any other single item of climbing gear. Daisy Chains to Gear Guy equals Job
Security!

There are so many messed-up things with your question, and by implication how you use daisy chains, it’s tough to winnow it down to one corrective nugget,
or even two.

Even if you only use daisy chains as I just outlined, you can still misuse them and rupture your heart or worse. How?

Due to optical illusion, it can appear that you are safely attached to a daisy chain. In reality, when you clip the end of a daisy chain to a placement
(or your jumars or anything else), and use the same carabiner to clip a pocket and that pocket rips out, the daisy chain is no longer connected to
whatever you clipped to. I’d have an easier time explaining sex to an eight-year-old than how this daisy chain sleight of hand works, but believe me,
what I say is true. Watch the “Black Diamond daisy chain video”
to see for yourself.

The way around the above danger is to use two carabiners on your daisy chain (which it sounds like you are doing) or put a twist in your daisy chain (again,
watch the video). Or, use the C.A.M.P. Daisy Chain Twist.
This daisy chain, as you might guess, has a safety twist built into it—you can’t clip it wrong. Actually, I have to take that back. At some point,
someone is going to figure out how to screw that one up and I’ll have to write another lengthy column about the dangers of daisy chains. Gear Guy has
spoken!