Are there any good stats or opinions about climbing on wet ropes? We have been leaving ropes on projects during the monsoon season in Colorado, then getting back on the routes before either the route or the ropes have dried. I think we should re-lead on a dry rope because the wet rope may be weaker, have too much stretch and dirt carried into the rope by the rain can cause it to abrade. My partners say that these things are trivial compared to the overall strength of the rope. Can you settle our debate? 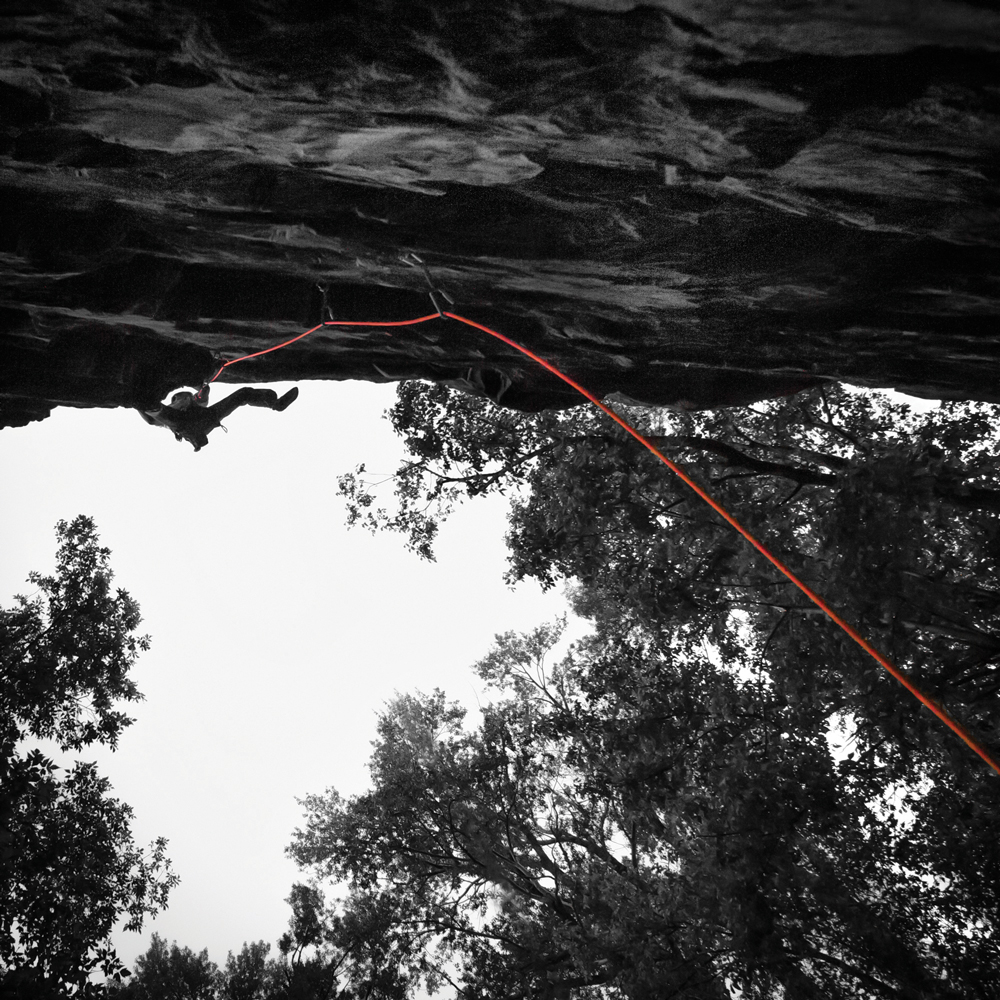 There are no reliable statistics about ropes left fixed on routes, then climbed on while still wet, but there
are plenty of opinions, and some are even based on facts. I do question why you don’t just let the ropes dry, and why you are climbing on wet routes
to boot! Let the paint dry!

As you noted, wet ropes do become stretchy. This is an issue if the additional stretch would let you hit the ground or a ledge, but otherwise isn’t a consideration
for toprope rehearsing, as I assume you are doing.

But a wet nylon rope is also weaker than a dry one.

According to Sterling Rope, a non-dry-treated rope can lose 70 percent of its strength, and a dry-treated rope can be 40 percent weaker when wet. In Sterling’s
tests, an 11-mm Drycore rope held 11 falls dry, and seven falls wet. But, again, for toproping this isn’t an issue. Leading would be a different matter,
especially on a thin and well-worn rope, and extra especially on one that’s had the shit trashed out of it (hint hint).

Your biggest concern is abrasion, followed by UV degradation. Your wet, stretchy rope will be more likely to cut or abrade as it saws up and down the rock
or across edges, and leaving it in the sun for a season so it can be crispy fried isn’t doing your lifeline any favors. Show your rope—and
the rock and other climbers—some respect and pull it if you are going to be gone from your project for any lengthy period (I define “lengthy”
as longer than a week), and if you can’t do that, then consider that rope ruined and buy yourself a new one. Gear Guy has spoken!