I am going to start leading ice this season, but don’t know which length ice screws I should get. I only have the ducats for eight screws. Should I get long screws, or short screws, or in between?

Ice screws typically come in up to five sizes, from 10 to 22 centimeters long. The length(s) you need will depend on the
thickness of the ice, and the ice quality. Always, you want the screw’s hanger to rest flush with the ice. Place a screw that is longer than the ice
is thick, and you’ll have to tie it off. Besides being an extra fiddle step, tying off a screw weakens the placement because the webbing can break
(or slip off) before the screw itself fails. Conversely, if your screw is so short the threads can’t engage the solid underlying ice — bad! 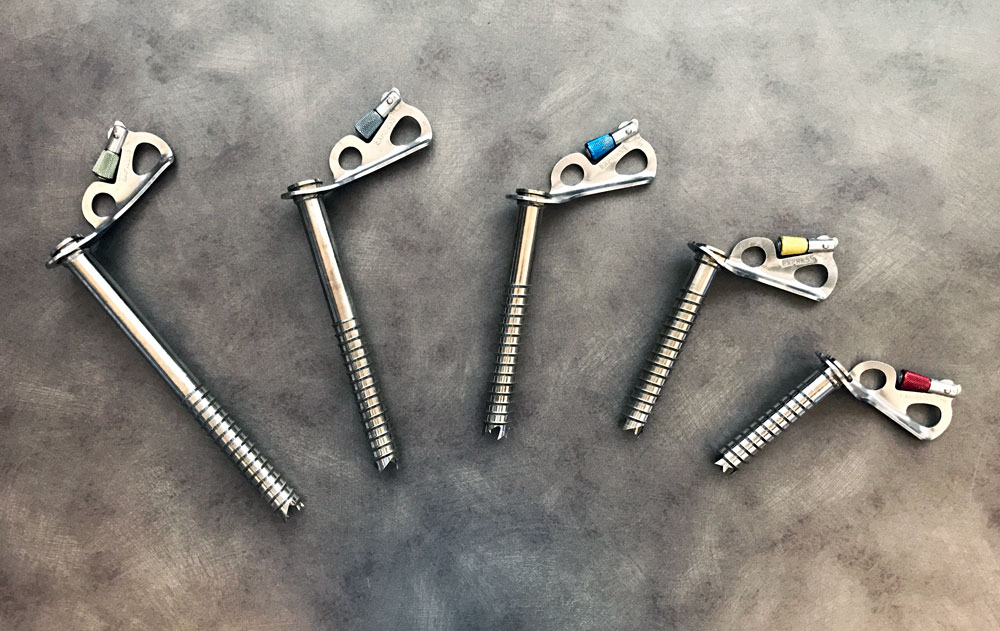 If you are clear on all this, don’t be: I’ve had long screws hit air pockets deep in the ice and become nearly worthless. In that situation, a shorter
screw that would keep the threads engaged in the good ice would be stronger. Generally, however, surface ice isn’t as solid as the underlying ice,
and you need a longer screw to reach it.

For novice ice climbers, short stubby screws are usually too short because they won’t let you get to the good ice down deep, and the long 20- to 22-centimeter
jobs are too much work to place. If I could only have seven screws, I’d get one 13, three 16, two 19, and one 22 centimeters long. This would put me
heavy on the medium workhorse lengths, with one extra-long screw for really rotten ice, and one short screw for thin ice. Gear Guy has spoken!