My boyfriend and I made a pretty good bet, one that hinges on your answer. The stakes are high: an hour-long back rub. I told him that if I drop gear on a single-pitch climb I will retire it. He thinks I’m crazy. Is dropped gear damaged goods? 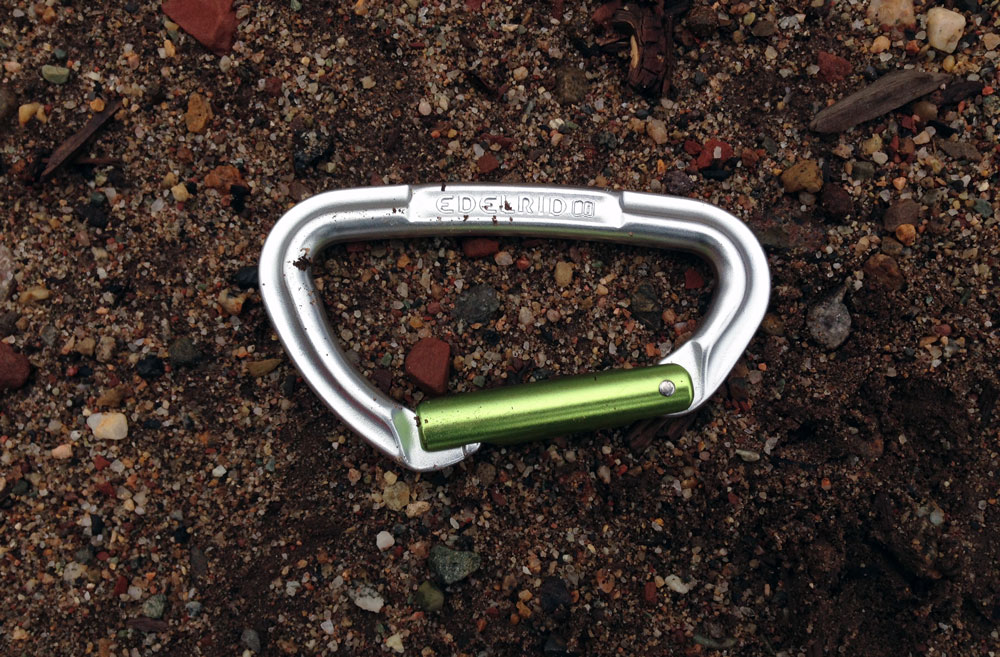 You are afraid of “micro fractures,” the invisible damage reportedly
done to gear when you drop it. Question is, where is the report that proves these devils? It’s a ghost, much talked about, never seen.

It is sensible to believe that if you drop a carabiner or a cam or critical hardware from a pitch up, the gear could be damaged, and you’d be smart to
deep-six it. That notion is actually as good as any for directing your actions, but I imagine that your boyfriend will want the supporting details
before he pays up.

Unfortunately for you, the objective information sides with him. In 2007, four climbers/engineering students at the University of Colorado dropped carabiners
from 21, 40 and 109 feet onto concrete, then pull tested them to failure. These carabiners proved as strong as the samples that weren’t dropped. Some
of the dropped carabiners had their gate springs pop out of place, but they were otherwise undamaged. You can read their report at outdoorsafetyinstitute.com.

Omega Pacific also tested carabiners that had been dropped from unknown heights off El Cap. If anything, O.P.’s report shows that a piece of gear gets
stronger while flying through the atmosphere then impacting rock—those dropped carabiners broke at loads higher than their rated strengths. You
can read their report at omegapac.com.

That dropped gear was not weakened doesn’t surprise me, because climbing gear is tough, built to withstand impact. That is its job. In the early 1980s,
when my buddies and I would top out a big nail-up, we’d shove everything including the rack into the haulbags and throw it off over by the Zodiac,
where it would plunge 1,500 uninterrupted feet to the talus. This was back when you could do this sort of thing legally, or so we assumed. A few days
later, after we’d fattened back up on tourists’ leftovers, we’d retrieve our gear, sometimes sprayed about the ground because the haulbag had burst
open. Then, we’d start fixing another wall. When we weren’t occupied with the thrash-and-dangle, we’d comb the talus for other people’s dropped gear,
and were always stoked to find booty, sometimes selling it in Camp 4 for shower money. Usually, though, we kept the schwag to replace our own shit
that we’d dropped and lost to someone else who was likely making his way up Mescalito or Cosmos, happily using my Chouinard hollow
oval.

Of course, not a single manufacturer would agree with what I just wrote, and they would be right not to. The tests I noted used small samplings, and don’t
represent all the bad things that could possibly happen to dropped gear. Perhaps your cam or whatever hit at an odd angle in just the right spot at
the right speed to cause those mysterious micro fractures. Bruce Lee could punch from just an inch away—the “One-Inch Punch”—with such
force he could knock an opponent off his feet. The freaky fluky can do unbelievable things. Throw away that dropped equipment. You can always buy more
gear. You can’t buy more life. Now, tell your boyfriend to uncork the oil and get going. Next!

This article originally appeared in Rock and Ice issue 238 (November 2016).