What’s the best way to clean chalk and dirt, grit and gack off holds? 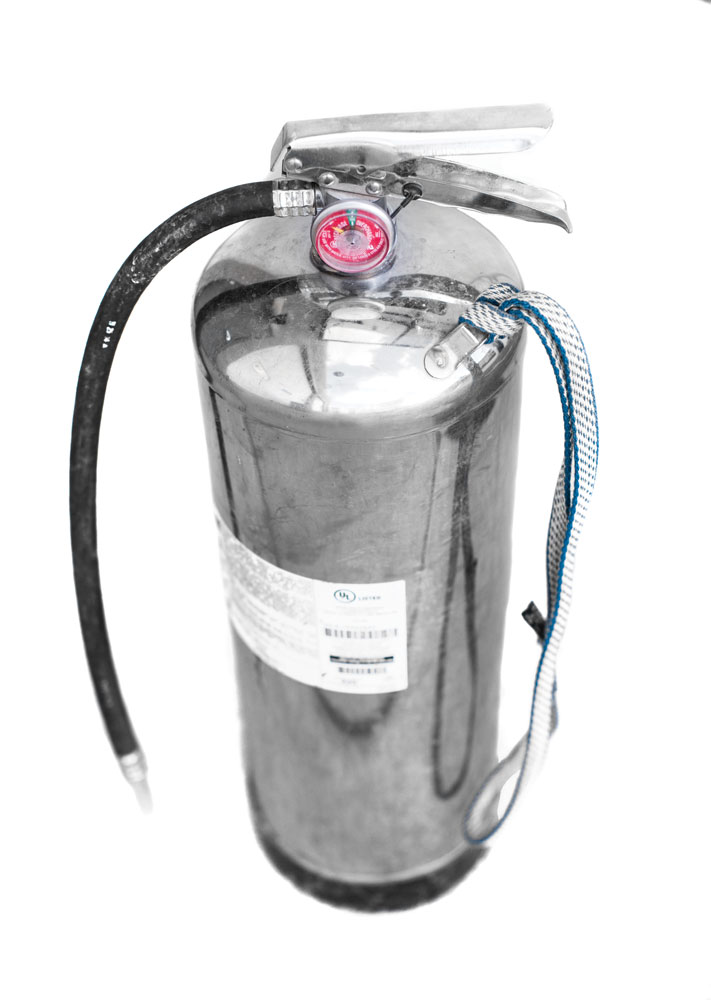 The usual technique is to scrub with a brush and water. But this takes elbow grease and an intimate connection with the grips, a tiring-to-impossible endeavor depending
on the height of the boulder or steepness of the route.

You have knocked on the right door, for I have innumerable shifty/tricky friends who have mastered all of the dark arts. Dr. J., the Aussie who pens the
Medicine column in this very magazine, is one of them. Turns out not only can he patch up tweaked fingers and elbows, he knows about the dirty business of establishing routes, including hold cleaning.

To rid his holds of offending particulate matters, the Doc uses a pump-up fire extinguisher. Not the chemical kind, but the type that you fill with water
and pressurize with a floor-style bicycle pump.

With Dr. J’s specifics in mind, I busted out my Amazon Prime and ordered the Amerex 240 ($105). This stainless-steel beauty holds 2.5 gallons of water,
and when pumped to 100 p.s.i. (manufacturer’s recommendation for quenching a fire) will discharge for 55 seconds. I overcharge mine to 180 p.s.i.,
turning it into a serious power washer.

I’ve been using the Amerex for two years and still marvel at its efficiency. The Amerex can hit a hold with force and precision from 30 feet away, blasting
chalk, dirt and grit into oblivion, and without harming the rock. For new-route prep or boulder or crag cleanups, the fire extinguisher is the schnitzel.

The disadvantage, of course, is that the Amerex isn’t any good without water. Empty, the fire extinguisher weighs seven pounds. Filled with water, it tips
the scales at 27 pounds. Weaklings will think this is heavy. Get stronger, weakling! To transport, load the unit into a medium-sized top-loading crag
pack. At the crag, thread a sling through the Amerex’s mounting bracket and hand haul it up behind you. Next!

This article originally appeared in Rock and Ice issue 239 (January 2017).