Should I worry about spinning bolt hangers? I often encounter these on sport routes and try to tighten them with my fingers or a nut tool to help my head game, but they’re never confidence inspiring when I’m looking at a whipper. 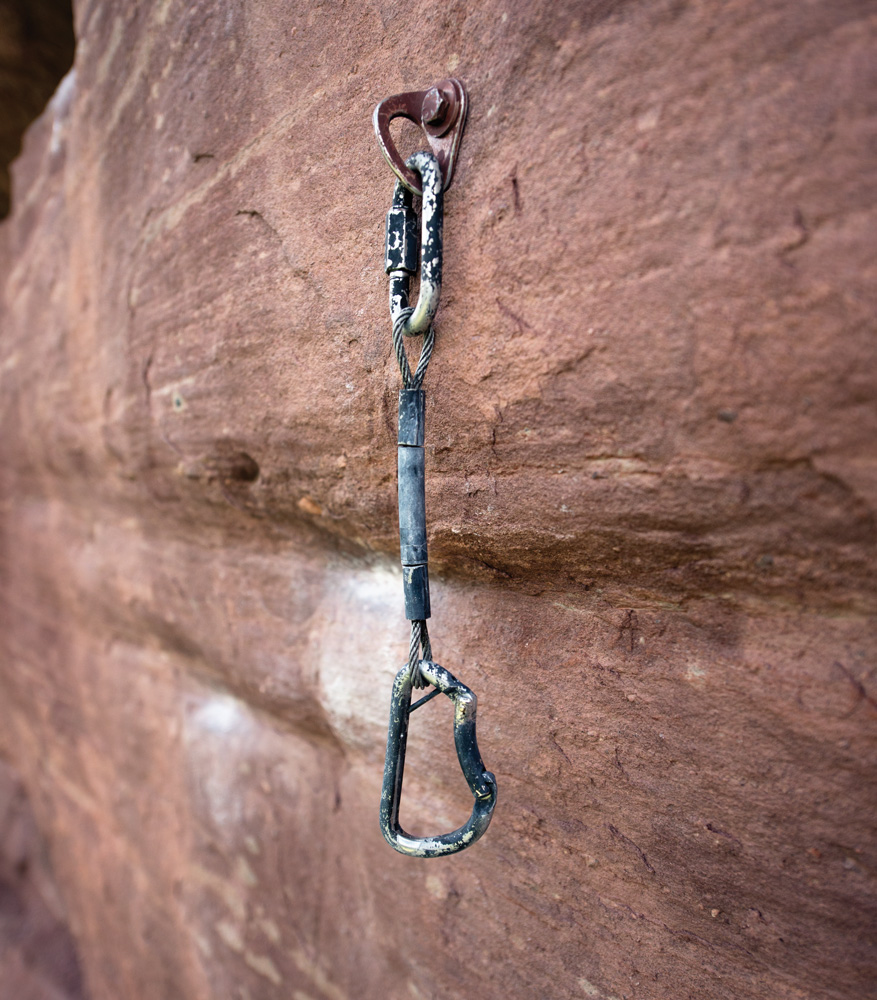 It was still a good day because at that exact moment the truck was seized by a mysterious force that pulled it onto the shoulder instead of into the path
of an oncoming van brimming with babies on their way to day care.

As I unbuckled to see what had happened, the seatbelt also pulled out of the floor—this is completely true. Not only had the lug nuts on the wheels
not been torqued down, neither had the bolt that anchors the seat belt to the vehicle frame.

Perhaps the climbs you frequent were bolted by the same factory tech who worked on that truck.

“Spinner” bolts are like those lug nuts: The wheels on your climbs can come off at any moment. Either the bolts were never tightened down enough, or their
holes are too shallow and the hangers ride away from the rock, or the rock is soft and the bolts crept out over time. Regardless, the bolts are compromised.
To what extent is unknowable unless the bolts actually fail. You are correct to crank them down and worry.

If your crag really is strewn with spinners, organize a rebolting effort and replace the bolts. Get someone who knows what they are doing to place the
new bolts. Bolting isn’t a trial-and-error project, although it is often treated like a marriage. All mechanical bolts have specific minimum hole depths
and diameters that are literally set in stone. Bolts also have a torque rating, as discussed in No. 233, that you need to get close to right.

Yet the problem likely isn’t the placements, it’s the bolts themselves. I’ll guess that the bolts at your crag are the “stud” type with nuts (the Powers
Power-Stud is common), and not the “five-piece” variety where the bolt head is part of the bolt itself. The nuts on stud bolts can loosen and fall
off while the bolt in the rock is perfectly fine. If you are climbing routes with stud bolts (usually old-school lines established by cheapwads), carry
a wrench and really crank on the nuts. A lock washer under the nut might prevent it from loosening again.

When you and your gang do get around to rebolting, don’t use stud-type bolts. Besides their problem with nuts loosening, stud bolts are weak. Use glue-ins
for soft rock. Next!

This article originally appeared in Rock and Ice issue 235 (July 2016).