Here in New Mexico’s volcanic rock we sometimes use glue to keep the rock from crumbling around the bolt. In one instance, glue was used in a vertically placed bolt in basalt to increase the pull-out strength, but this bolt actually pulled out! In other areas I have seen a silicone glue used in the hole to keep water out. Is there a rule for when to put glue in a bolt hole? Should we be specific about the types of glue? 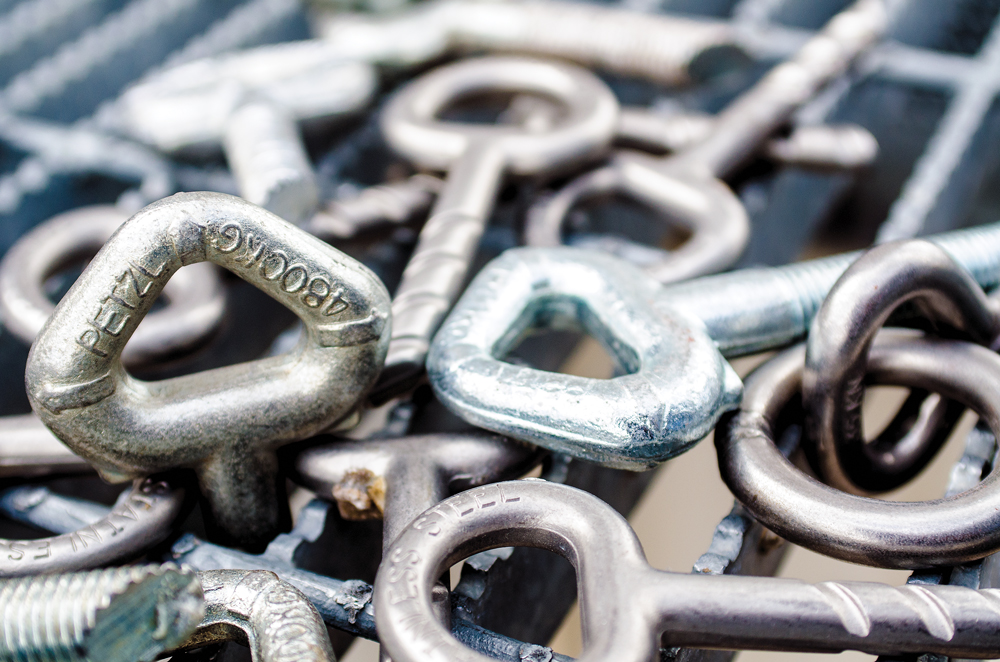 Not to be indelicate, but the situation you detail makes me never
want to climb in New Mexico. Glue-in bolts may be the strongest, longest-lasting and most bomber of all bolts, but I’d rather cut myself and free swim
off the Great Barrier Reef than clip glue-ins that are someone’s science experiment.

Properly placing glue-ins ranks up there with replacing the brakes on your car—it takes tools and know-how, and it is easy to botch the job.

For a glue-in to be strong, the glue has to stick to the bolt and to the rock. Getting these bonds isn’t as easy as you might think. Hole cleanliness is
paramount. Unlike mechanical bolts, where a quick toot on a piece of aquarium tubing suffices to clear the drill dust from the hole, glue-ins require a hole that is absolutely spotless. Think of your colon prepped for a colonoscopy.

To ram home how important the cleaning process is, tests conducted by Bolt Products show that a dirty hole can reduce a glue-in’s holding power by 90 percent.

To answer your question about the glue type, yes, there are specific glues to use with specific bolts. Bolt glues are resins. Some are two parts and you
mix them with a special caulking gun. One popular glue is the suppository-like ampule that breaks and mixes in the hole. The manufacturers of this
type recommend spinning the bolt in the hole at a minimum of 250 rpms, a task that requires mounting the bolt in the chuck of a power drill and spinning it at full bore. Spinning the bolt mixes the glue with the hardener. Since most bolts won’t fit in a drill (use threaded rod and get a rod-to-SDS chuck adapter from Hilti), climbers simply hand spin these bolts. As you can imagine, it is impossible to hand spin a bolt at 250 rpms—we can bet that
100 percent of bolts placed by hand did not have the glue mixed to specification.

That these bolts are not failing by the droves is testament to the massive overkill built into them by the construction industry.

The bolt failure you had in New Mexico could have been caused by a poor glue bond, but probably the glue gummed up the bolt’s workings and it didn’t tighten.

Putting any type of glue or caulking in a mechanical bolt (Powers five-piece, for example) hole is for this reason a no-no. Logically, gluing a mechanical bolt would seem to fortify it, but any mechanical bolt fits in the hole so snugly that most of the glue will either get pushed to the back of the hole, or forced out of the hole. There will be little, if any, glue on the bolt shaft or along the length of the hole. If you are going to use glue in soft
rock, use actual glue-in bolts, such as 1/2- by 6-inch threaded rod. I’ve placed a bushel-full of this type bolt in rock that was no better than soap
and 25 years later they are still in use.

Silicone caulking (or a rubber washer) might serve to temporarily seal over the hole and bolt, preventing water from getting in, but I think caulking causes more problems than it solves. The caulking hides the bolt, preventing you from visually inspecting it, and the caulking eventually cracks and pulls away from the rock, letting water in and making it harder for the bolt hole to dry.

Everything I have just noted is only an outline of what it takes to install glue-ins. Before you attempt to place a glue-in, read everything on the website bolt-products.com. This site covers bolting gear, design, glues and glue systems and installation tips in great detail. It also gives results for various tests on glue-ins—the data is often eye-opening. Gear Guy has spoken!