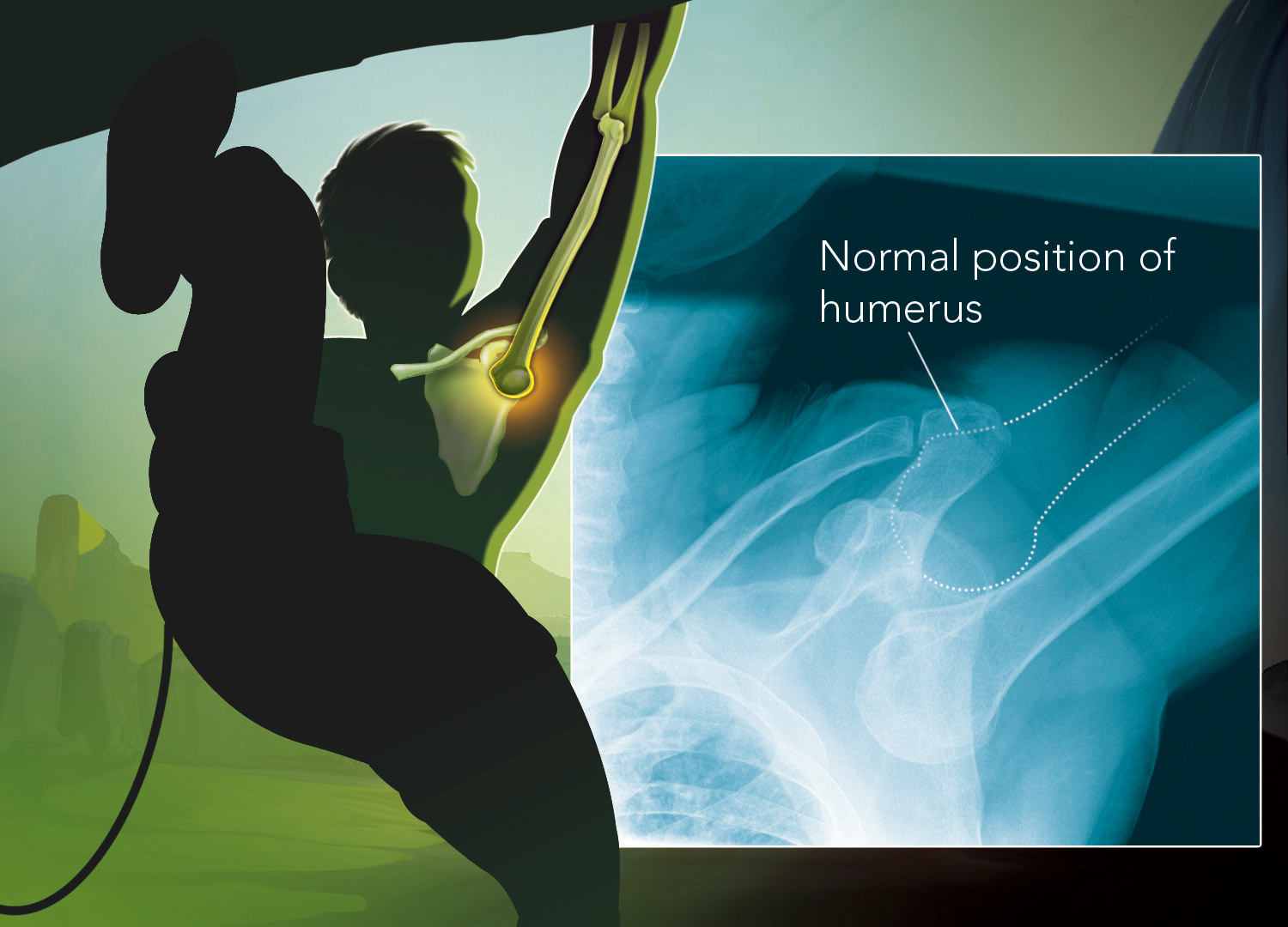 I dislocated my shoulder over the summer and was forced to take a hiatus from climbing. After three months of physical therapy, my shoulder still hurts in certain positions on the wall. The pain is quickly followed by my arm giving out, and discomfort for a couple of days after. Will my shoulder ever go back to normal? Are there specific exercises I should do to build strength and are there movements I shouldn’t do?

You need some damn fine professionals watching your rehab every step of the way, if for no other reason than to avoid the speed traps. If you have not
had an MRI—and it doesn’t sound like you have—sack your current treatment team en masse.

A shoulder dislocation is like a bomb going off in a mall—until you have a look inside, you won’t have a damage report to base your next move on.
If you have significant cartilage damage that has not stabilized, any rehab now is like repairing the Titanic with papier mâché.

I appreciate that the United States medical system doesn’t routinely allow an early MRI for such an injury, but an athlete who is going to re-enter the
sporting arena at the earliest possible time (and probably too early if not managed closely) needs an accurate assessment. A shoulder that dislocates
for a second time due to damage inflicted to the joint in the first injury is significantlymore likely to dislocate multiple times thereafter, at which point you might as well take up croquet and dating older women.

As long as your rehab is thorough, and by that I mean involves massive amounts of stability and strength-based exercises, you should be able to climb again,
and even improve on your previous best. The discretionary qualifier here is that I don’t know how much internal derangement there is. A nasty dislocation
is virtually impossible to rehabilitate fully without surgery, let alone in three months. I have seen patients with massive amounts of damage who didn’t even realize they’d temporarily dislocated their shoulders. I’ve also seen many a person whose dislocation was forever forgotten two moments and a glass of wine after it was relocated.

If you have had an MRI and are cleared of major structural injury then I suspect you need more time and more (or better) rehab until your shoulder is ready
for the stresses of climbing. If you have a reasonable range of motion, you should be OK to try any particular movement as long as the loading is graduated.
My advice: Get a shoulder rehab specialist.