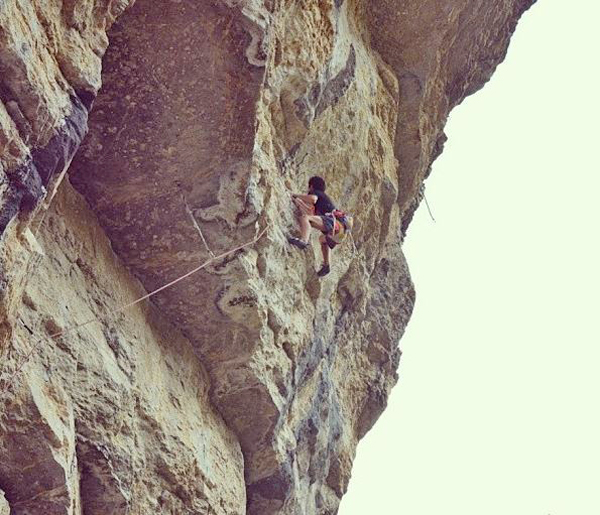 Mirko Caballero’s Instagram” />Twelve-year-old American climber Mirko Caballero redpointed his first 5.14b yesterday when he sent Stop Sika in Rawyl, Switzerland. According to his 8a.nu logbook it took him four tries to stick the route. “I felt strong after two weeks bouldering in Magic Wood,” Mirko writes, referring to the famous bouldering area in Switzerland where he spent the past couple of weeks crushing boulder problems up to V13.

Mirko has been climbing strong in the past year, redpointing at least five routes rated 5.14a or harder since last November. He also flashed Slow Food (Right) (5.13d) and has onsighted at least eight climbs rated 5.13b. Mirko’s bouldering resume is equally impressive, as he sent One Summer in Paradise (V13) on August 14, 2013, as well as at least 25 problems rated V11 or harder.

Check out this video of Mirko Caballero working and sending his first V12, The Aquarium, at 11 years of age:

The Aquarium, My First V12 (8A+) from Mirko Caballero on Vimeo.