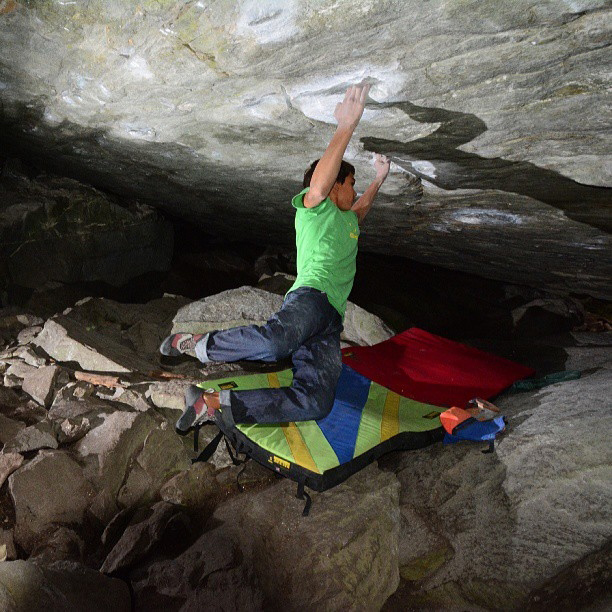 California phenom, Mirko Caballero, has been tearing up the boulder problems of Switzerland. While enjoying a summer vacation to Europe, Caballero visited the Swiss destination of Magic Wood and quickly began ticking off classics. On June 17, Caballero managed a 30-minute send of From the Darkness to the Sunshine (V11), which is a new-school roof problem established by Jarkko Linkosuonio three years ago. Then, after a brief rest, Caballero visited the nearby Muttertag (V11), which he topped out after just an hour’s work.

Two days later, Caballero was back in the Wood to try Massive Attack–a powerful V12 he had attempted last year but “couldn’t pull off the ground” on. Surprising himself, Caballero sent the problem and then decided to revisit the Darkness roof to try The right hand of Darkness (V11), which he says he put down “quickly.”

In just a few years, Caballero has managed to climb over 20 boulders V11 or harder and has ticked five 5.14as. Also, just two weeks ago, Caballero attempted the Nose on El Cap in a day, but unfortunately he bailed due to the heat. Transferring his skills as a competitive gymnast to the rock, the 12-year-old Caballero now focuses solely on climbing.

Check out this video of Jarkko Linkosuonio making the first ascent of From the Darkness to the Sunshine (V11).

From the darkness to the sun shine 8A/+? FA from Jarkko Linkosuonio on Vimeo.