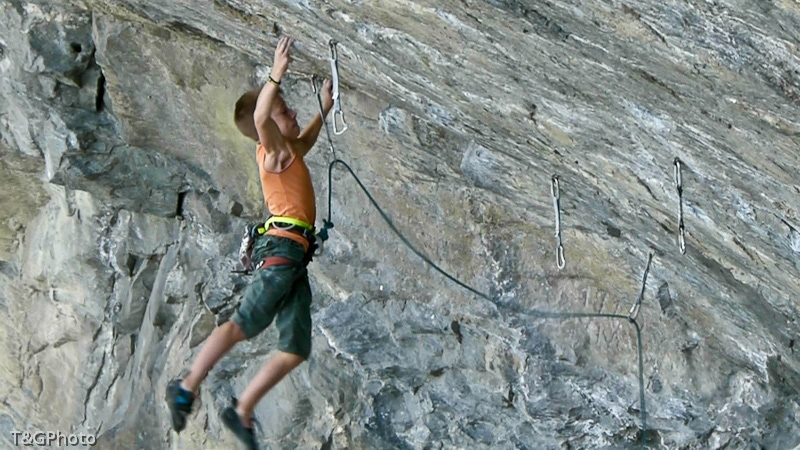 Italian climbing prodigy Tito Claudio Traversa has passed away after being hospitalized from a 50-foot groundfall. Grimper.com reports that Traversa was warming up on a 5.10d sport climb in Orpierre, France, during a climbing trip with his local gym team, which included 10 kids and three adults. Apparently, the quickdraws used to equip the route were slung incorrectly, which resulted in total failure and a groundfall. Details regarding the improper usage of the quickdraws are still vague, however, a rough translation of Grimper’s report notes that the slings on the draws were attached to the carabiners incorrectly. The report indicates that the slings were improperly attached to the plastic/rubber device used to keep the carabiners from turning on the slings. Therefore these mechanisms were the only attachment between the sling and the carabiner and are apparently what failed as they are not intended to hold a fall (for two possible explanations regarding this scenario see the videos below). Although four correctly strung quickdraws were on the route, these quickdraws were unfortunately placed too low to save Traversa. Traversa was airlifted to Grenoble, France, after the accident where he was hospitalized. He died today, after fighting for his life for three days.

Traversa was a young climbing phenom from Ivrea, Italy. He climbed his first 5.14 at the age of 10 by sending Sarsifal in Tetto di Sarre, Italy. Just two days before his accident, Traversa climbed his fourth 5.14a by sending Pablo diretta in Gravere, France.