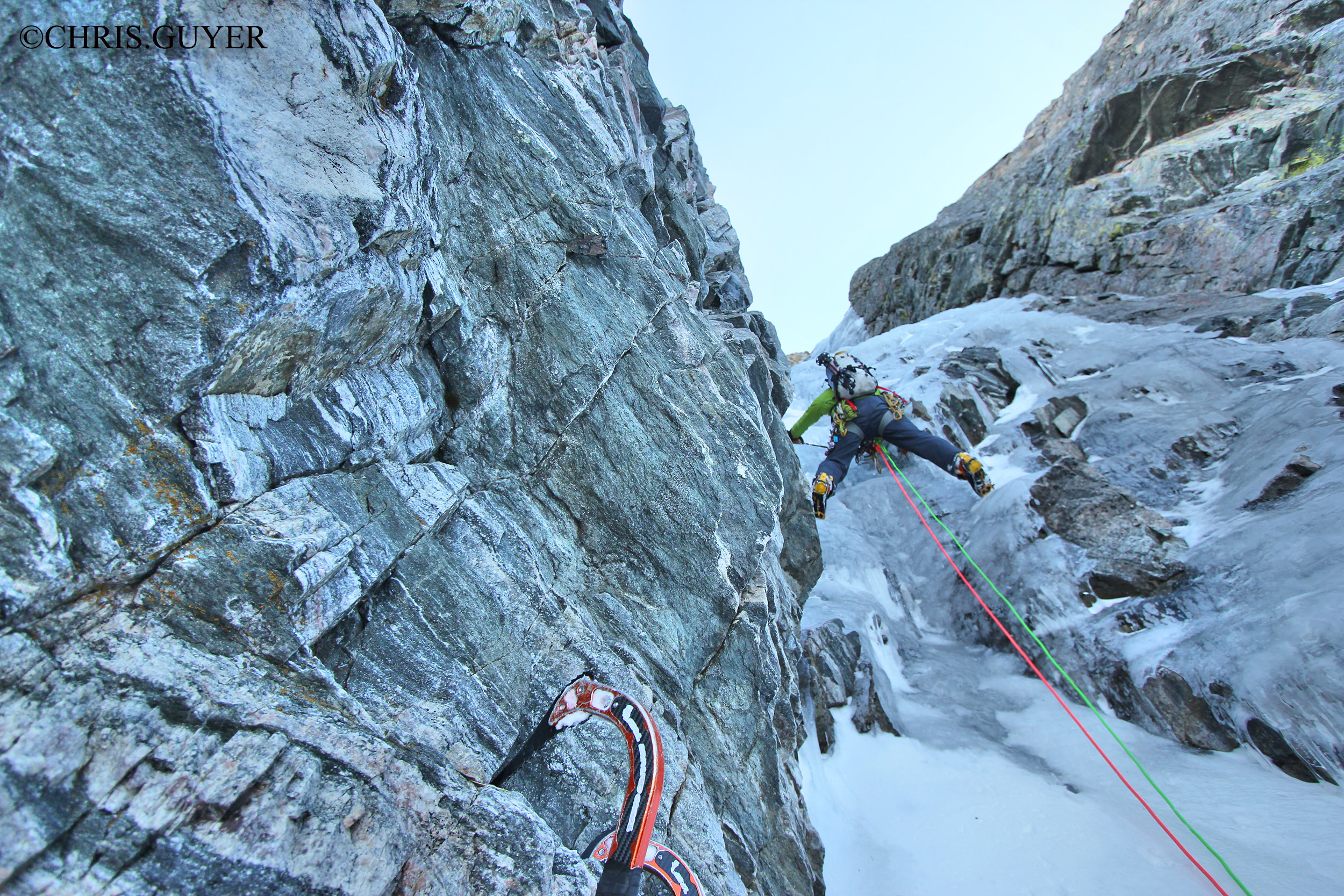 Aaron Mulkey has been chasing ice since 1999 when he moved to Cody, Wyoming. Each year Mulkey uncovers new areas and tallies impressive lists of first ascents, usually off the beaten track, but close to his home stomping grounds. The winter of 2014/15 was no different, except that he returned to Norway and added more big new routes on Senja Island, a destination he first visited in 2013. Mulkey recounts the highlights of his 2014/15 ice season below. He declined to grade the routes.

As another winter begins to wane I once again feel incredibly lucky to have had an incredible season chasing ice. My partners and I established 10 first ascents in the Rocky Mountain Region this winter. It all started September 15th when Doug Shepherd and I put up a new 330-foot mixed route in the Beartooths range of Montana/Wyoming. Then on October 19th my partners and I put up a big new 2,000-foot route in the Beartooths named Last Call. The rest of the winter treated me well with various smears in the South Fork Valley that sort of appeared one day and were gone the next. All of the new routes in the valley this year were 30- to 80-meters long and were of various difficulties. 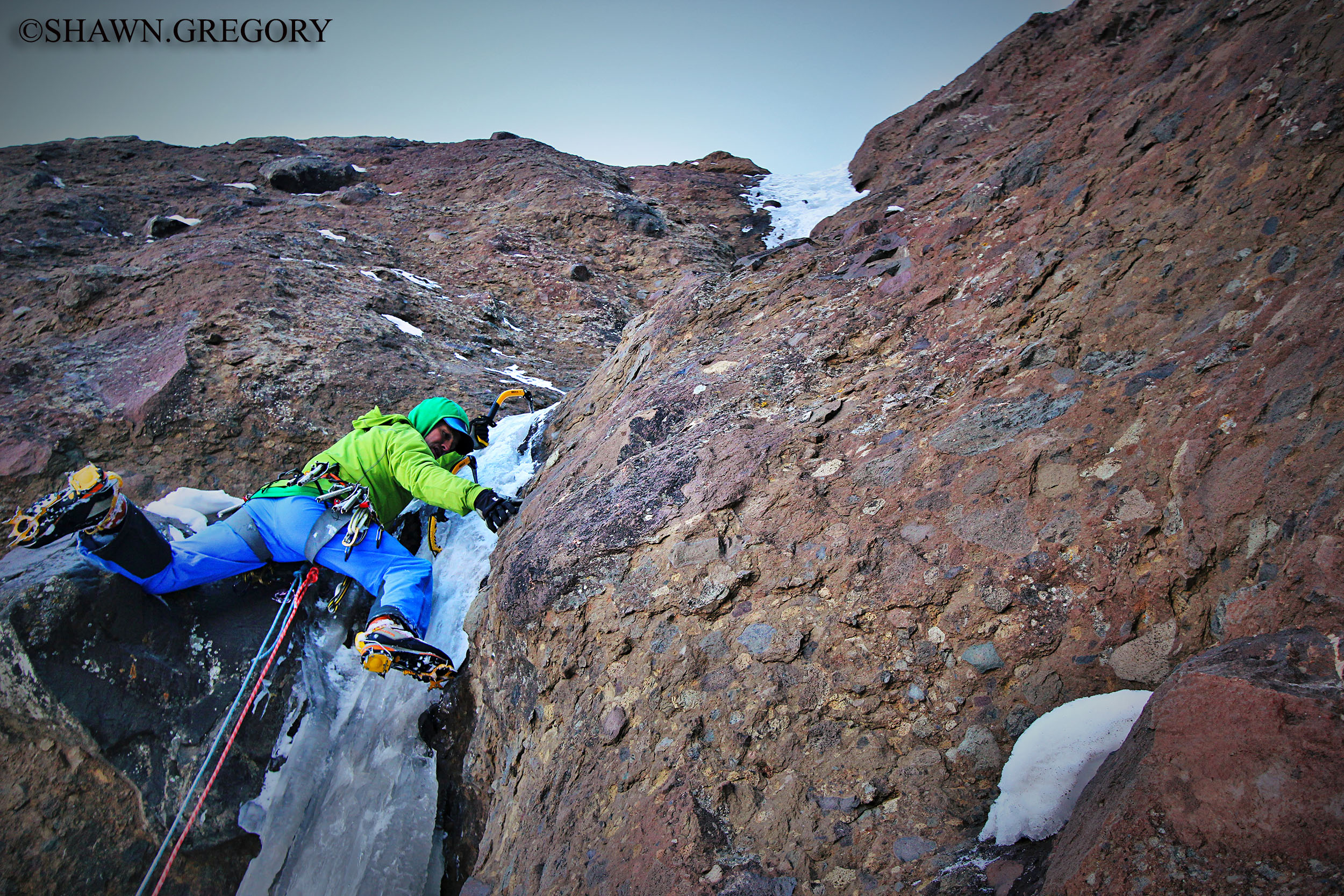 As February came around it was time to head back to Senja Island in Norway. Between February 23 and March 2, my partners Chris Guyer, Daniel Burson, Shawn Gregory and I established three new lines, Tidal Roulette (650 feet), Deliberation Corner (900 feet), Smoke Show (500 feet). Tidal Roulette was an awesome mixed line that rose straight out of the ocean involving 2.5-miles of rock hopping along the ocean. Unfortunately, while climbing the high tide came in and forced us to post hole in the ocean bedrock for hours to get back to the car.

Our next route, Deliberation Corner, looked to be a fat vein of ice that got smaller as it fell off the high cliffs of Luttinden. This route proved to be the most difficult of the trip involving very thin dry tooling up seams to a small ledge where the second pitch followed a very thin smear up a corner. Halfway up you had to step out of the corner system on a thin smear with nothing but air beneath your feet. It was one of the most memorable crux moments on a climb. Thankfully that thin smear lead to fatter ice and onto a small pillar. Once above the pillar the ice was more moderate and provided fantastic climbing for several more pitches. Our last route of the trip, Smoke Show, was spotted on Hatten while climbing the previous route. We approached on skis again to a thin smear that rises straight up Hatten. An incredible long pitch of thin alpine-like climbing leads into a chimney system for some moderate alpine ice and mixed terrain. 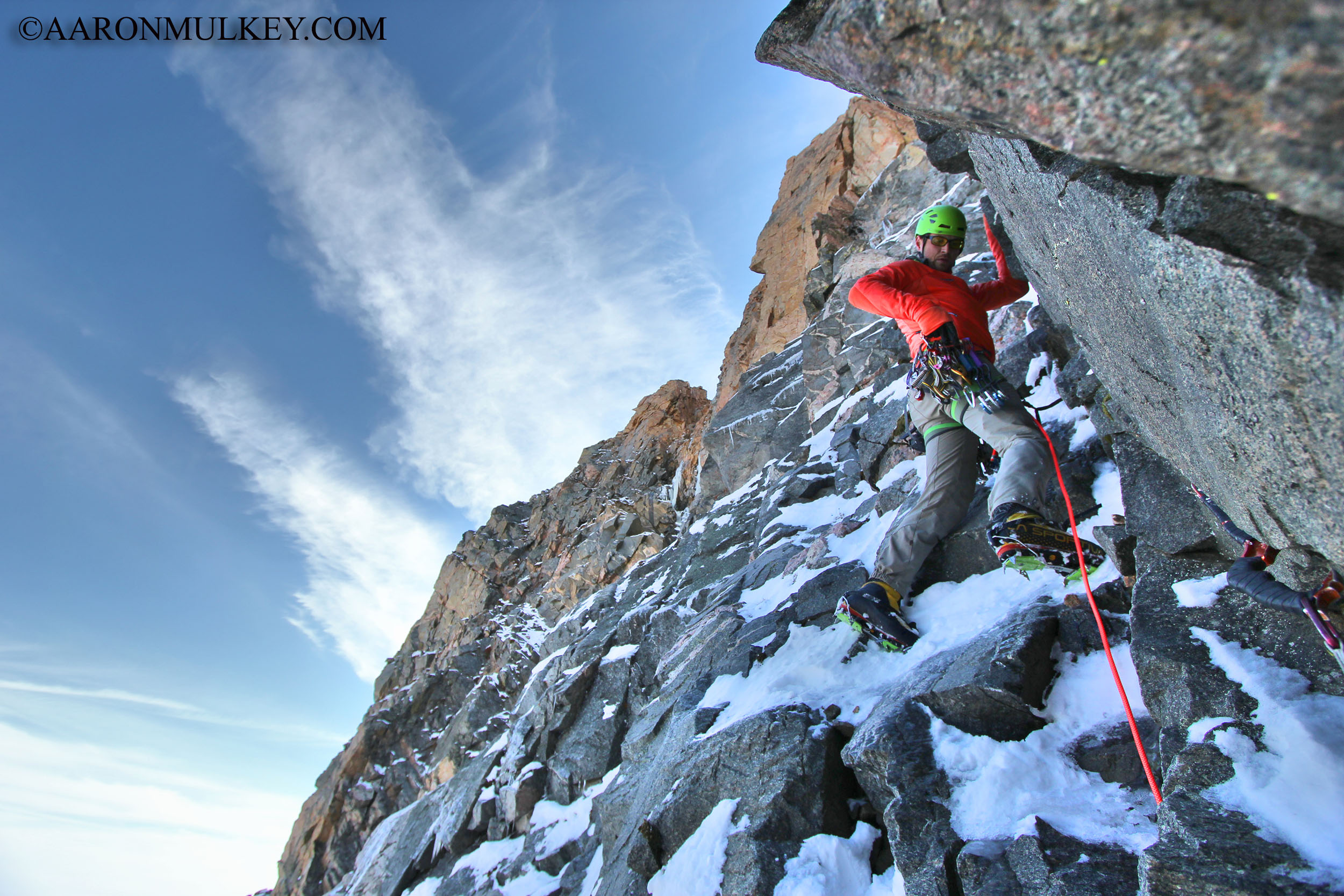 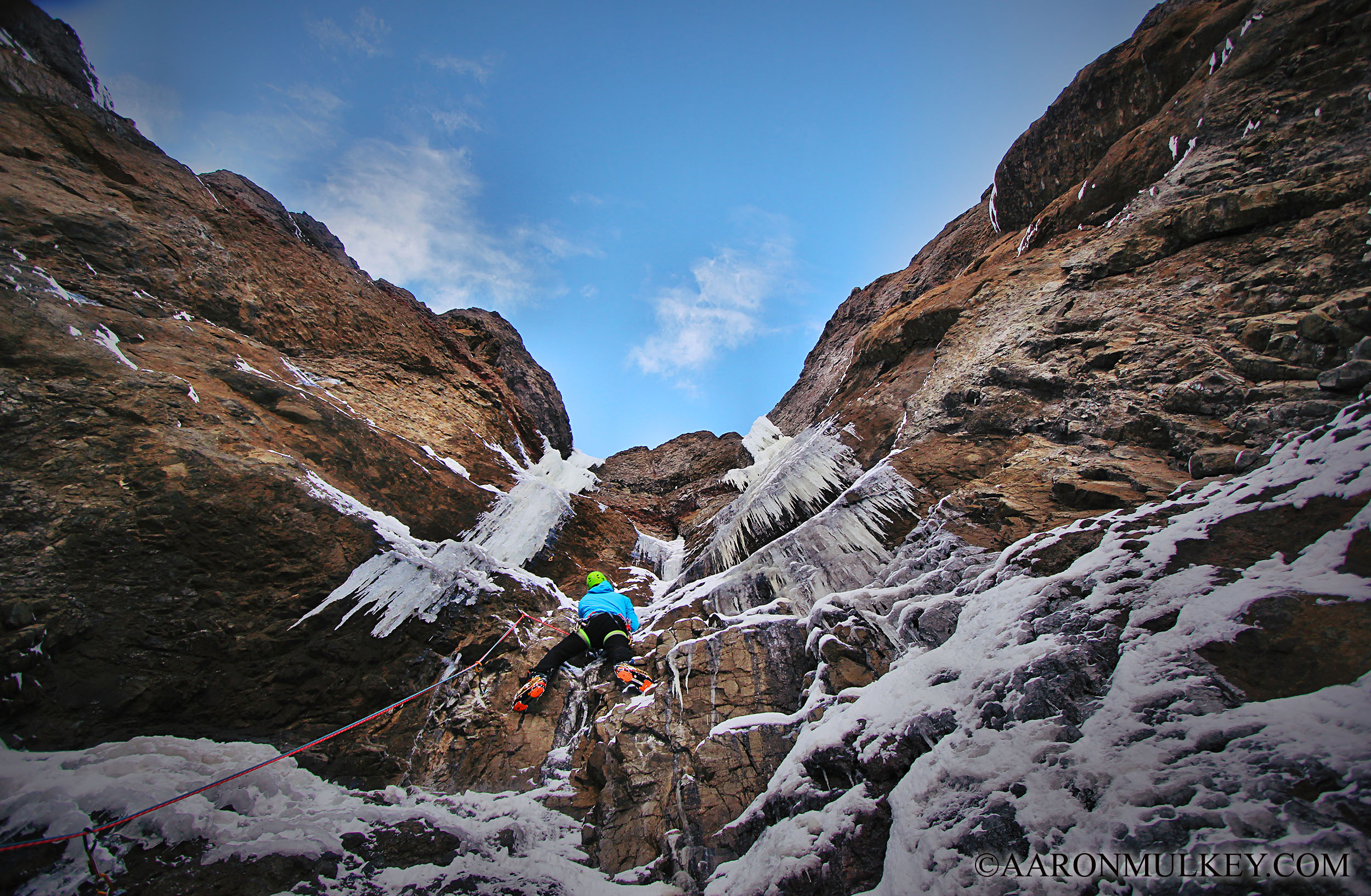