The recipients of the 2017 Mugs Stump Award, one of the most prestigious grants for cutting edge alpinism, were announced
on December 9, 2016 at the annual Bozeman Ice Festival. Founded in 1993, the Mugs Stump Award provides funding to “small teams pursuing climbing objectives
that exemplify light, fast and clean alpinism.” The award has granted over $425,000 in its 25-year history. 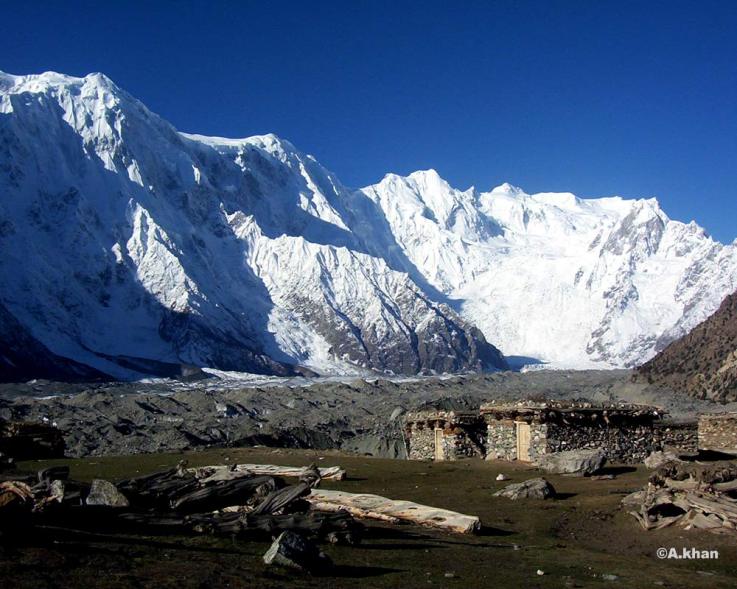 The annual award is named in honor of Mugs Stump, an American alpinist who made a number of visionary
ascents over the course of his career, including Emperor Face on Mount Robson in Canada, Moonflower Buttress on Mount Hunter in Alaska,
and Dance of the Woo Li Masters on the Moose’s Tooth in Alaska. Stumps died in a fall while guiding on Denali in 1992.

This year, five teams, consisting of 13 climbers, split $25,000 to carry out expeditions in Alaska, India and Pakistan.

Several of this year’s recipients are past winners. Graham Zimmerman, Chris Wright and Steve Swenson, who will attempt Muchu Chhish in the Pakistani Karakorum,
have a number of prior Mugs Stump Awards between them: Zimmerman won the award three times prior—in 2012, 2013 and 2015; Swenson won twice before,
in 1997 with Steve House, and in 2015 with Zimmerman and Scott Bennett; and Chris Wright won once before with the late Scott Adamson, in 2014.

Clint Helander, a 2017 recipient who will attempt a line on Golgotha in Alaska’s Revelation Mountains with Andres Marin, previously won in 2009, 2012 and
2013. Marin was a prior recipient as well, in 2011. Jared Vilhauer and Seth Timpano—2017 recipients, along with Sam Hennessy—previously
won the Award in 2014, along with Tim Dittman.

Revelation Mountains, Alaska. Clint Helander and Andres Marin will visit the remote Revelations, aiming for a
direct new route on the east face of Golgotha. Helander, who made the first and only ascent of Golgotha in 2012 with Ben Trocki, attempted the line
in 2015 with Marin; they were turned back by avalanche danger in the narrow cirque below the face. “We ran for our lives as our tent was picked up
and moved 50 feet,” says Helander. “For a week, we fought to survive as more avalanches crossed every part of the cirque. Our bond was forever forged
through that experience.”

Arrigetch Peaks, Alaska. The west face of Xanadu, Adam Ferro, Vitaliy Musiyenko and Brian Prince’s objective,
is perhaps the biggest unclimbed wall in the range, looked at by many by never attempted. “We are hoping to climb it in a long push, employing big
wall tactics of short fixing when possible,” says Musiyenko. “Our hope is to connect natural features and free climb as much as possible.”

Zanskar, India. Alan Rousseau and Tino Villanueva will explore the Suru Valley and attempt a difficult mixed
route on the north face of Rungofarka and a prominent rock buttress on the nearby northwest face of Peak 5780. Both peaks are unclimbed. “In 2009 India
opened over 100 peaks for climbing after being formally closed for many years due to the armed conflict in the region,” says Rousseau. “Rungofarka
and Peak 5780 are among the newly opened peaks. Reports of good rock in the Suru Valley lead me to believe we will find high quality stone on these
formations.”

Kishtwar, India. The Kishtwar region, also recently reopened to climbers after a 20-year hiatus, is still relatively
unexplored. Sam Hennessy, Seth Timpano and Jared Vilhauer will make their second attempt on the 1700-meter North Face of Barnaj II. The peak is an
unclimbed gem, says Vilhauer, and “will provide world-class ice and mixed climbing on a big alpine face in a mystical landscape.”

Karakoram Himalaya, Pakistan. Steve Swenson, Chris Wright and Graham Zimmerman have their sights on a long and
technical ridge on Muchu Chhish, the world’s second highest unclimbed peak at 7453 meters. “The line is stunningly beautiful and safe from objective
hazard, while providing a logical and challenging 3400-meter alpine-style objective,” says Zimmerman. “We’ll be traversing a mile of ridge above 7000
meters to reach the elusive summit of Muchu Chhish.”

For more information and for reports from previous years, visit mugsstumpaward.com