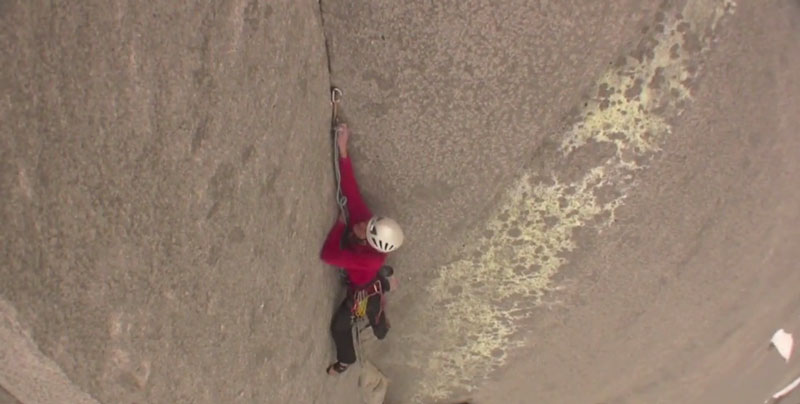 Merlin Didier, Sean Villanueva and Stephane Hanssens, all of Belgium, spent mid-January through mid-February in Torres del Paine to attempt these first free ascents. On Cerro Catedral, they started on a route called La Escoba de Díos and then moved left into a route previously attempted free by Mason Earle, George Ulrich and Pete Rhodes. After spending eight days on the 3,000-foot-plus face–which primarily consisted of 5.11 climbing but had pitches up to 5.13–the team succeeded in a first free ascent.

On 1,600-foot face of Cerro Cota, the team freed the 1993 Italian Route, where they spent six days with bad weather. Once again, the route had many 5.11 pitches, but with a crux pitch up to 5.13. While descending they cleaned the fixed ropes abandoned by the first ascent team.

After climbing in Torres del Paine, the team moved on to put up a new route on Fitz Roy in early March. They started on a previously unclimbed 5.12 pillar before moving in to a large ledge known as the Grand Hotel. From there, they started climbing El Flaco con Domingo and then Afanassief to reach the summit in a 31-hour push.

Check out the video below of Mason Earle, George Ulrich and Pete Rhodes on Cerro Catedral in 2010:

Photo is a screenshot from the above video.