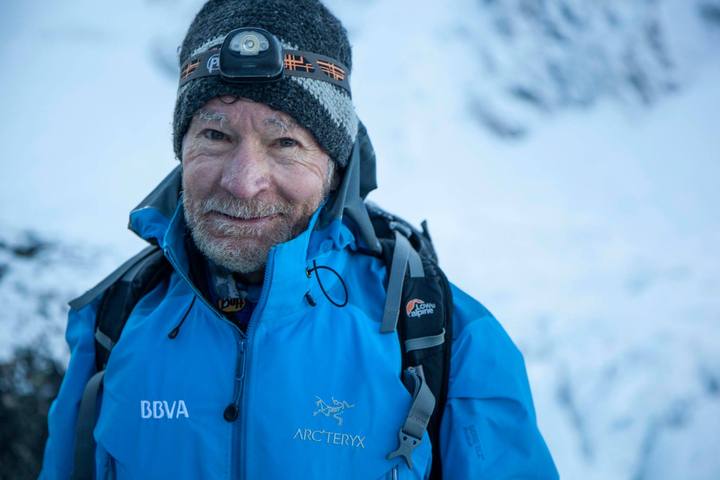 On May 18, Spanish climber Carlos Soria, 75, became the oldest person to summit Kangchenjunga (28,169 feet), the world’s third highest mountain. This was the 11th 8,000-meter peak that Soria has climbed. The Banco Bilbao Vizcaya Argentaria (BBVA) Press Room reported that Soria commented about the climb stated, “It’s a typical thing to say, but what I truly feel is that this is everyone’s summit.”

Soria summited Kangchenjunga with his teammates Sito Carcavilla, Luismi Lopez, Carlos Martinez and Sherpas Muktu, Barbu, Pasang, and Jumbu. Soria attempted Kangchenjunga last year, but turned around at 27,230 feet because he was behind schedule.

Soria is one step closer to his goal of being the oldest person to climb the world’s 14 highest peaks. Left on his list are the Himalayan Mountains Shishapangma, Annapurna I and Dhaulagiri. Soria is the oldest to summit K2 at 65, Broad Peak at 68, Makalu at 69, Gasherbrum I at 70 and Manaslu at 71.
anaslu at 71.