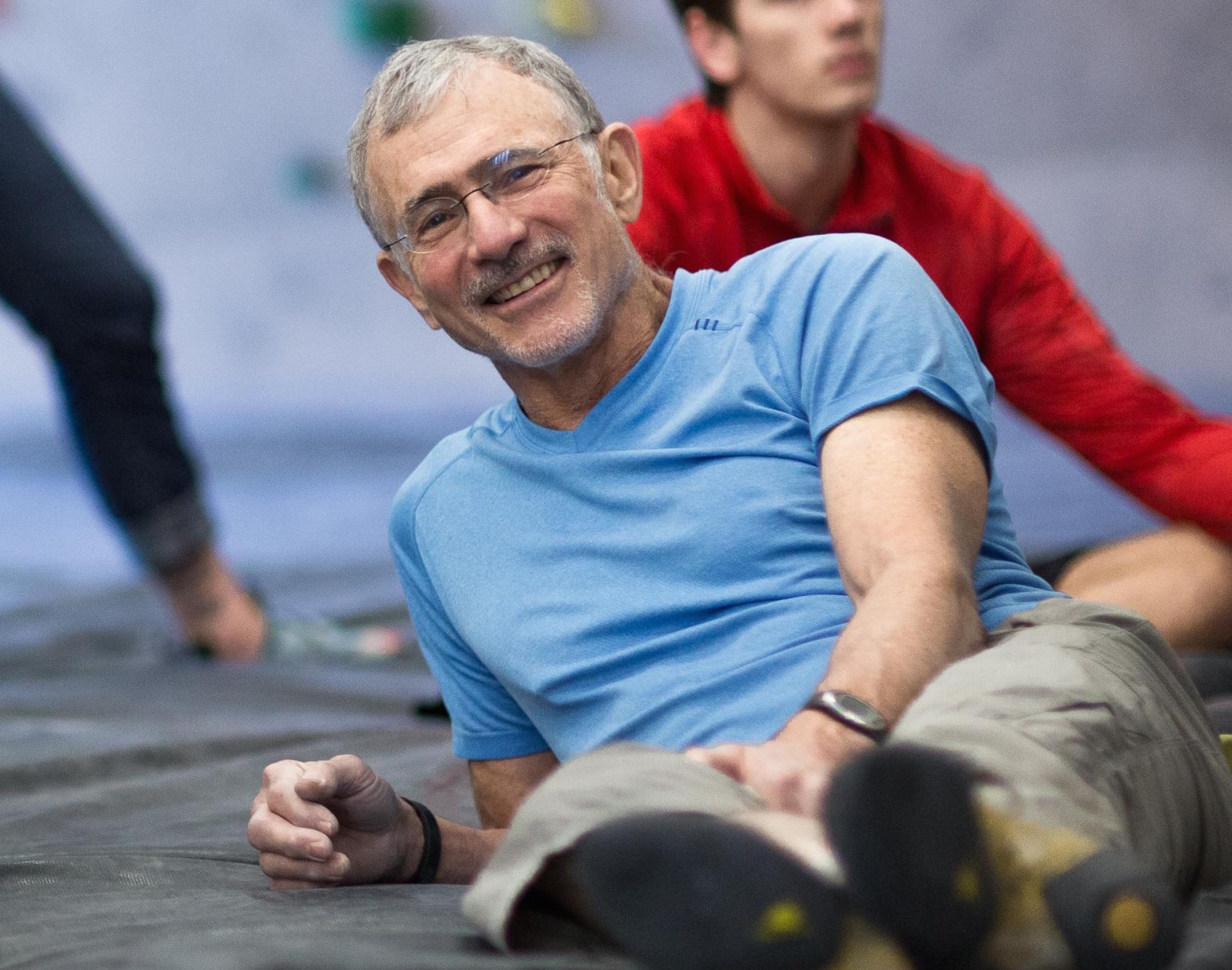 Luke Humphrey
The first time that we climbed together, in Eldorado Canyon, Colorado, I at first thought it was funny when Doug Walker quizzed me on Shakespeare quotes, then found it curious—as he continued at every pause and belay on a couple of single-pitch routes and then a three-pitch one.

“You were an English major, right?” he’d opened the volley. And yes, but it had been a while. I soon got a huge kick out of the astonishing amount of quotes he knew and the way in which they kept pouring out.

“The play’s the thing,” he said. “Wherein I’ll catch the conscience of the king.” Well, I could guess Hamlet, but he knew the whole context, and also threw out and explained a different line or two from the scene with Rosencrantz and Guildenstern, and I am still racking my brains trying to remember what those words were. (Author’s note: I never remembered the quote, though kept hoping it would surface; then two weeks later I found that I had been so interested as to note it in my phone. The line was, from Guildenstern,”Start not so wildly from my affair,” meaning to stick to the subject, with this response from an acquiescing Hamlet: “I am tame, sir. Pronounce.”)

At least once after spending time with Doug, I went home and looked information up.

Doug Walker, entrepreneur, philanthropist and American Alpine Club president, active in a huge array of conservation and humanitarian causes, was found New Year’s Day on Granite Mountain, near his home in Seattle, amid avalanche debris on a hike he’d done some 200 times. He is the first president of the AAC, established in 1902, to be killed in office.

In October, Janet Wilkinson and I carpooled with Doug to a party in Denver after an AAC board meeting at club headquarters in Golden, and with a fast bouldering session in between. Janet, pregnant and tired, sat quietly in the back as we drove through the night, he fired out quotes, and I egged him on.

“I won’t forget that car ride,” she tells me. “It was constant with him, and I do not have a mind for trivia, but he never gave up trying to get me to engage with it! My impression from the back seat was amazement—that we’d just had a full-day meeting, led by him, several hours of climbing and several hours of networking, I was dead tired, and here he was, talking circles around us both as his mind continued in rapid-fire mode.”

Another general impression, she says, is this: “He didn’t have a mean bone in his body, and I was also amazed how he treated everyone with absolute equality of respect and presence. I was so flattered any time he asked advice, knowing his instincts and knowledge were so advanced, and he didn’t do it just because he should since I was a colleague on the board, he did it because he really cared what I thought.”

Walker, 65, and a climber of 40 years who in 2012 ascended Ama Dablam in Nepal, made his fortune as a software entrepreneur. According to historylink.org, he was in 1981 a cofounder of Walker, Richter and Quinn (WRQ), started on $500 and brainpower. In that pre Internet era, WRQ developed software to connect early desktop computer systems into central IT.

The Seattle Times wrote, “Mr. Walker’s business was hugely successful, a fact he attributed to good fortune, his wife said.” The newspaper quoted Maggie Walker, Doug’s peer in philanthropic effect and a mode of seeking “integration” among various parties, with this summary of his bedrock belief: “[W]hen good things happen to you, you have to pay it forward and not assume that it’s all because of you. It’s because of a place and a community that you benefited from, and have to help preserve so that other people can benefit from it, too.”

His life was jam-packed with useful work. Doug served on the boards of many not-for-profit organizations, including the Wilderness Society, the Sierra Club Foundation, and Conservation Lands Foundation. He was a former chairman of the board of the Fred Hutchinson Cancer Research Center, dealing with top surgeons and asking them what they needed and what funding should be sought. He was also active in the Seattle Parks Foundation, the Institute for Systems Biology, Forterra (formerly the Cascade Land Conservancy), the UW College of the Environment, the Mountaineers conservation and mountain-education organization, and the YMCA (where he was a volunteer instructor for the BOLD program). Among his passions was creating opportunities for underprivileged youth to experience the outdoors.

Walker was also the former chairman of REI, where he had developed an enduring friendship with Sally Jewell, now Secretary of the Interior, as fellow board members. He had only two weeks ago visited the White House to meet with senior staff about developing philanthropic support for programs to help city kids go outdoors.

As a climber, Doug visited and experienced many areas across the United States, from the Southeast to Red Rocks and Yosemite, northward into Alaska, and to Squamish, the Bugaboos and elsewhere in Canada as well as areas in Europe, New Zealand and Africa. At home in Washington he led a funding effort that raised $250,000 for preservation at the popular Index Town Walls area. He was humble about his climbing ability, but I was impressed by how solid an all-arounder he was, leading trad climbs or hastening around a gym, and he once led a U.S. Senator up the Grand Teton.

Doug was born in South Carolina, attended Vanderbilt University and graduate school at the University of Washington. “He was a math genius,” says Steve Swenson, a past president of the AAC and fellow Seattle-ite, who drew Walker into involvement in the club. Swenson, who like Walker is involved in many area organizations, vividly recalls Walker urging him to be patient and respectful with opponents on a given issue even when their views seemed unreasonable. Walker told Swenson, “You might want them as your allies sometime.”

Walker was also a Civil War and World War II expert, his home containing walls of charts and models as well as a wealth of related books.

Charlie Sassara, another AAC past president, with whom Walker at the time served as secretary, says, “Doug was gracious, smart and Southern Cool.”

The American Alpine Club has established the Doug Walker Fund as a memorial: www.americanalpineclub.org/donate.

Doug Walker will be added to Climbers We Lost in 2015