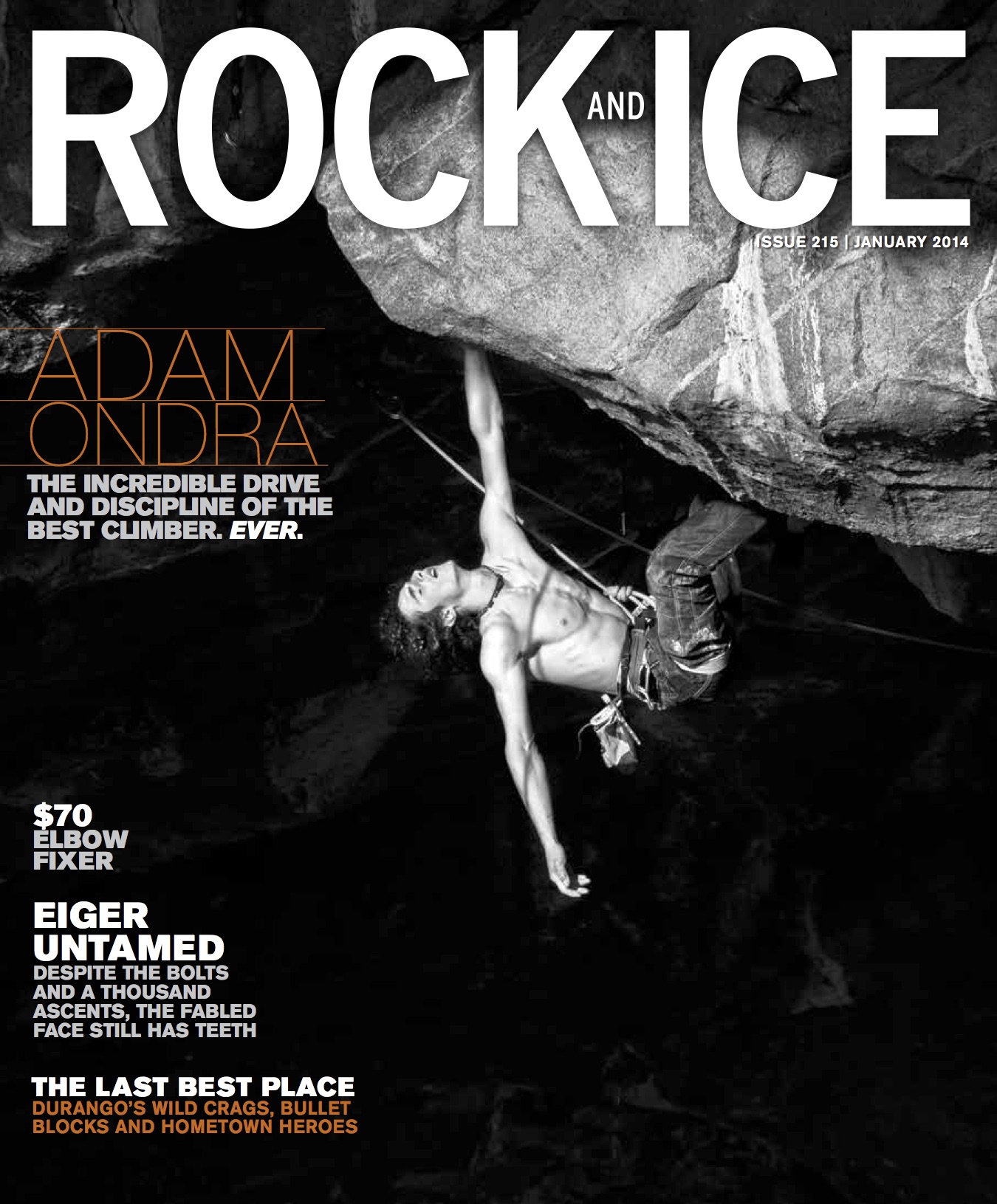 Claudia Ziegler.” title=”Adam Ondra catches a marginal rest on Move (5.15b) in the Hanshelleren Cave, Flatanger, Norway, on the cover of Rock and Ice issue 215 (January 2014). Cover photo: Claudia Ziegler.”>
Adam Ondra, fresh out of his final exams, headed to Flatanger, Norway last week to work his super projects—two of which could possibly
break the 9c/5.15d barrier. But exhausted from his exams, he instead dedicated himself to an “easier” project and came away with the first ascent
of 120 Degrees (9a+ 5.15a) on June 19.

“I have been hungry to try to the hardest projects in Flatanger right after my final exams at university, but somehow I felt they were just too far away,”
he told Fanatic Climbing. “The final exams just took me so much energy that
I did not feel as strong as I expected I would feel.”

His new route, previously referred to as the “Inverted roof project,” begins on Elden Inuti (8a+ 5.13c) and moves into an “absolutely crazy inverted
roof boulder problem,” Ondra described on his 8a Scorecard. He bolted the line last summer.

The entry 5.13c moves lead into the roof, where it is “really hard to swing your feet across the roof and make this awkward downward move while having
heel-toe-cam,” Ondra told Fanatic Climbing. “I found some better beta and
the expected grade of 9b [5.15b] did not stick, 9a+ is probably better.”

He has four super-projects remaining in the famous Hanshelleren Cave, and two have the potential to break into the next grade.

His other projects include a “hard 9b+” variation to Change—the world’s first 5.15c and benchmark for the grade, which Ondra established
on October 4, 2012—and “Project Big and “Project Hard,” both possible 9c’s according to Ondra.

“Big Project is the LINE of the cave and the dream of my life,” he told 8a.nu, “but I think it will take a few seasons, but let’s see.

“I do not want to make too much pressure on myself, I will try the projects this summer a bit, but if they feel [a] million mules away, I will try my luck
in the future. I am super happy as I have just finished [my] first bachelor studies and after three years of hectic life I want to enjoy climbing outdoors
to the fullest.”

Watch Ondra project Change, the world’s first 5.15c, in the video below: