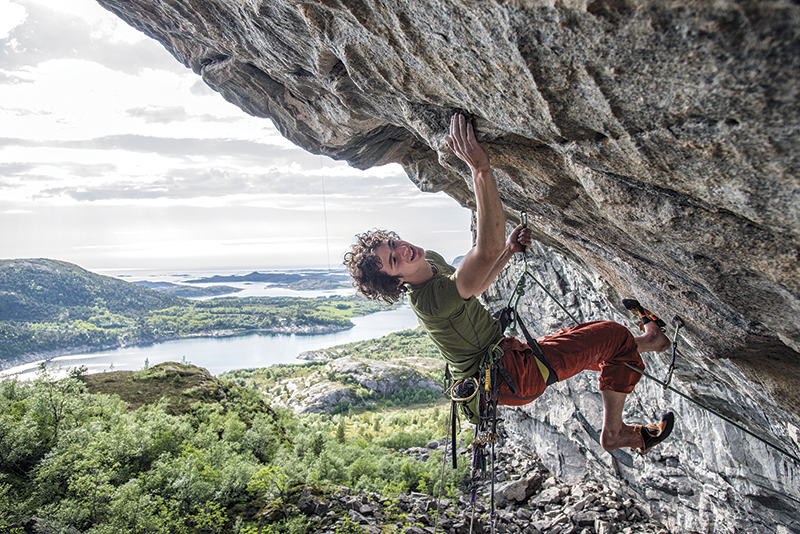 The beating of a hammer drill echoed off the massive gray walls of the storied Hanshelleren Cave in Flatanger, Norway, home to Change (5.15c) and Move (5.15b), two of the world’s hardest routes. It was 9 p.m. and still light. The drill belonged to Adam Ondra, who had already established seven new routes since arriving here a week ago in late May, 2013. He had thought that the projects would occupy him all summer, then he redpointed five of those lines in a single week.

“Finally I’m getting a little stronger,” he said after sending The Illusionist, a new 5.14d.
When Ondra wasn’t dispatching his projects, he would lie on his back, peering up at the roof for hours, scouting new routes. Above him loomed uncharted territory, providing the perfect canvas for someone possessed by a psych few people can even imagine.

“When I repeated most of the world’s hardest routes, it was a natural progression to try to break the path ahead and push the limits,” he says. “Bolting is time-consuming and tiring, but I’m enjoying myself.”

As he bolted, Ondra’s singing and whistling floated down from the roofs, the acoustics of the cave spreading his notes of inspiration.

Flatanger is a new proving ground for hard sport climbing, and it has been drawing elite climbers from around the world. The area’s Hanshelleren cave is set within a sprawling granite cathedral. Its dark interior opens like the giant mouth of a Norse god. The cave sports 260 feet of overhanging climbing capped by a 160-foot headwall. The granite is crisscrossed by cracks and peppered with blocky holds. Although Ondra, Ethan Pringle, Dani Andrada and Magnus Midtbø have been bolting the hardest lines on the massive roof, other route developers have been steadily churning out lines for the rest of us on the cave’s vertical and slightly overhanging outer edges. As a result, Flatanger has turned into one of Scandinavia’s premier crags.
== 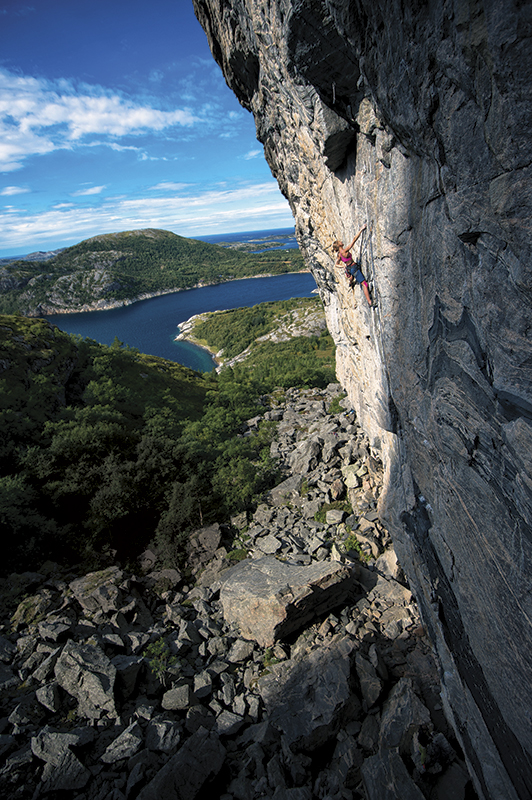