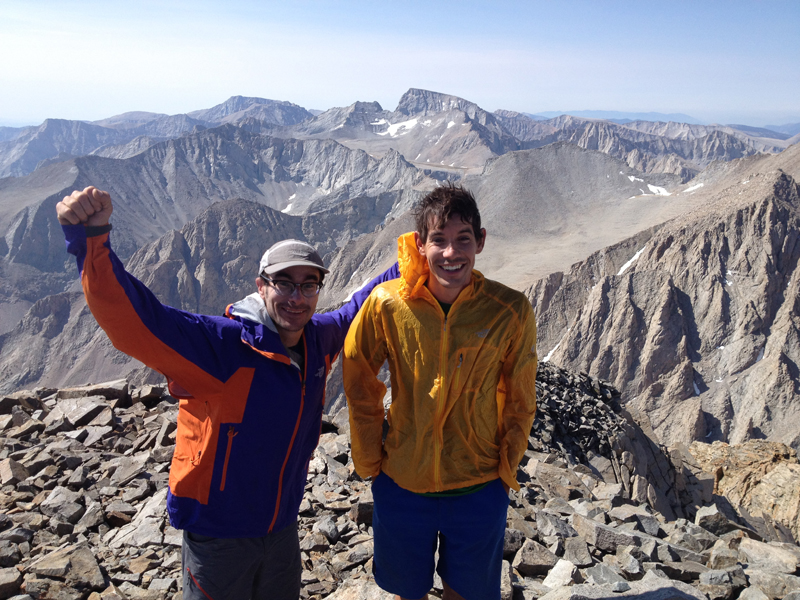 Cedar Wright and Alex Honnold have completed a link-up of all of California’s 14,000-foot peaks using only human-powered transportation between trailheads. The adventure, which Wright described as a “full-on suffer fest,” began when the pair climbed the 4th class Sergeant’s Ridge route on Mount Shasta and was completed when they onsight freesoloed Rest and Be Thankful (IV 5.10a) on the north face of Mount Langley.

For most of the climb, Wright and Honnold avoided the standard routes of the peaks they were climbing, opting instead to onsight free solo as many technical climbs as they could. In an email with Rock and Ice, Wright recalled that virtually every mountain had “at least a short moment of bliss, followed by long sections of physical and mental anguish.” Highlights for the pair included the Palisade Traverse (5.9), which climbs a long ridge between Mount Sill and Thunderbolt Peak and summits five 14,000-foot peaks in the process, the Mithril Dihedral (5.9) on Mount Russell, as well as getting to bike down steep mountain passes after each climb. “We both hit speeds of over 50 mph on our bikes… Bombing down those passes was an awesome reward for the hard work to bike up them,” Wright explained. 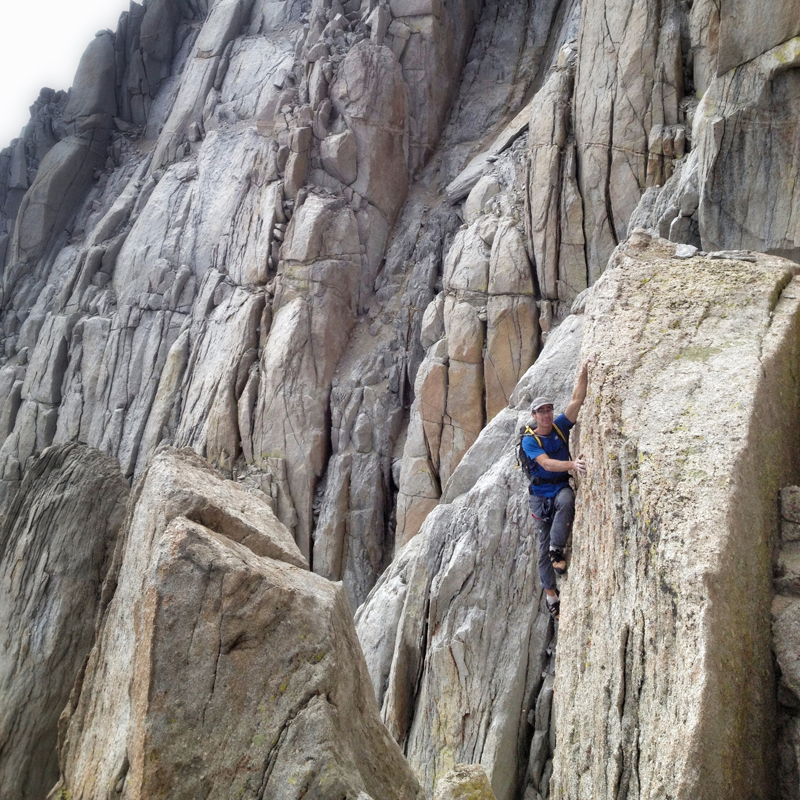 The long adventure was not always fun, however, and though the pair are accomplished rock climbers and adventurers, road biking was new and challenging for them. “About three hundred miles in, we were both suffering from knee pain and general exhaustion,” Wright said. “At one point along the way we did a hundred-plus mile day and were totally exhausted but couldn’t find a good place to camp and ended up bivying amongst the cow patties in a pasture.” The pair also ran into trouble when they mistakenly ascended Norman Clyde Peak thinking it was Middle Palisade. After realizing their mistake, Wright and Honnold made a dangerous solo on “decomposing 5.9 choss in approach shoes on a knife edge ridge with a thousand plus foot drop on each side” over to Middle Palisade. Wright recalls Honnold turning to him during the ordeal and saying “this is hardcore,” which, according to Wright, “coming from Alex really means something!”
Wright reflected on the journey, calling it one of the most difficult and rewarding in his life. He hopes they have inspired others to take on similar adventures and is “looking forward to another big, human-powered sufferfest sometime in the future…”