Alex Huber has made the first free ascent of the 10-pitch Wetterbock (5.14b) in the Austrian Alps.

“On days like those, things simply couldn’t be better,” Huber reported on Planet Mountain. “It was steep, it was beautiful… and sadly it’s all over!” 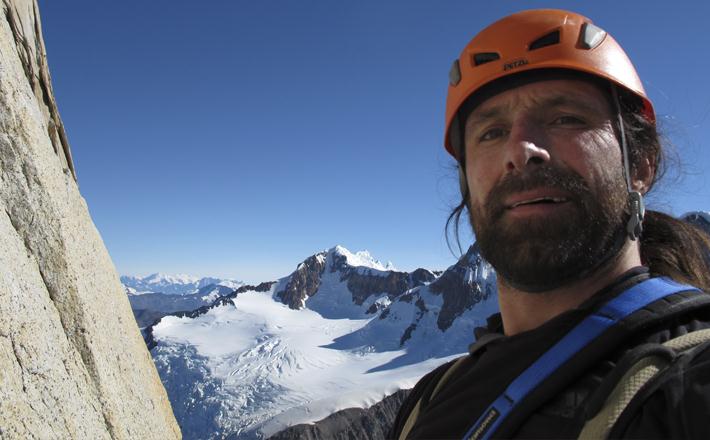 The German climber began exploring the route in September 2013, but was unable to redpoint it due to snow. Heavy rains similarly deterred him this past August. Finally, he and Michi Althammer found a window of good weather. On September 18 they linked the pitches together.

Huber reported to Planet Mountain that Wetterbock, which he can see from his kitchen window, is a demanding alpine endeavor given its three-hour approach and exposed location on the 3,280-feet East Face of Mount Göll.

Alex Huber may be the first man to have climbed 5.15a, now that his Open Air in Schleierwasserfall, Austria, given 5.14d, was uprated by Adam Ondra, who made the second ascent in 2008. In 2004, Huber free-soloed the Communist (5.14a), also at Schleierwasserfall.

In 2008 Alex, his brother and the Swiss climber Stephan Siegrist traveled to Antarctica and completed the first ascent of the west wall of 8,700-foot Holtanna Peak, also topping Ulvetanna Peak, 9,612 feet, one of the most demanding climbs on the continent. A year later he and Thomas made the first free ascent of the 35-pitch Eternal Flame, which features 13 pitches graded 5.11 or harder, on the Trango Tower in Pakistan. It is considered one of the hardest free climbs above 20,000 feet.

Huber is a certified ski and mountain guide and has been a professional climber since 1995.