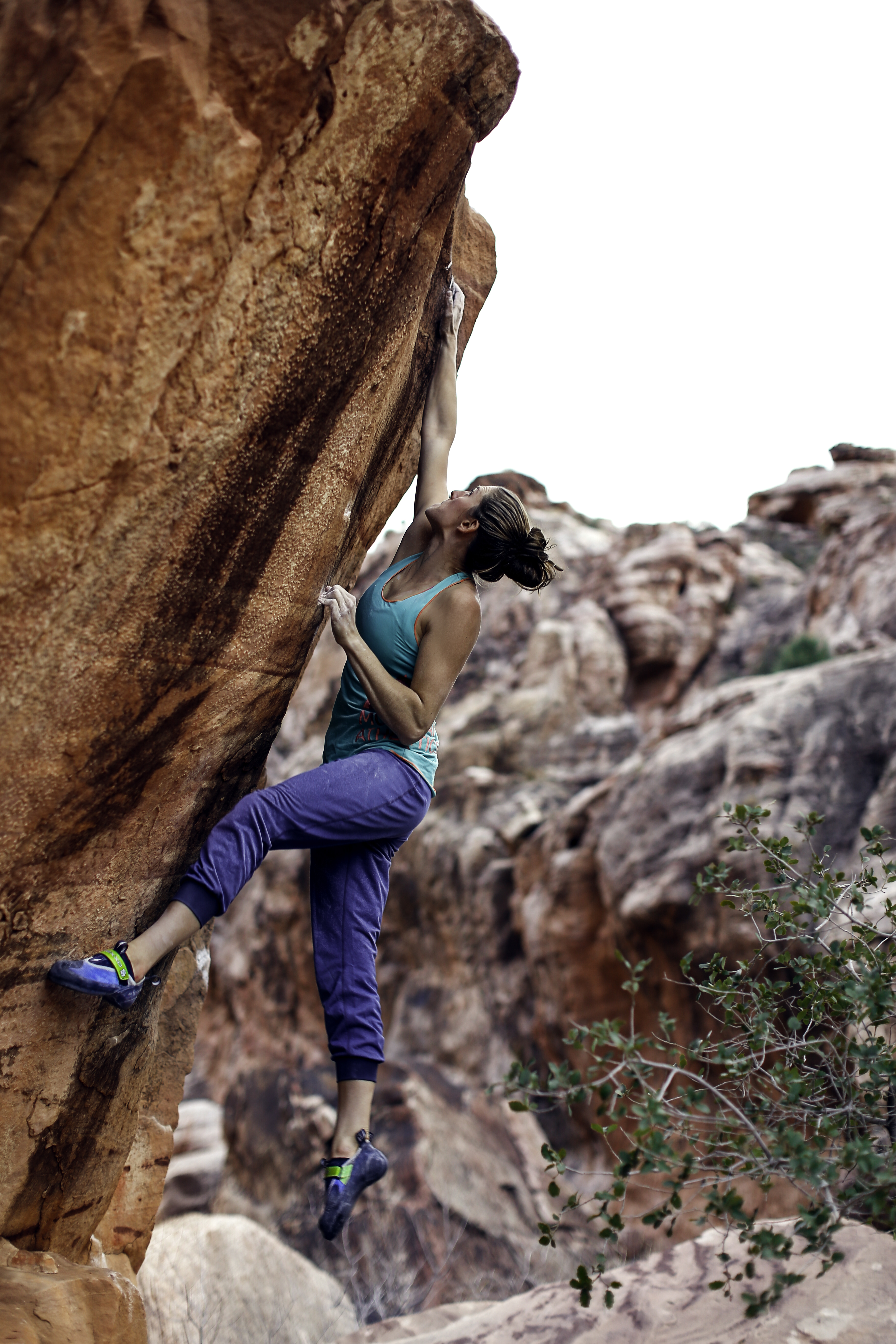 Alex Johnson, a Las Vegas resident, has claimed the first ascent of The Swoop (V10) in Red Rock, Nevada, on her fourth day working the boulder problem.

“We’d heard from Tom Moulin—author of the guidebook Southern Nevada Bouldering—that the arête left of Tiger Lily hadn’t been climbed,” Johnson told Rock and Ice. She decided to check it out, but thought the arête looked nearly impossible. However, Johnson noticed that the black-and-orange-striped face to the left of the arête had some holds.

“It looked stunning, an obvious line,” says Johnson. “It grabbed me and inspired me right away. Every time I left, I couldn’t stop thinking about it.”

Johnson, 25, a five-time national bouldering champion and two-time bouldering World Cup gold-medalist, has in recent years shifted her focus from competition climbing to outdoor pursuits. She was one of the first women to climb V12 and has built an impressive tick-list of first female ascents, including Clear Blue Skies (V12), Mt. Evans, Colorado; The Mandala (V12) in Bishop, California; and Book of Nightmares and Lethal Design (V12) in Red Rock. In 2014, Johnson made waves with her FA of Critically Acclaimed (V9), a highball in Red Rock.

After two days of prep—cleaning the line and building a flatter landing—and four days of projecting over a two-week period, Johnson claimed the FA of The Swoop. She suggests a grade of V10.

The Swoop starts with easy, technical moves up a dihedral, to a crimp on a ledge, before a jump-move to a slopey rail. Johnson, who is just shy of 5’ 9”, says The Swoop is “super height dependent.”

“I suggest a starting grade of V10. Climbing grades are so suggestive and based on size and style. Anyone taller than me would find it easier; anyone shorter will think it’s harder. V10 is totally a guess. We’ll have to wait and see how the cookie crumbles after others try it.”

VIDEO: The Swoop Project from AJ on Vimeo.