“Woooop!!! What a cool rock trip here in Chile to Valle de los Cóndores the past two days!” he reported on Facebook. “After two days of work I managed
to do the FA of Pasito a Pasito … Super excited!

Megos named the route Pasito a Pastio, or “little step by little step”, in reference to a recent finger injury that put him on the bench for four
months, and the slow process of returning to full climbing strength.

“Finally after four months off because of my finger injury I felt like I was climbing again for the first time without constantly thinking about my finger!”
he posted. “It’s still not great yet but getting there!”

Apparently, the recovery hasn’t slowed him down much.

Before leaving for Chile, Megos attended the 2017 Climbing Works International Festival (CWIF), presented by Rab, in Sheffield, England on March 18 and 19. A few days before the festival’s bouldering competition, Megos withdrew from the
field because of his finger injury, but the day before the competition, he changed his mind. 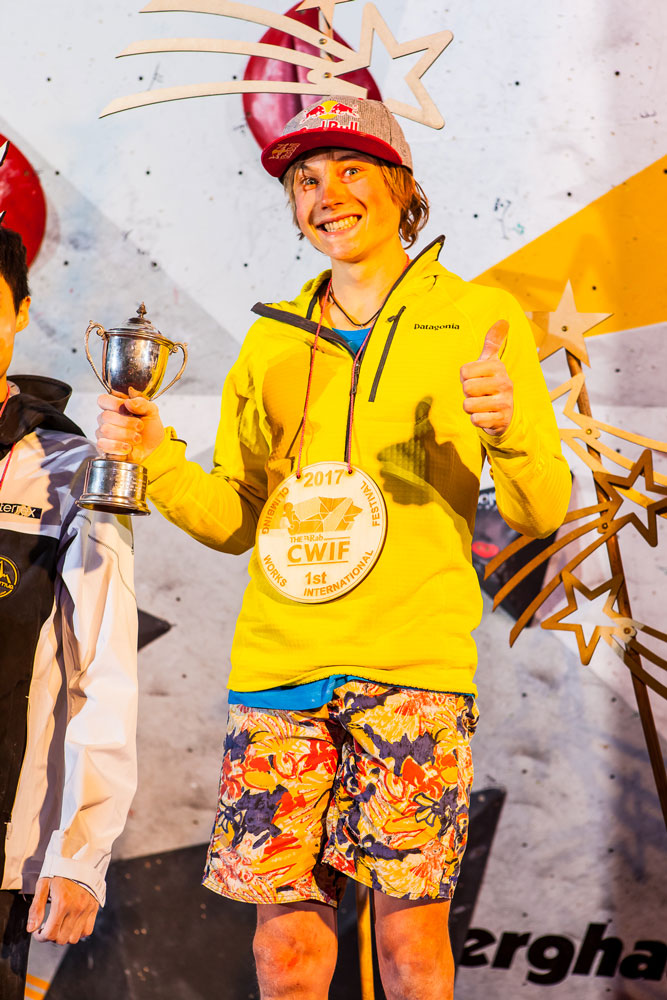 A week later in Chile, on March 25, Megos won the Master de Boulder competition in Santiago, ahead of Killian Fischhuber in second and local climber Facundo
Langbehn in third.

“After a huge fight yesterday in the finals … I somehow won the event in front of the best crowd I’ve ever seen!” he posted after the competition.

He called his trip to Chile “one of the most memorable” that he’s ever been on. Now back in Europe, he posted: “Not much to say except that I miss Chile
already! It’s been great and I’m sure I will be back sometime. Thanks to everyone who made this trip special.”