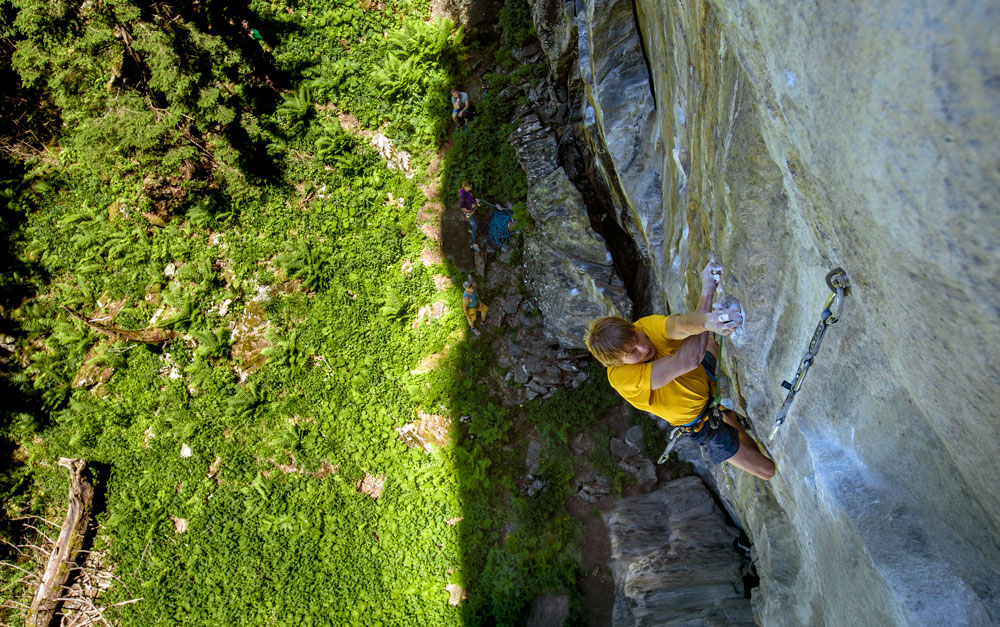 Vertical Life Climbing. Their plan—besides exploring the region
and ticking classic climbs—is to “find cracks” in the Vertical Life app., an electronic guidebook. Vertical Life will also unlock climbing topos
for each area that Megos and Lonsdale visit.

Companion of Change is the King Line at Bergstation and had been a long-standing project before Schubert made the first ascent in November 2015.
The route was first bolted by Markus Schwaiger and later re-bolted by Gerhard Hörhager—two legendary rock climbers and route pioneers in Tyrol.
Although the route is short, at around 20 meters, it packs a punch with 8a/8a+ (5.13b/c) climbing leading into a condition-dependent 8A+ (V12) boulder
problem, with tiny feet and bad holds.

Schubert, a native Austrian, projected the line for years before finally making its first ascent. “It was a big moment for me,” Schubert says in the video
below. He named it Companion of Change because of his personal growth over the years that he worked on the route, from first attempt to send.
The route was Zillertal’s first of the grade.

“It’s always hard for me to grade routes but I’m going with 9a on this one, although it felt really hard and could be 9a+, too,” Schubert told planetmountain.com post send. “Let’s see what repeaters will say.”

According to Lonsdale, Megos said, “I would say it is definitely 9a+ and a great one at that.”

Megos’ repeat of Companion of Change came after a “string of fast ascents of classic routes in the area,” including Love 2.1 (8c+/5.14c)
and Dolby Surround (8c+/5.14c) at Ewige Jagdgründe, says Lonsdale. Now Megos and Lonsdale are off to the next stop of their road trip: Brixen.
Stay tuned for more.