Alex Megos has made the first ascent of Geocache after spending six days and over 40 attempts on the route.Megos described Geocache: “I don’t think it is really hard, just a bit strange.” 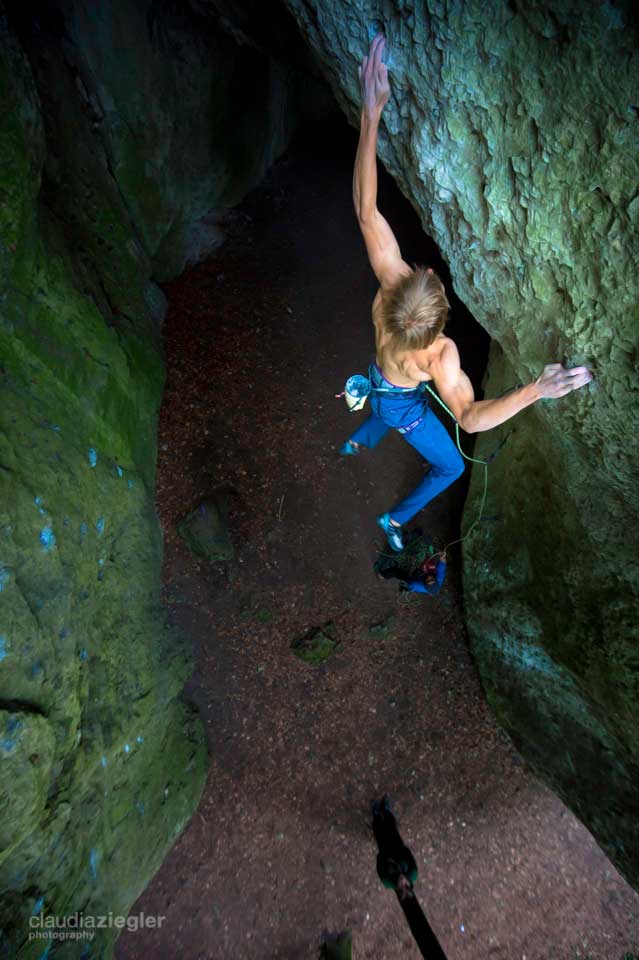 Claudia Ziegler The route is located in the Frankenjura of southern Germany, where Megos grew up climbing.

After the first ascent of Geocache, Megos warmed down by sending Action Directe for his fourth time, climbing the notoriously stout 5.14d on his first try of the day. He still hadn’t had enough, however, so he decided to try Sundance Kid—an old 5.14b that had recently broken. Megos found a new sequence and climbed the route, he says is now likely 9a (5.14d).

Apparently Megos wasn’t too tired from a week spent in Chamonix sending hard routes across all disciplines of climbing with Tommy Caldwell, Emily Harrington and Hazel Findlay just a few days before returning to the Frankenjura.

The 20-year-old Megos has proven to be one of the world’s strongest climbers. At 19, he traveled to Kentucky’s Red River Gorge where he onsighted three routes graded 8b+(5.14a) and bagged his first flash of an 8c+(5.14c).

In July, Megos redpointed Realization, generally accepted as the world’s first 5.15a, in just three tries (Chris Sharma had bagged the first free ascent of the route in 2001).

Watch Megos climb in the Frankenjura.