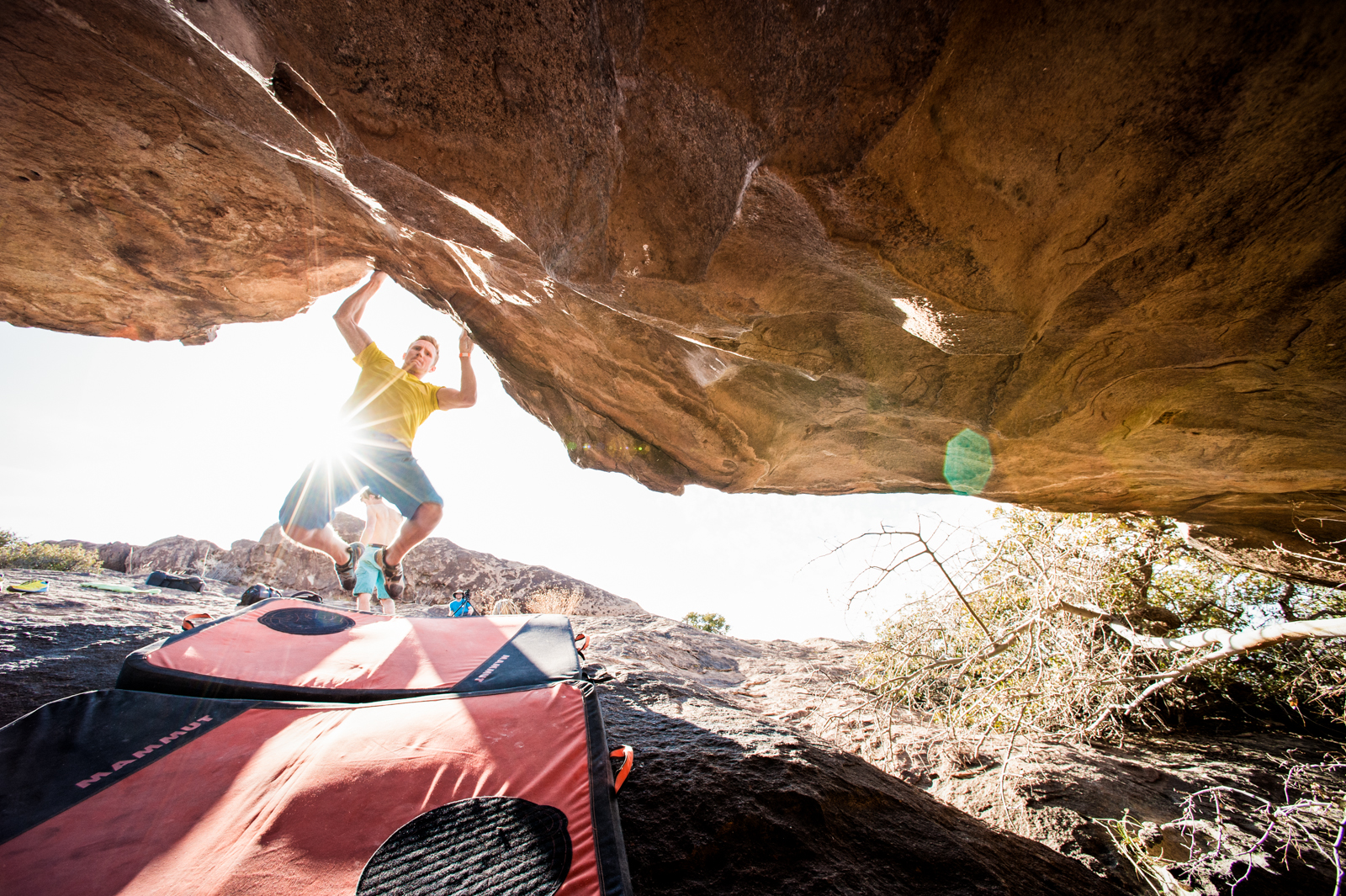 Schubert, of Austria, repeated Desperanza (V14/15) on his first try during the comp and amassed a score of 7710 points, securing his position
over the six-foot German bouldering beast Jan Hojer, who tallied 7290 points. Sam Davis, who reportedly sent six double-digit boulder problems, including
Left Martini (V10) in the Martini Cave, rounded out the podium with 6960 points.

The competition is scored based on the combined point value—harder boulder problems are worth more points—of a competitor’s six hardest problems
of the day. In the event of a tie, ranking goes to number of tries.

In the Masters competition (40+), JBone, from Phoenix, Arizona, sought redemption over his defeat to Ty Foose last year. When the dust settled and the
scores were tallied, it was a draw at 46 points each. But JBone eked out victory over the reining champ with 13 attempts to Foose’s 15.

After competitors and spectators filtered out of the boulders on Saturday, they returned to base camp at the Hueco Rock Ranch for the Dyno Comp, followed by a bonfire and all-night party.

The 23rd Hueco Rock Rodeo was hosted by The American Alpine Club and Petzl.

Check out the photo gallery here: Faces of the 2016 Hueco Rock Rodeo

Results (Top 3 in each category): 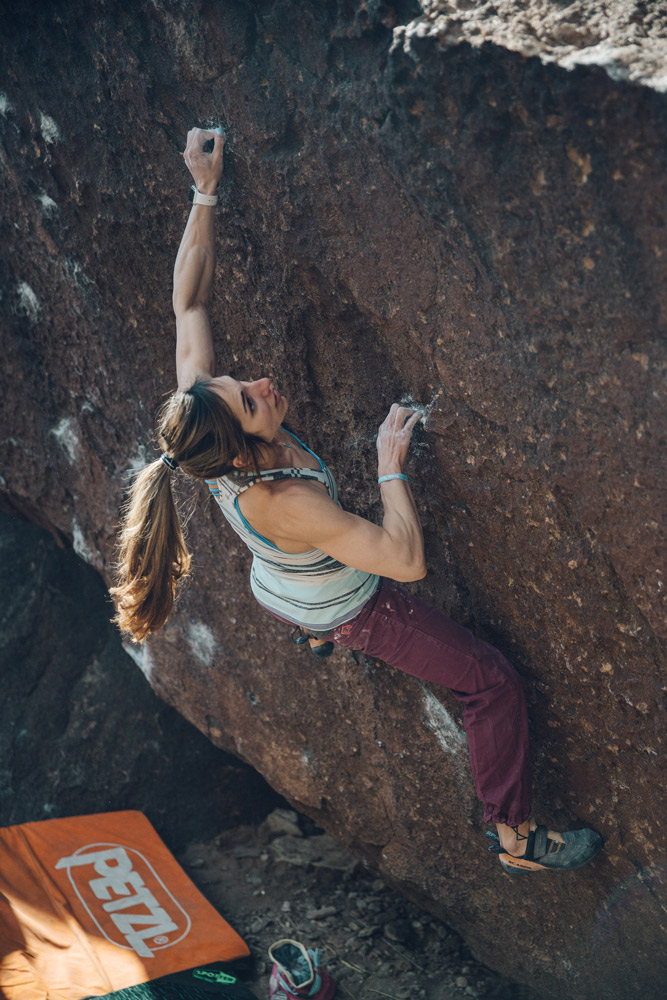 Michael Lim.” title=”Alex Puccio warms up on Be Flat (V4) before heading over to Power of Silence (V10). Photo: Michael Lim.”>