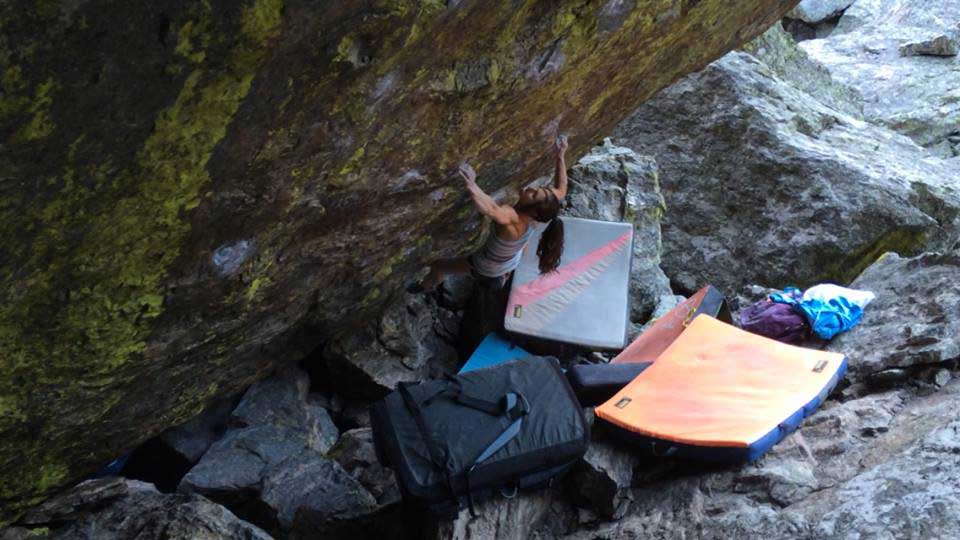 he claimed two V13 sends in just seven days, sending Nuthin’ But Sunshine and Top Notch, and now she has finished off her first V14.

Jade was established by Daniel Woods in 2007. The problem had been dubbed the Green 45 Project by Dave Graham, who discovered the line, but was unable to complete the problem. Originally graded V15, Jade has now settled at solid V14.