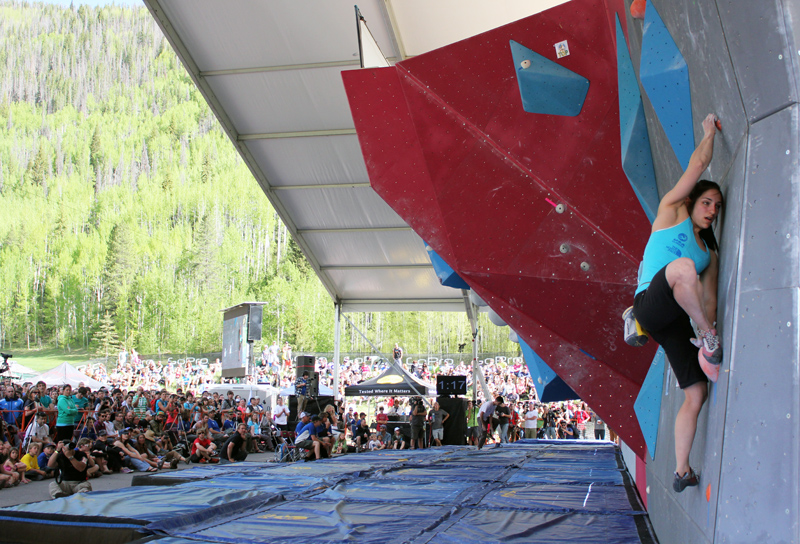 Roughly 1,000 spectators erupted on Saturday evening as American Alex Puccio latched the top jug of the women’s final problem and cranked a celebratory pull-up at this year’s IFSC Bouldering World Cup in Vail, Colorado. Puccio, who was tied for first place with Austrian Anna Stöhr and Akiyo Noguchi of Japan, managed to place third at the only bouldering World Cup held on U.S. soil.

“I had it in the bag a little bit and messed up,” Puccio explained to a Vail Daily reporter after the event. “I got messed up on the starting holds.” Despite the mix up, Puccio still managed to send the evening’s fourth and final problem on her second try, sealing a coveted spot on the podium. 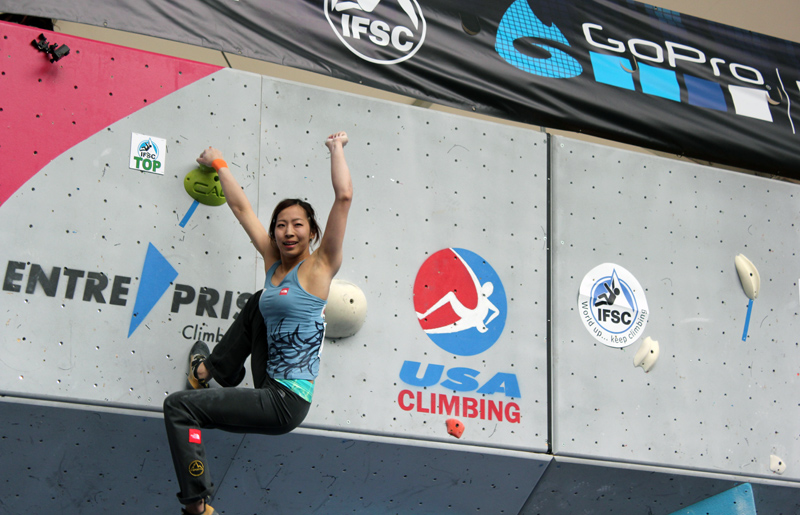 However, Akiyo Noguchi–who was also initially stymied by the final problem’s beginning sequence–shocked the crowd on her last attempt by flawlessly executing the problem with no time left on the clock, to effectively break the tie with Puccio (due to Noguchi’s Semi-Finals points) and nab second place. Perhaps the strongest female performance of the evening, however, came from Anna Stöhr, who managed to top out all four boulder problems of the final round and clinch the victory of her 19th bouldering World Cup.

The men’s competition “was tough” said American Paul Robinson, who was one of six competitors out of 40 total men to make the finals. Robinson’s eyebrows lifted as he watched the Russians Dmitrii Sharafutdinov and Rustam Gelmanov power through the evening’s final problem. “That problem is about V10 or V11,” said Robinson. “Probably V11.” 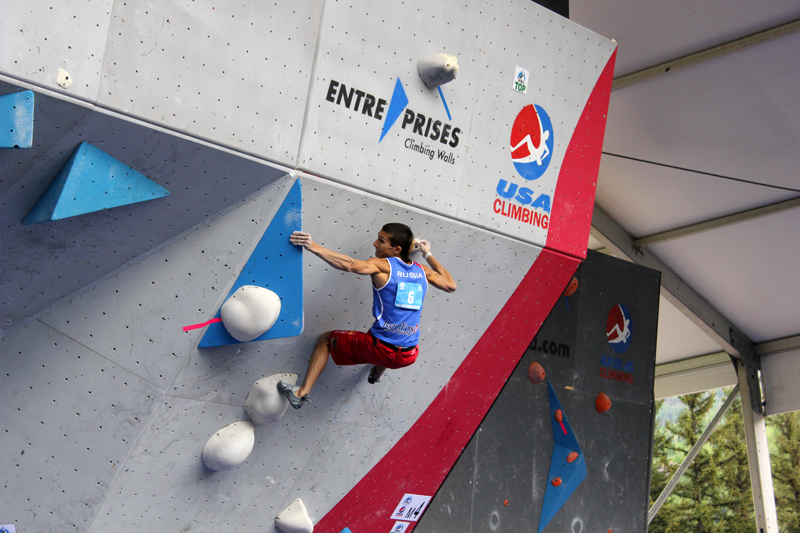 Sharafutdinov and Gelmanov were the only competitors to send the slopey, final problem–with Sharafutdinov cranking it second try. He explained after the event that he enjoyed the intense difficulty of Vail’s World Cup Bouldering competition. “It was challenging,” said Sharafutdinov who took first place, while Gelmanov took second. Jorg Verhoeven of the Netherlands managed to edge out Canadian Sean McColl and Austria’s Kilian Fischhuber by onsighting Men’s Problem 3 to take third. “Although I failed on all slab problems today, I just had so much fun climbing,” commented Verhoeven on Facebook. 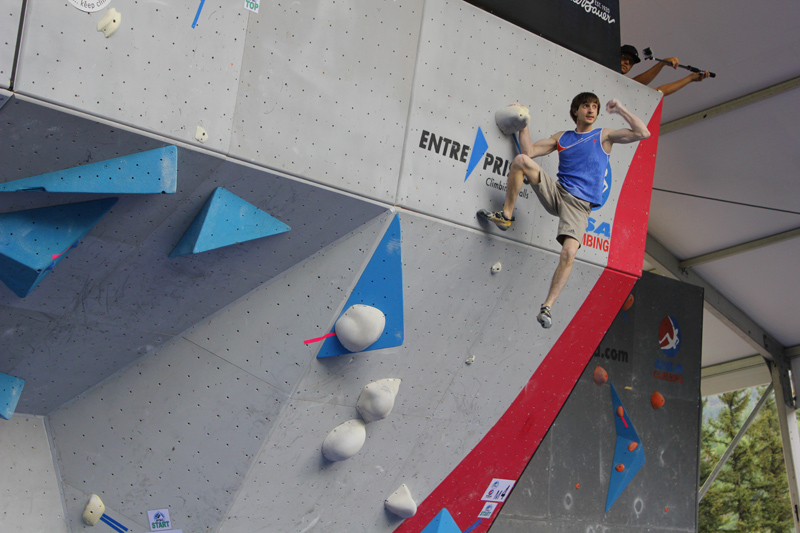 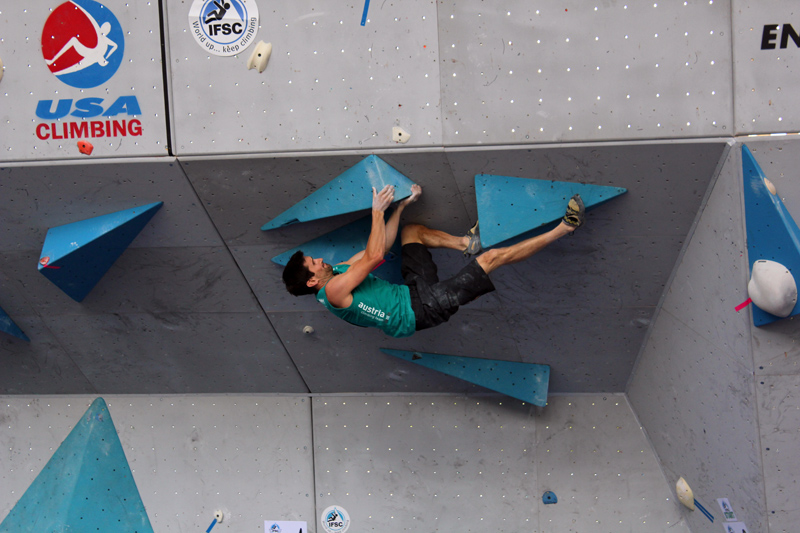 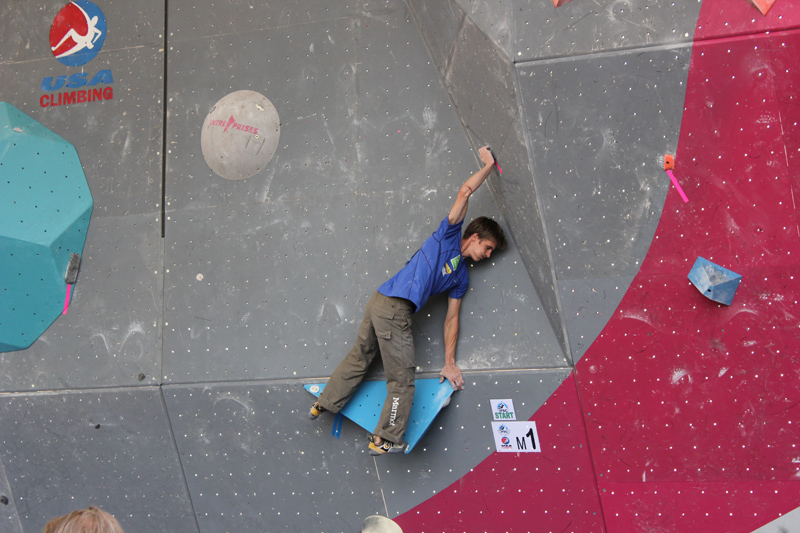 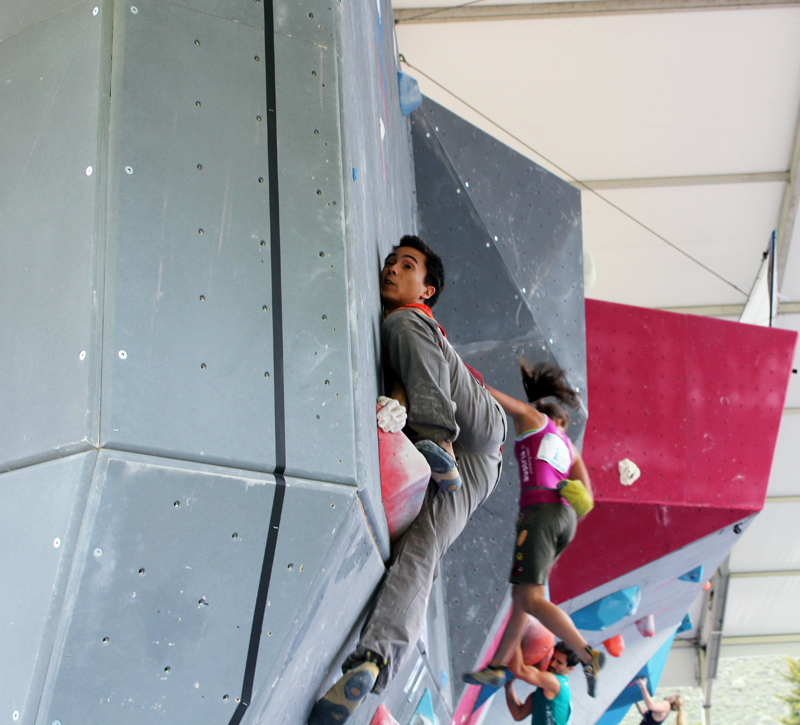 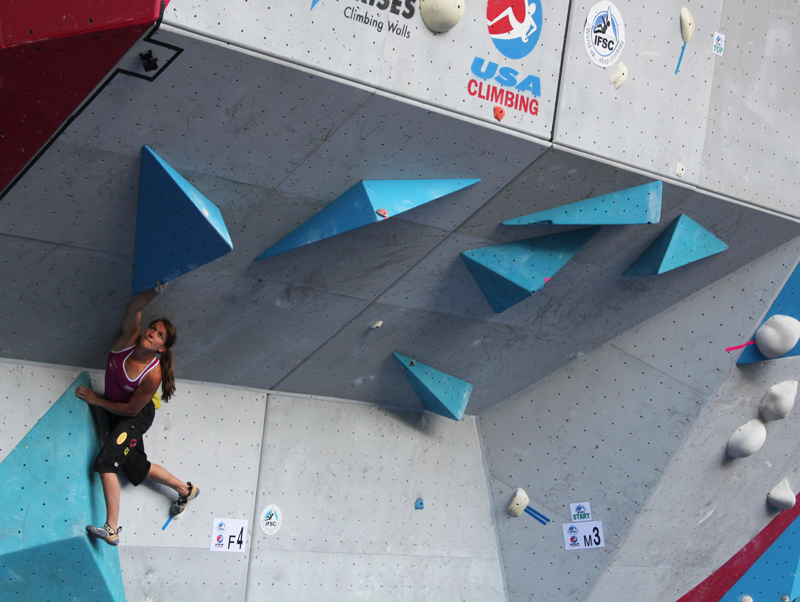 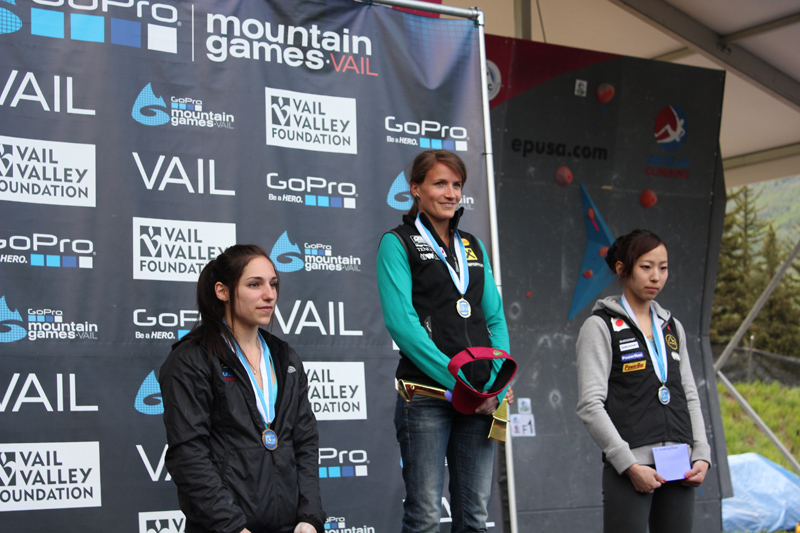 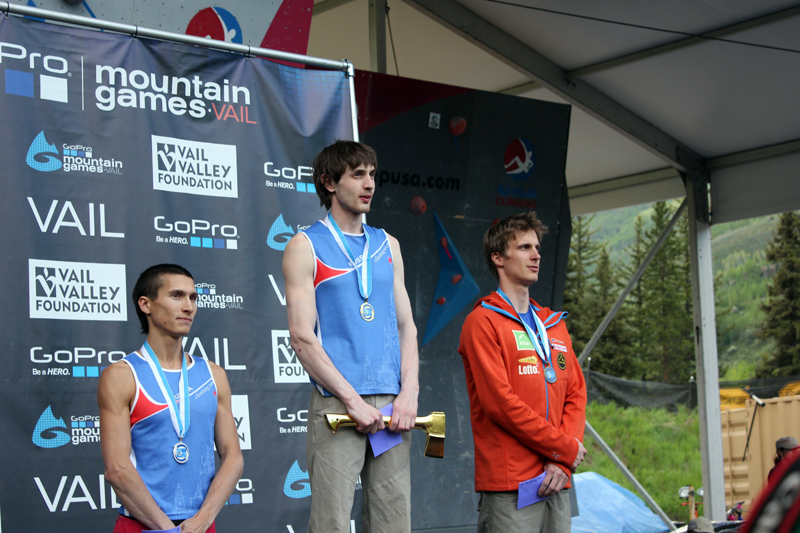