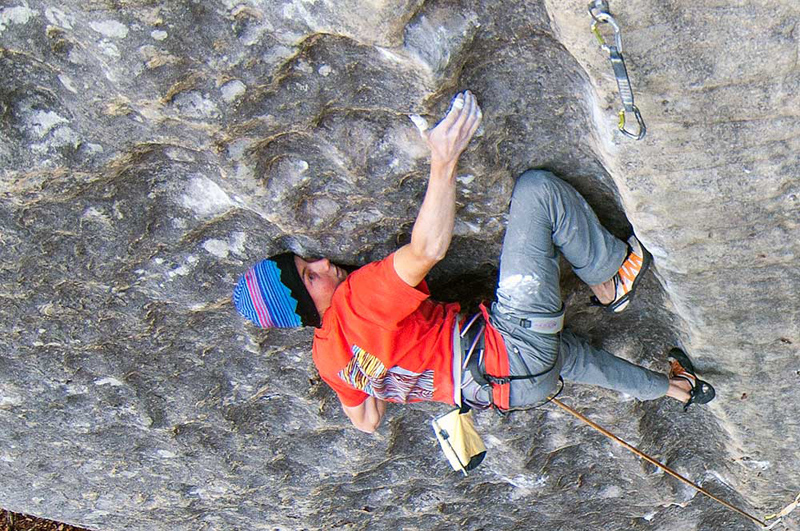 first ascent of Classified, also located in the Frankenjura. The progression of Alex Megos has shocked the climbing world lately. In late March, he accomplished the world’s first confirmed 5.14d onsight–climbing Estado Critico in Siurana, Spain on his first try. Just a few days later, Megos climbed the nearby La Rambla (5.15a) on his second try. Megos started climbing at the age of six and then began a serious training program at age 13, which is guided by his coach Patrick Matros. In a recent article written by Matros, he explained that after Megos finished high school, they suggested that he should take a year off for “traveling and climbing around the world …” but “Not with us, with some friends!” While visiting the U.S. for four months during his “year off”, Megos managed to send over 100 routes graded 5.13b or harder, including an impressive flash of Pure Imagination (5.14c) in the Red River Gorge.

Check out this video of Megos’ training program.