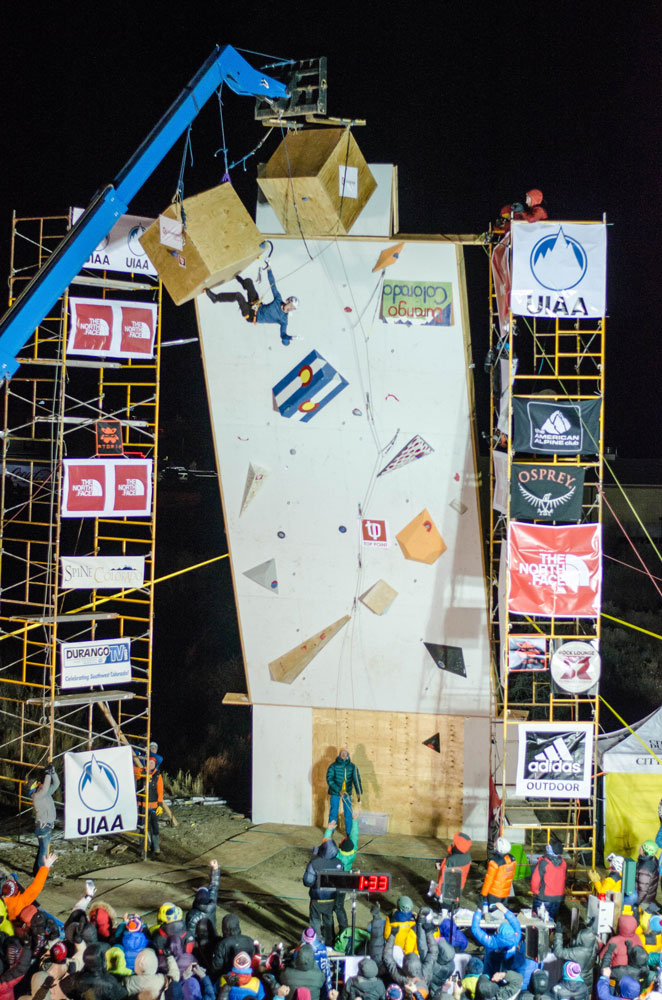 The competition, held on a specially-made, outdoor wall at Ska Brewing Company, began with qualifiers on Thursday, December 15. Twenty seven male and 20
female competitors, from 13 countries, entered the lead competition, and the field narrowed to 18 climbers for Semi Finals on Friday.

“The semi-final route was incredibly hard, powerful and technical and I think a lot of people found that the same way,” Canadian competitor Noah Beek told
the UIAA. “A lot of the moves were very
big and to deal with that you had to get your feet uncomfortably high.”

Finals on Saturday—comprised of the top eight male and top eight female competitors from semi finals—brought even more surprises.

In finals, WoonSeon Shin, of South Korea, made quick work of the main wall and held her momentum into the hanging boxes. As Shin swung around the corner
of the first box and into a figure-9 position from a Stein pull, she was unable to free her other ice tool from behind the rope, and she let go of
the tool to adjust her position.

In a gripping moment, the tool, still caught on the rope, appeared as if it would slide off, but Shin grabbed it not a moment too late. She continued to
climb and reached the route’s finish hold, however, her score ended where she let go of her tool, since a dropped tool means the end of an attempt,
according to competition rules.

Nevertheless, Shin’s impressive performance into the hanging boxes was enough to earn her the gold medal, with 9.190 points, ahead of second place finisher
Angelika Rainer of Italy with 8.180 points, and Eimir McSwiggan of Ireland, in third, with 8.170 points. 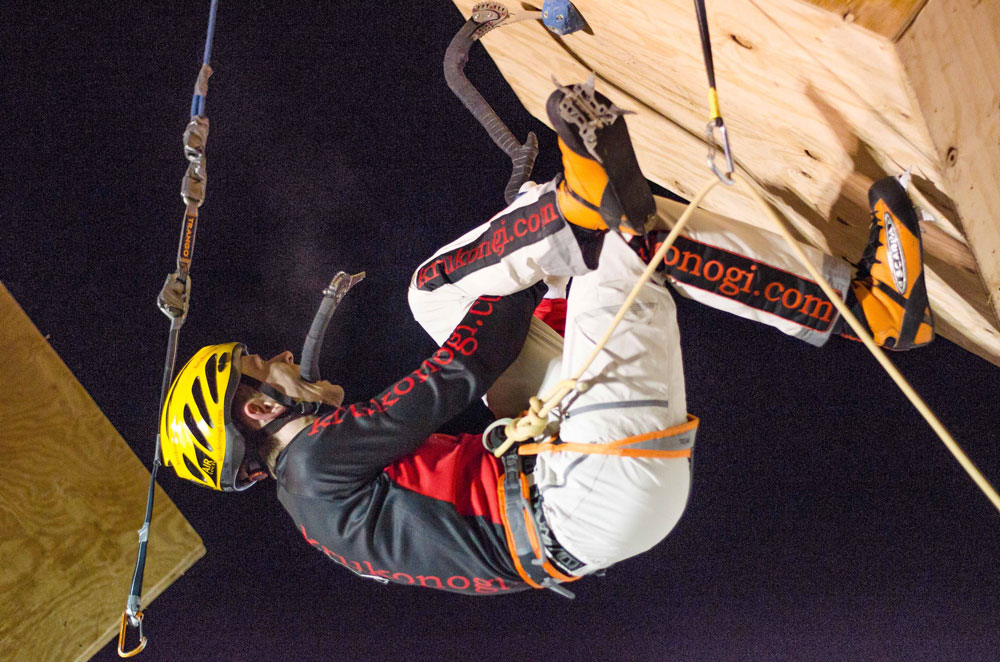 Photo: Monika Leopold On the men’s side, the Russian climbers Alexey Dengin, Nikolai Kuzovlev and Maxim Tomilov swept the podium in first, second and third, respectively. Dengin was the only competitor to top the finals route, and his performance earned him his first ever UIAA Ice Climbing World Cup medal.

In addition to the lead world cup competition, a separate speed competition (not part of the UIAA Ice Climbing World Cup circuit), took place as a preview
to next month’s competition in Beijing, China. For the women’s field, Maria Tolokonina of Russia took first place with a best time of 5.50 seconds,
followed by Nadezhda Gallyamova, also of Russia, in second with a time of 6.20 seconds, and Kendra Stritch of the United States in third with a time
of 6.67 seconds.

Kuzovlev, who took second place in the lead competition, made the podium in speed, this time in first place, with a best time of 4.05 seconds. Valentyn
Sypavin, from the Ukraine, followed with a time of 4.53 seconds, and Nikolay Shved of Russia took third with a time of 4.79 seconds.

The next UIAA Ice Climbing World Cup will take place from January 7 to 9 in Beijing, China.

Stay tuned for the official results from the North American Championships 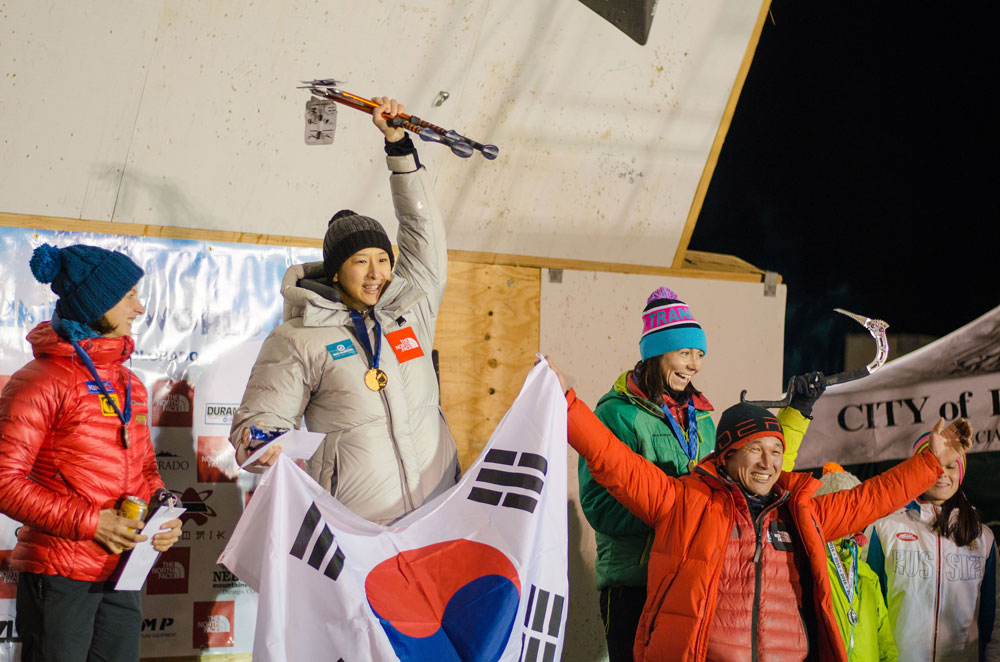