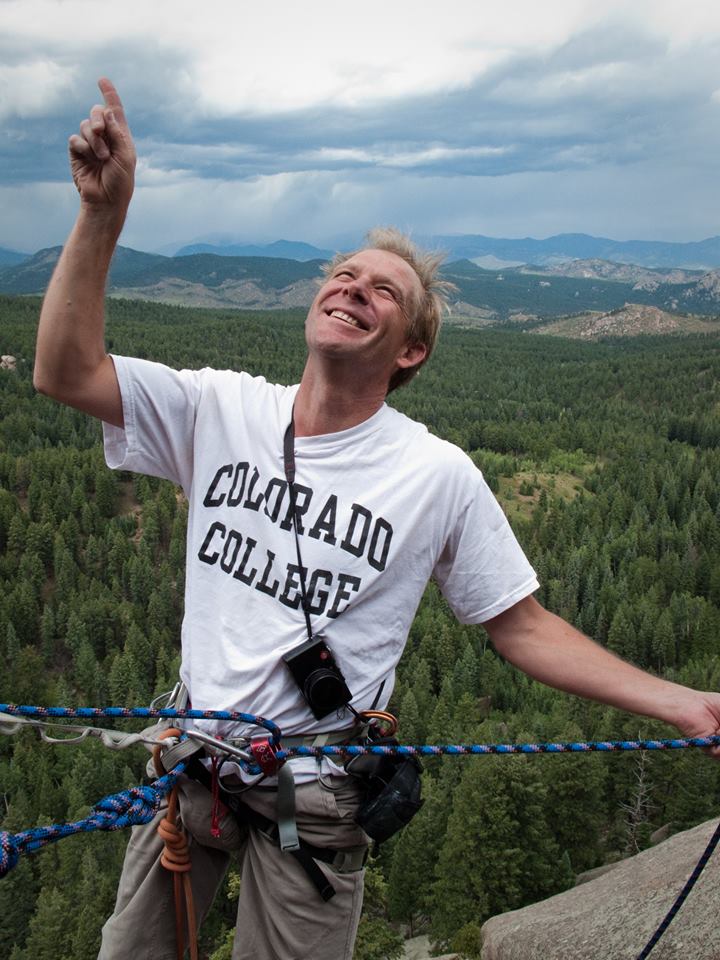 Allen Frame Hill, 53, found deceased in his apartment in Denver
on March 24, was a climber, filmmaker and climbing historian. A onetime philosophy student at Colorado College, he was part of the early Colorado Springs
core, climbing in the Garden of the Gods, Gunnison and especially the South Platte, where he had a number of first ascents; he also climbed in Taylor
Canyon, Utah. He had a 30-year climbing partnership with Chuck Grossman, and climbed and filmed with John Catto, co-producing and co-directing the
award-winning film Jump!, about Czech climbers leaping across pinnacles.

Hill had chronicled his sufferings with severe MS and other health issues with often dark humor on his Facebook page.

At his death, he had been working (in part supported by a Banff Centre Mountain Culture grant) for a decade on a film with the rough title Vagabond Club Documentary, about the years 1967 to 1977 in Leysin, Switzerland. The Club Vagabond hotel was a hangout for many in mountain sports, including John Harlin when
he founded the International School of Mountaineering, as well as Layton Kor, Peter Boardman, Dougal Haston and Chris Bonington (who alone among them
survives). Harlin, Kor, Haston and Bonington attempted to climb the prize direttissima of the North Face of the Eiger. Harlin was killed when the fixed line on which he was jumaring cut, and he fell to the base.

Cam Burns wrote on SuperTopo: “Allen Hill
made me nuts because he knew EVERYTHING. He was a different kind of guy. A really brainy intellectual. … Honestly, I felt scared being around
him because he knew so much about climbing, he understood so much. You’d mention something minor, maybe about the 1966 Eiger climb or something, and
Allen would just layer on thought after thought after thought, each time bringing in new information.” Burns wrote that he would not trade those times
with Hill “for anything.”

John Catto wrote that he was raising a beer to his “complicated but beloved friend of 30 years.”

“There’s a lot of us very sad out here, to see Allen go,” he told Rock and Ice.

“He was very youthful, had a young spirit,” Catto said. “He was a bit of an imp. He was very smart and clever, almost too clever for his own good.
He was incredibly fun to be around at times and incredibly difficult at times. In the end I’ll remember his smile and laughter, and drinking a
thousand beers together.”

Hill also had an array of carpentry skills, and he renovated houses around Denver.

See trailer here or below:

The infamous film “Jump!” won tons of awards all over the world but to this day lives in obscurity. Seems everybody has heard about it but
nobody has actually seen it.

You can watch Jump! in full here.

Below is selected text (reprinted by permission) from an obituary by Vladimir Prochazka, production manager of Jump!, climber and writer/photographer, on the
Czech site horyinfo.cz: 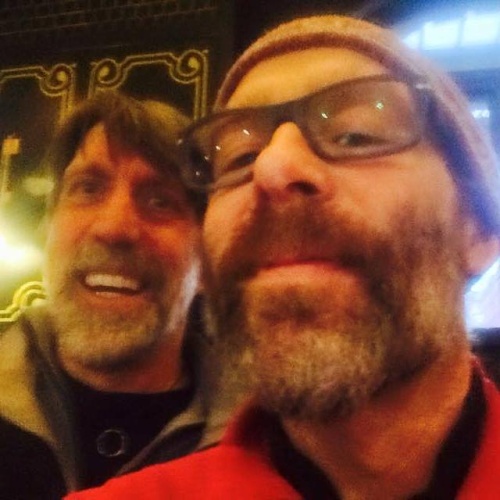 I did not believe [the news]. We all knew that Allen was sick and
his serious illness was progressing, yes, that that we already knew for years. Words fail me. I was completely taken aback by it…

In 1997 … Allen arrived [in the Czech Republic] with his climbing partner and filmmaker John Catto …. They had an idea to do a film on jumps
on Bohemian and Saxon sandstone towers. And they did! When finally the premiere appeared in the International Festival of Mountaineering Films in Teplice,
Jump! won with the jury and audience and then literally flew all around the world, and collected a lot of awards in specialized festivals.
…

Climbing as a sport, history of climbing and filmmaking filled up all Allen’s life. He was an extremely smart, curious and well-read man with a deep interest
in everything, with a worldwide knowledge about culture, about politics, about mountaineering. Books in his already bulging shelves were certainly
not for display only. His way of thinking was Democratic and he was critical of Republicans. … [A]dd to that his sense of humor and talent of
provocation….

Allen had a big open heart, he would give himself for friends, sometimes in a self-destructive way. It cost him a lot of life energy.

When Zorka, Peter Prachtel and I were invited in 2003 to the Telluride Mountain Film Festival, Allen drove us with support from John and cared for us like
for small children whose dad took kids out for ice cream. He planned many trips and showed us interesting places all over. Allen really liked Czech.
He said it was his second homeland. Since his first visit here, he came back perhaps 20 times …

Allen used to be a lot of fun, but was also very sad. He suffered from frequent fluctuations in behavior and mood, he quickly caught fire and was full
of energy, and then again, he was very down. Perhaps it cost him his first and second marriages. He lost some friends. It was eating him and [it was]
exhausting. Maybe it was the seed of the later more severe disease, which eventually became fatal? Allen died young, a month before his 54th birthday.
He left behind unfinished film work about the history of the Club Vagabond, a difficult one to complete. He devoted the last few years traveling with
a camera to visit protagonists or their wives and friends in the US, UK, Switzerland…

This year Allen worked with John Catto to remake Jump!and
translate the projection quality to digital … While working over New Year’s Day, they took a hilarious selfie with both of them (photo above, on right).