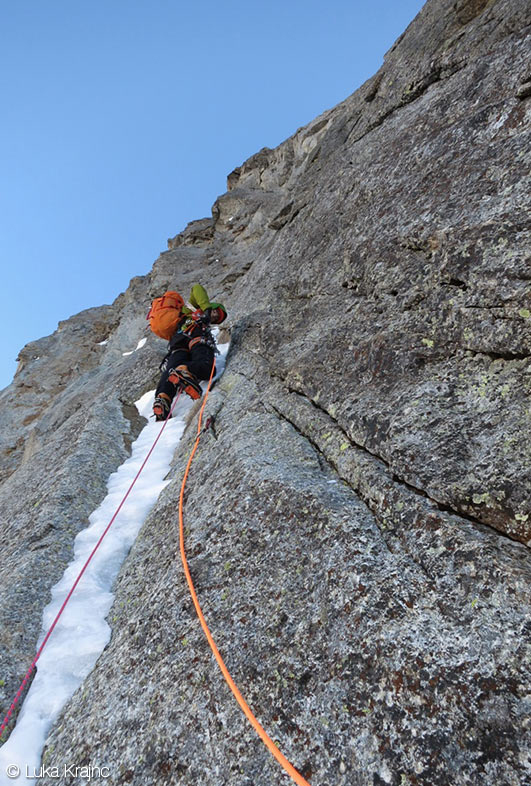 “After an entire winter of unstable weather I checked the forecast once again, just in case. Wow, the forecast looked great! I called Luka Krajnc, my partner from Slovenia and we were soon on our way to Chamonix. Our first plan was to climb the Gousseault-Desmaison route on the north face of the Grandes Jorasses. The day before we left we received information that two other parties were planning to climb the same route just before us. Since we are not particularly fond of the ‘herd effect,’ where several parties follow each other up the same route, we decided to change our objective and attempt Rolling Stones, an even harder route up the same face that had still yet to be free-climbed.”

And speaking of the crux section, Luka said:

“After two steep pitches to warm up, we arrived at the belay below the route’s hardest pitch, rated A3. Since it did not look too daunting, I managed to calm down and just go for it. The first part was straightforward with good protection. After an old rusty bolt the pitch steepened. To add to the challenge there were three huge loose blocks, a scary proposition since we were climbing with a single rope. Somewhat scared, I gingerly climbed up and around these blocks, choosing not to place any protection for a few meters. I could hear the blocks making strange noises as they shifted. After another few very careful minutes of climbing I was at the belay. Yes! I did it!”

You can read the full report on the PETZL WEBSITE

Jon Griffith, Chamonix based alpinist and photographer commented: “This is by far the coolest ascent I have heard of anywhere in the Alps this winter, and really understated as usual…”
This article was first published by UKClimbing.com. 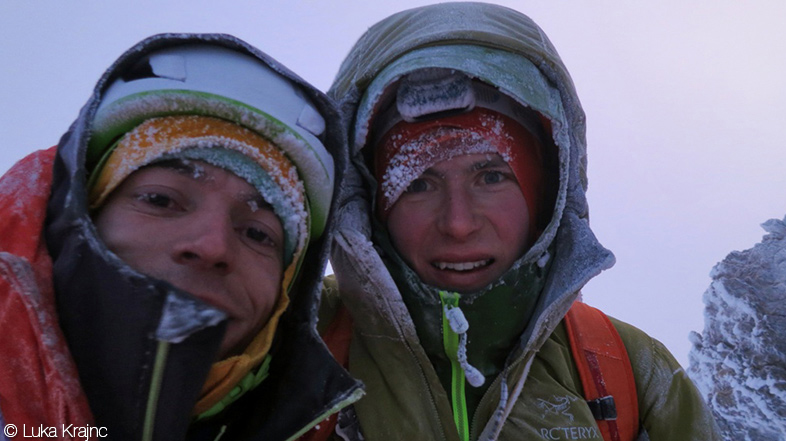