On July 22, Polish ski-mountaineer Andrzej Bargiel made history by completing the first ever ski descent of the world’s second highest mountain. Bargiel was accompanied to Camp 3 by fellow Pole Janusz Golab, before continuing alone to reach the summit at around 11:30 am local time, and finally reaching Base Camp at 7:30 pm.

There have been a number of attempts to descend K2 on skis in the past. In 2010, the Swede Fredrik Ericsson died after falling near the infamous “bottleneck” section. In 2001,the Italian Hans Kammerlander took his skis off only 400 meters down from the summit, after watching a Korean climber fall to his death. Kammerlander said at the time, “Somebody will do it, but he’ll need a lot of ability and a whole lot of luck.”

This is not Bargiel’s first time on K2. In 2017 he tried a ski descent but abandoned due to rockfall and avalanche risk. The 30-year-old Pole is a seasoned extreme athlete with ski descents of Broad Peak, Mansalu and Shishapangma under his belt. Prior to this year’s expedition, Bargiel and Golab had intended to use Gasherbrum II for acclimatization, but were thwarted by heavy snowfall. Around the same time, Bargiel’s brother Bartek used a drone to locate stricken climber Rick Allen high up on Broad Peak.

On the descent, Bargiel took a hodgepodge of routes to make his way down the imposing south face. Leaving the summit via the Abruzzi Spur Route, he skied down to a High Camp at around 7,600 meters where he awaited better visibility for a short period. From there he made Camp 3 before hitting the Cesen/Basque route, then traversing right on the Messner variant and finishing up down the Polish route.

Speaking once back at Base Camp, Bargiel said: “I’m very happy that I’ve managed to ski down the summit of K2 and get back to the base safely! I started to climb K2 at 4 in the morning on Sunday. The weather was good. Some problems appeared when I reached the peak and started to ski down. It was very cloudy and I had to wait for it to clear up at Base IV because the next phase of my downhill was going to be very difficult and technical on an extremely steep wall. I feel huge happiness and, to be honest, it was my second attempt, so I’m glad that I won’t be coming here again.” 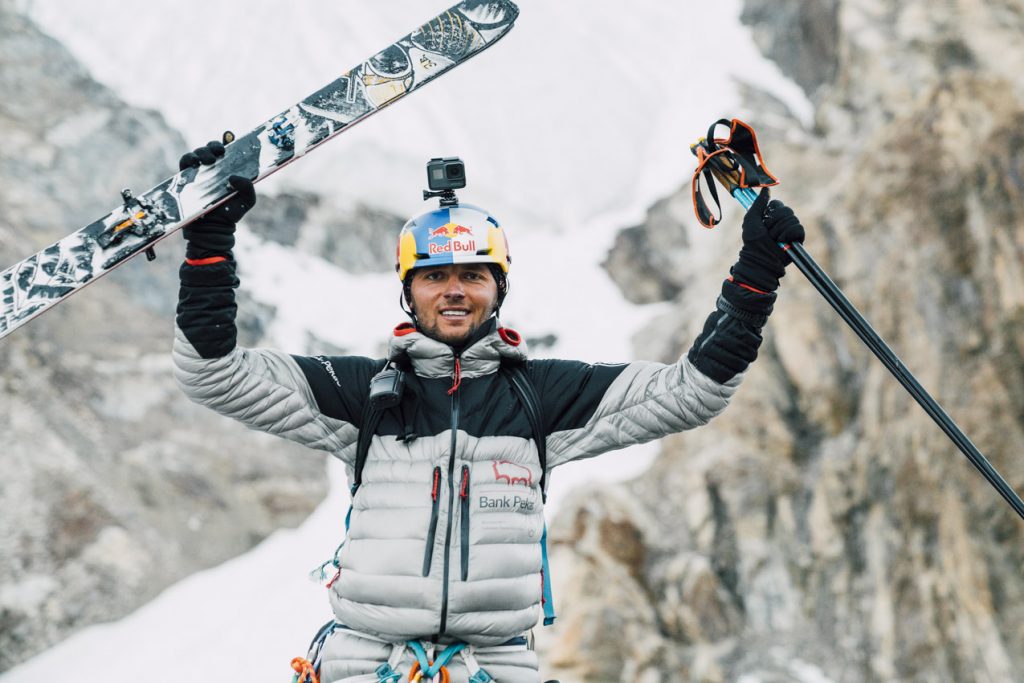