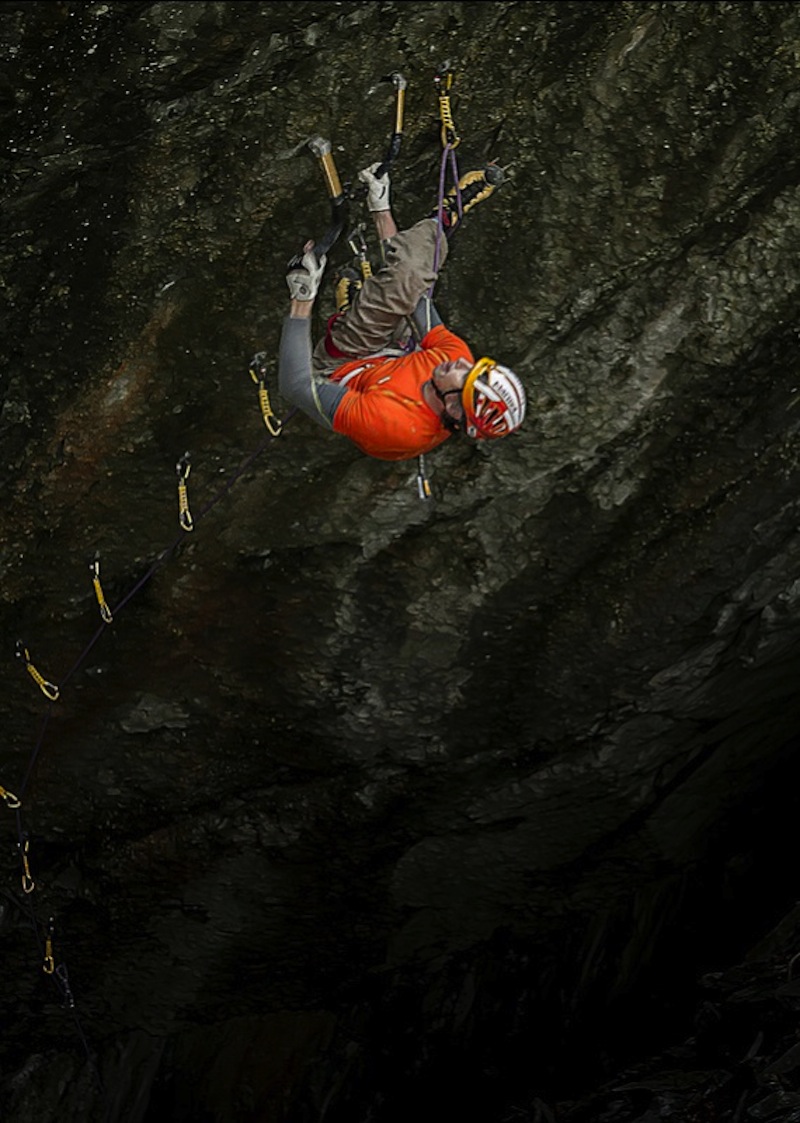 Andy Turner has recently made the second ascent of Greg Boswell’s Powerdab, which Boswell graded M13, making it one of the hardest dytooling routes in the UK. Turner, who is in training for the Ice Climbing World Cup, took three sessions to climb it, this being his first M13.

Powerdab, in The Works, Cumbria [located in the central United Kingdom], was first climbed by Greg Boswell in October during an Ice Climbing World Cup Training meet organized by Turner. It took Boswell just two sessions, with the first being a quick play after bolting it last year, and the route going down on his second try of this year. See UKC News Report for more details, including a video of Boswell climbing it.

It took Turner three short sessions to climb the route, and in a similar vein to Boswell’s redpoint ascent, climbed it on his first go of the third session. Turner gave some more detail on his successful redpoint:

“The only move I’d never done was the first long move right in the middle of the route. I’d gone up to try to work that move and found myself doing it first go so had no option other than to climb on. So in total six goes.”

Turner is currently in training for the Ice Climbing World Cup and the Winter Olympics in Sochi, and so is obviously in very good physical form. Again, Turner went into more detail on his opinion of Powerdab’s difficulty:

“Guardian of the Underworld (M12) felt slightly harder for me, but I’m definitely stronger this year so hard to say. I guess I’ve probably found my style of climbing? Short power fests rather than enduro ones. I did the route in slightly different style to Greg. I had to use fig 4’s to get up the route rather than the ‘Dry Tool Style’ Greg prefers. There’s no way my shoulders would take that punishment of swinging around!”

Andy spoke about how it felt to have climbed his hardest drytool route to date, and what he had in mind for the future:

“I’m well happy to have sent the route. I set myself a goal last year of climbing M13 so this is a major step. It would be great now to go get on an established M13 abroad to see how they compare.”

You can follow Andy’s climbing on his blog: Andyturner.blogspot.com.

Earlier this year, Boswell completed a number of hard ice and mixed climbs in the Canadian Rockies.
Check out the video of Boswell climbing the route from earlier this year.
Originally posted on UKclimbing.com. Additional reporting by Andrew Hewitt.