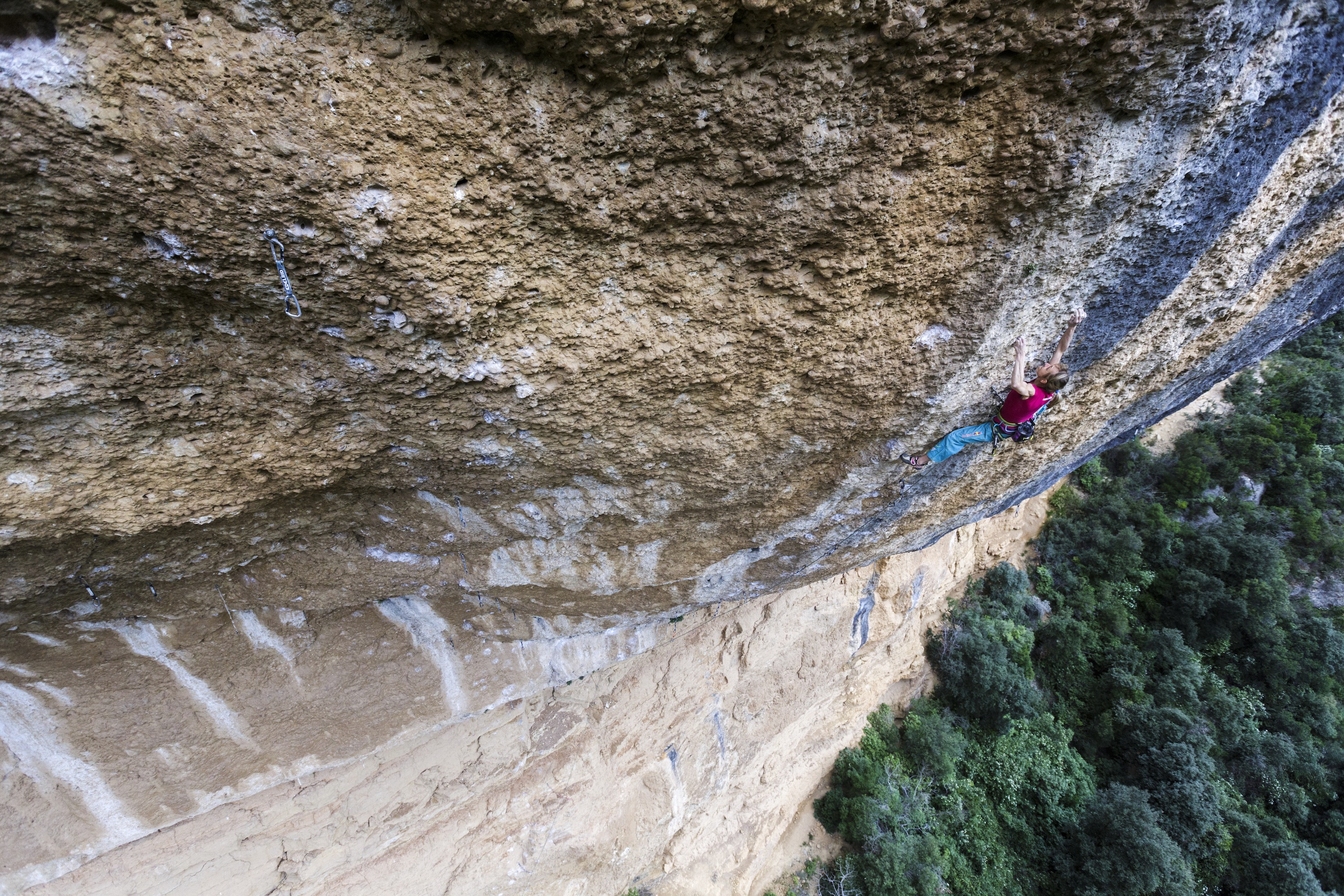 Austrian climber Angy Eiter, 29, clipped the anchors of her third 9a (5.14d), Era Vella, in Margalef, Spain on April 12. Eiter made quick work of the route, sending after 10 attempts.

The overhanging line up pocketed limestone, established by Chris Sharma in 2010, is by far the most repeated 5.14d in the world, with over 30 known ascents to date.

Eiter hadn’t planned on climbing Era Vella this trip to Spain, but after seeing the wall, she “wanted to get a taste of it,” she told Rock and Ice.

“During my first check out of Era Vella…I could do all the moves including the crux quite fast,” Eiter said. “‘Not that hard?’ I thought. But appearances deceive.”

Era Vella is an endurance test piece, steep and sustained with over 100 moves. With so many pockets, the beta possibilities are endless. Eiter says, “I had to check out all the moves three times to remember the holds that I used for my way up.”

Along with memorizing the movements, Eiter also struggled—briefly—with the crux of the route. As a longtime competition climber, she didn’t like the low-percentage, uncontrolled moves. “Nevertheless, I found my solution, a hard cross-over move, and made good progress,” says Eiter. 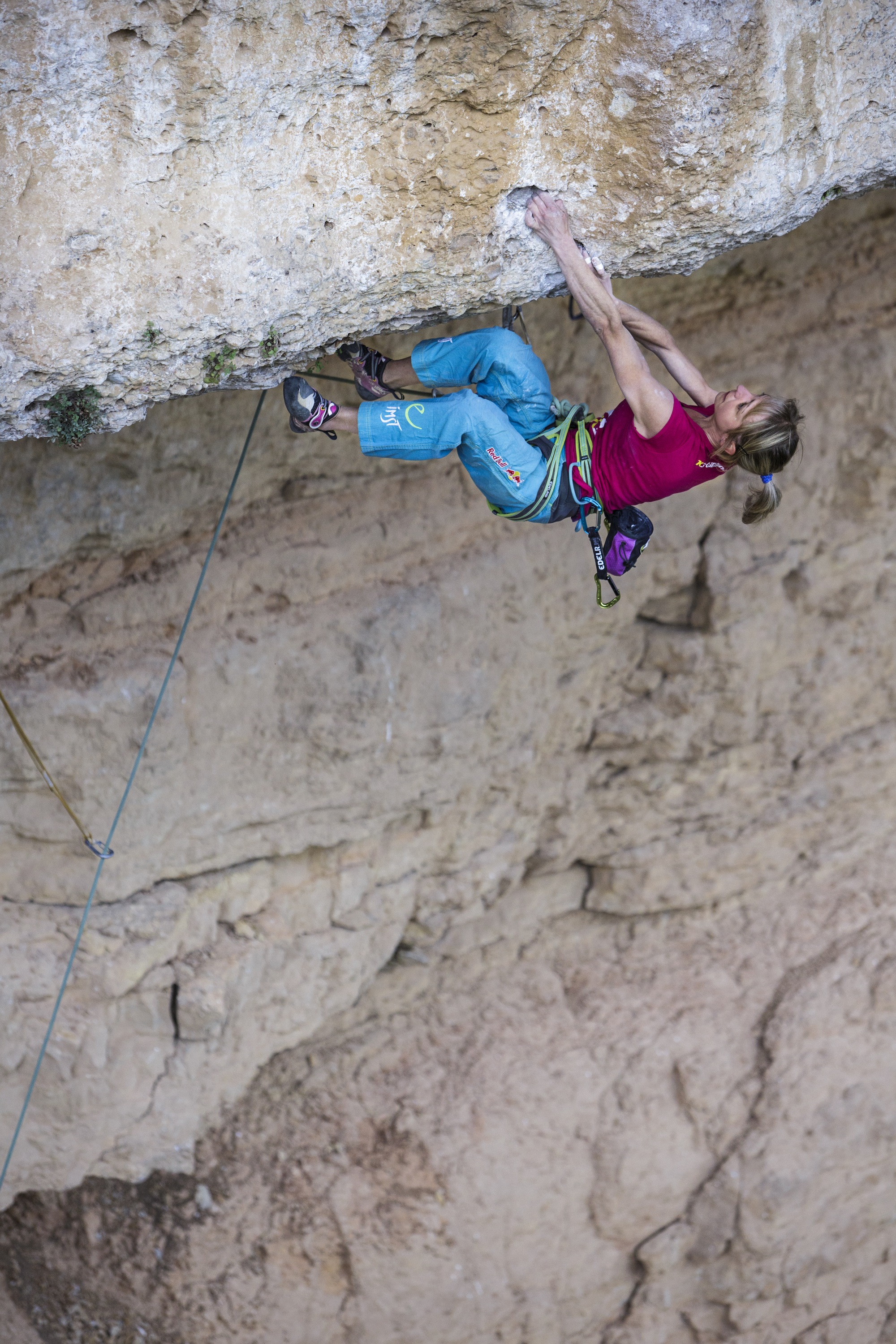 The route became a serious project and with only one week to send it, Eiter carefully organized her attempts.

“Three times I climbed to the crux and two times I fell on the edge of the roof in the lower part,” Eiter says. “But the day came, where my body and mind as well as the external conditions came together.

“When I clipped the anchor I felt excited and released at the same time.

“Era Vella was very exhausting for my forearms and body and especially for my mind to maintain concentration ‘till the top,” says Eiter. “The route is like a journey.”

Eiter is a four-time lead climbing World Champion (2005, 2007, 2011, 2012) with 25 single World Cup Victories in her career, among many other competition achievements. She retired from the competition circuit in 2013 and is now a professional rock climber and climbing coach for young athletes.