Anna Stöhr, 21-time World Cup gold medalist from Austria, added another gold to her collection on Sunday at the Second IFSC World Cup bouldering competition in Toronto. Stöhr took first place by topping out three of the four final problems and reaching the bonus hold on the fourth on her first attempt. She was the only female in the field of six to finish the final slab problem.

“I’m really thrilled,” said Stöhr in a post-competition IFSC interview, “especially because I topped out a slab, which I never thought I would.”

After the qualification round on Saturday, the top 20 climbers of the 71 male and 58 female competitors from 22 nations moved on to Semi-Finals Sunday morning.

The field narrowed again, with the top six females and top seven males, after a tie in Semi-Finals, continuing to Finals in the afternoon.

“Today we know all is possible,” Levier told the IFSC in a post-competition interview. “So I just had to do the job.”

IFSC rookie Nathaniel Coleman, an 18-year-old from Utah, surprised the crowd by placing second in the men’s competition. Despite only having previously competed in one World Cup, Coleman finished three of the four final problems to secure silver over Adam Ondra, who took the bronze.

Coleman snuck into Semi-Finals with a 20th place finish in the qualification round and into Finals after tying with French climber Manuel Cornu for 6th place.

The third IFSC World Cup competition will be held on June 5 and 6 in Vail, Colorado. 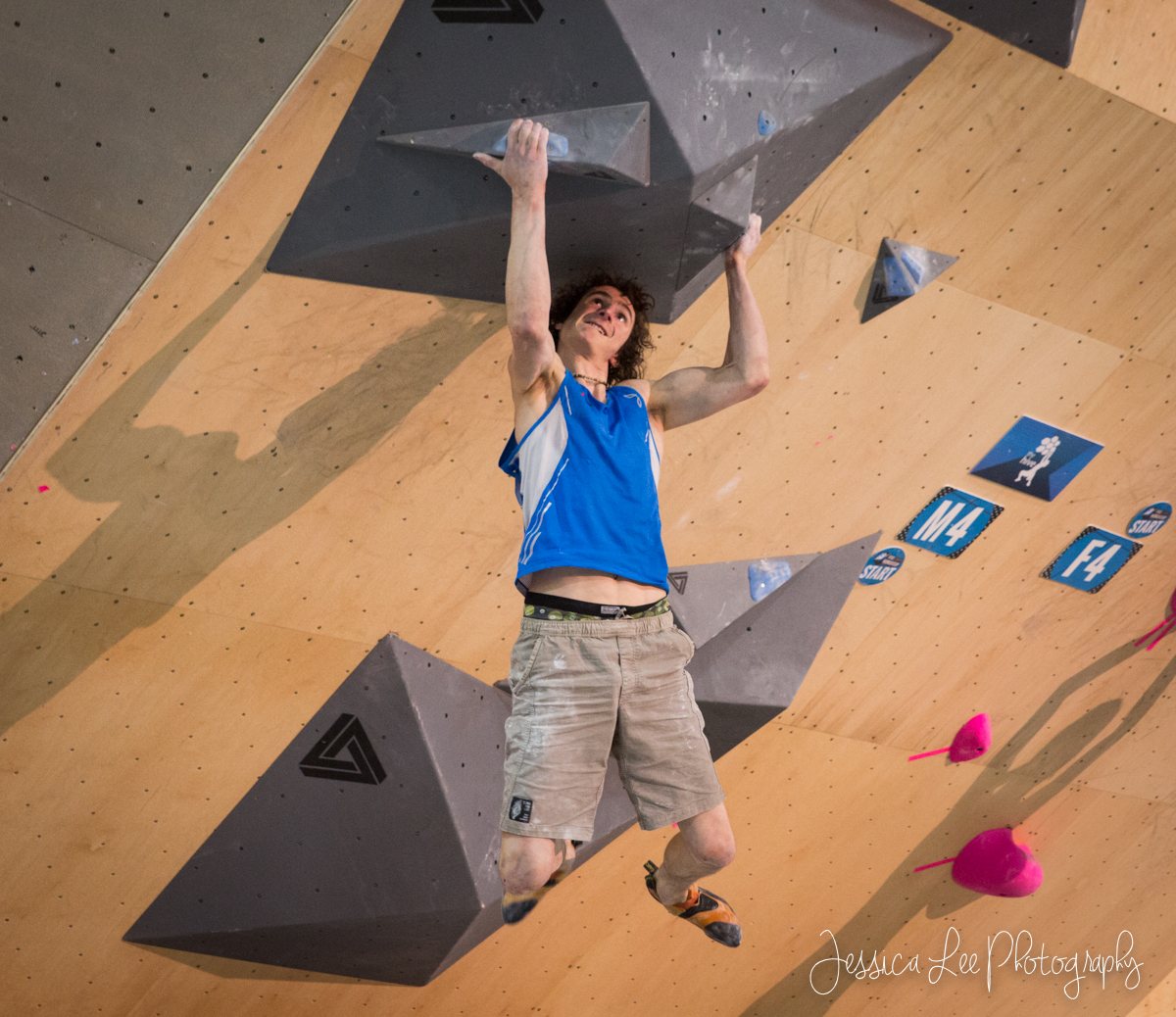 Footage from Finals at Toronto 2015: