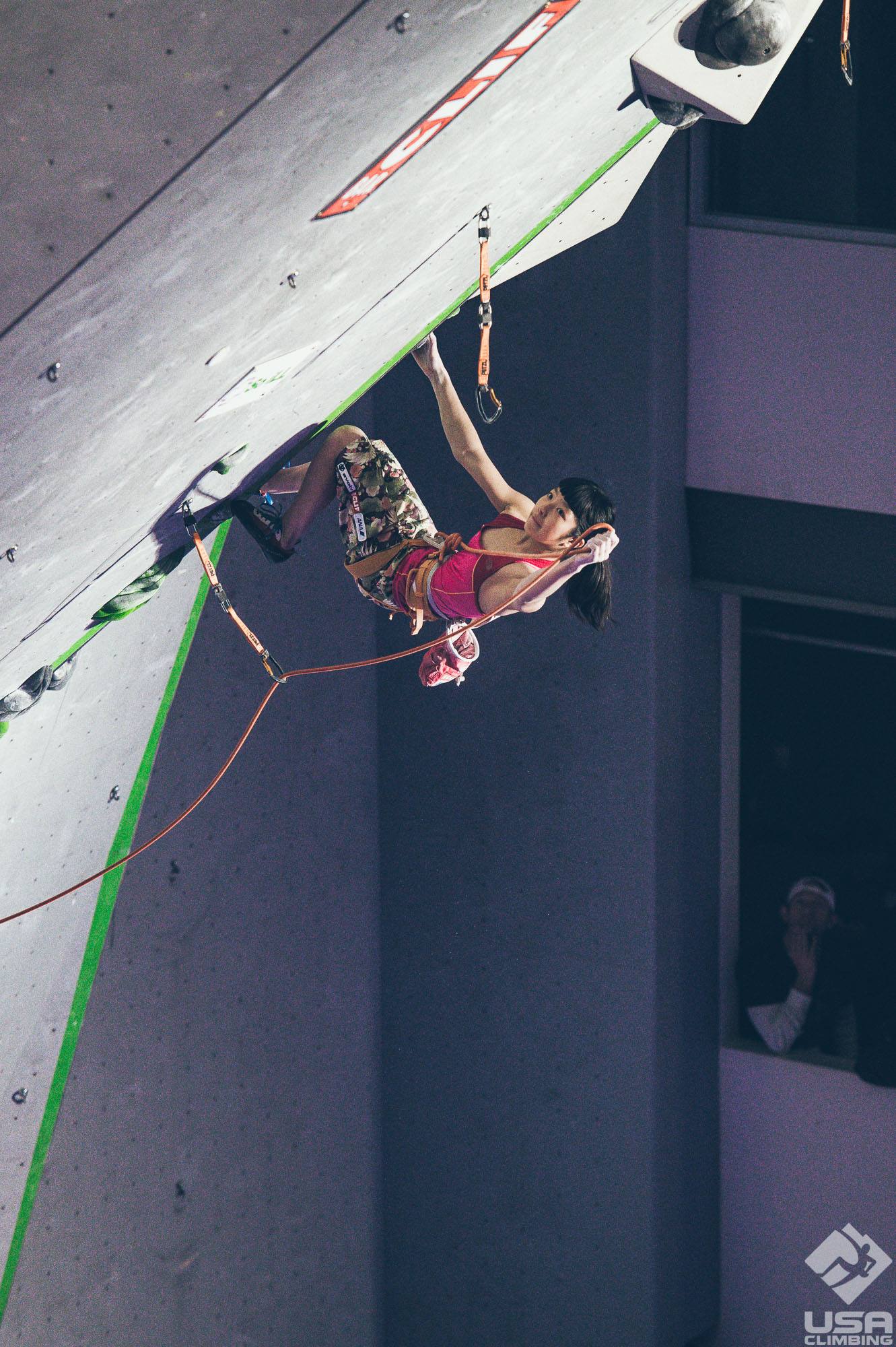 Ashima Shiraishi fashioned a perfect performance at the 2017 U.S. Sport Open National Championship this weekend.
The 15-year-old climber from New York City, who was climbing in the open national championship for the first time, flashed or onsighted every route
from qualifiers to finals to take the title of national champion.

“It is an honor to hold this title and to have competed against some of the world’s most talented climbers such as [Margo Hayes] and [Brooke Raboutou],”
Ashima posted on Facebook after the competition. “I am looking forward to compete in a few World Cups this summer. Thanks for cheering me on.”

Margo Hayes, 19, and Brooke Raboutou, 15, joined
Ashima on the podium in second place and third place.

On the men’s side, Kai Lightner, 17, took the title of national sport climbing champion—the second time he’s held the honor. Lightner won the competition
in 2015, at age 15, when he competed in his first ever Sport Open National Championship. In 2016, he took second place. In February, Lightner took
second place at the 2017 Open Bouldering National Championship held in Salt Lake City, Utah.

Jesse Grupper, 20, and Drew Ruana, 17, joined Lightner on the podium in second place and third place. Grupper also took second place, and was runner up to Lightner, at the 2015 Sport Open National Championship.

In the speed climbing competition, Claire Buhrfeind took first place for women, followed by Amanda Wooten in second and Grace McKeehan in third. On the
men’s side, John Brosler took first place, Libor Hroza—from the Czech Republic—second place, and Max Hammer third place. As a foreign national, Hroza did not
rank in the U.S. National Championship, which bumped Hammer up to second and Michael Finn-Henry, who came in fourth place in the event, into third
for the national ranking. 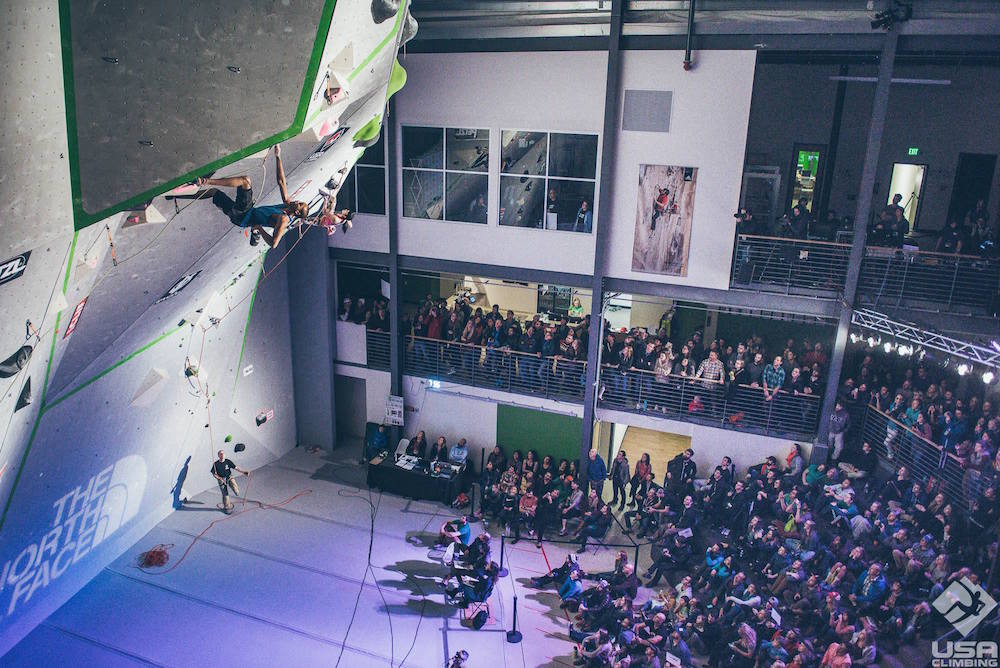 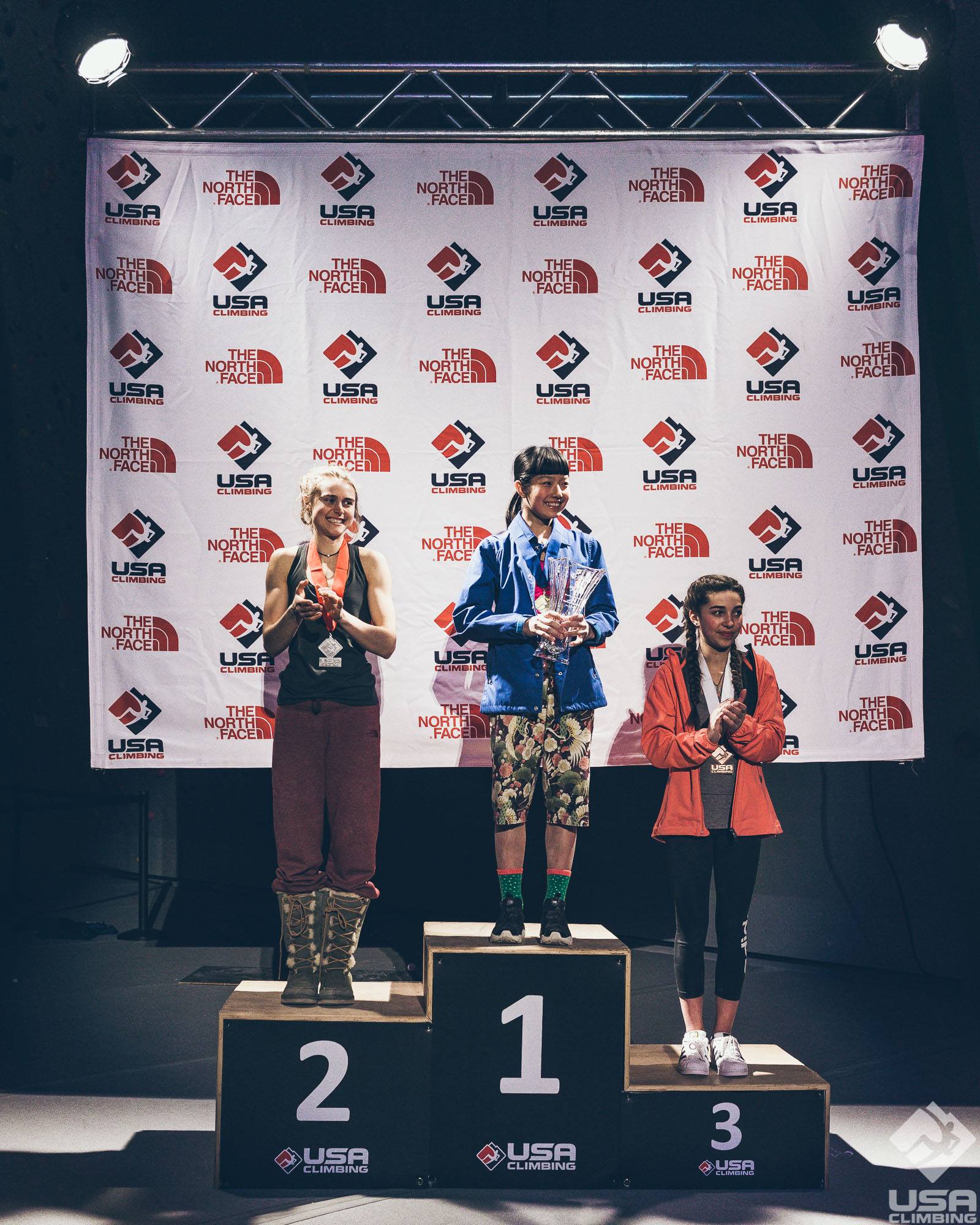 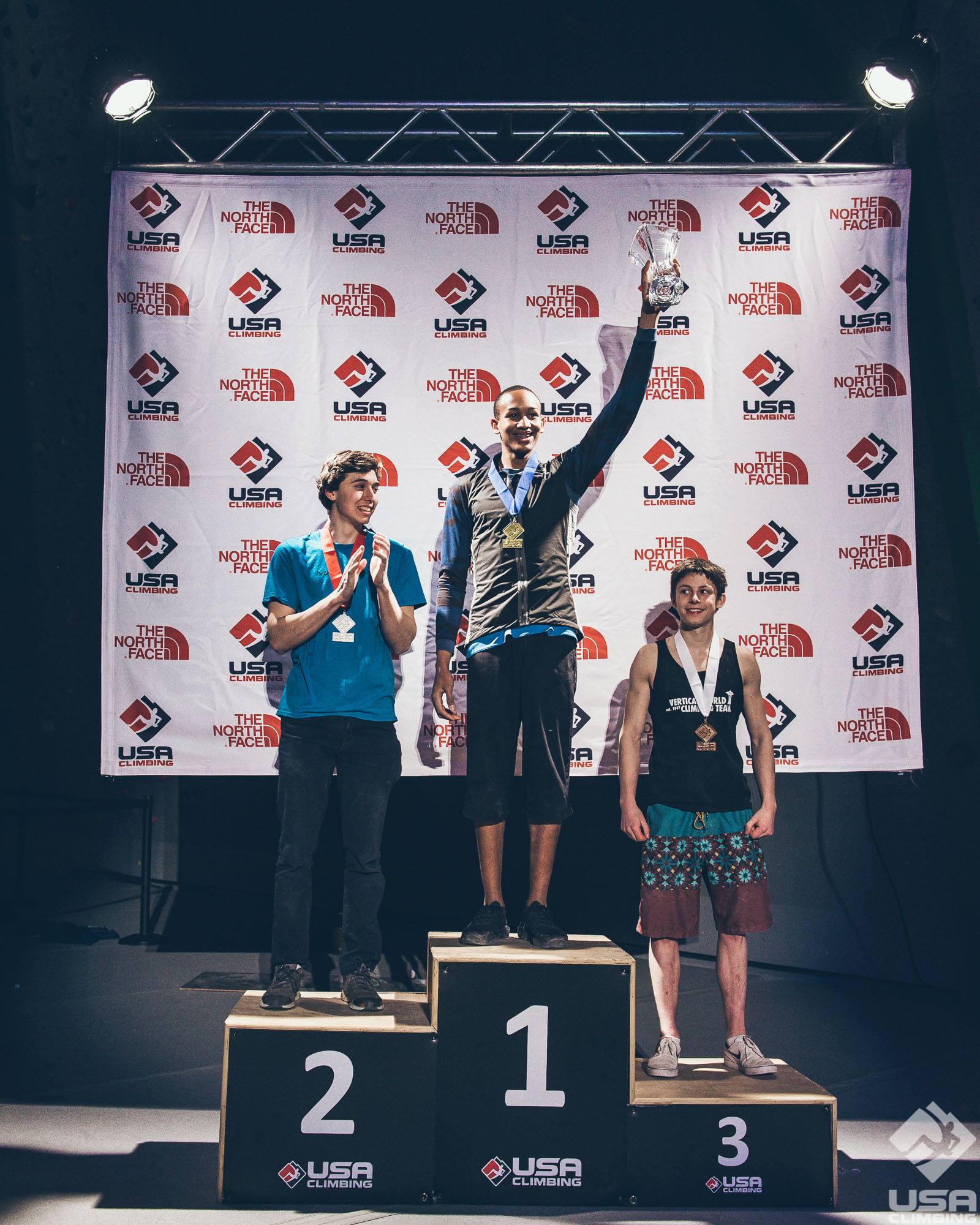 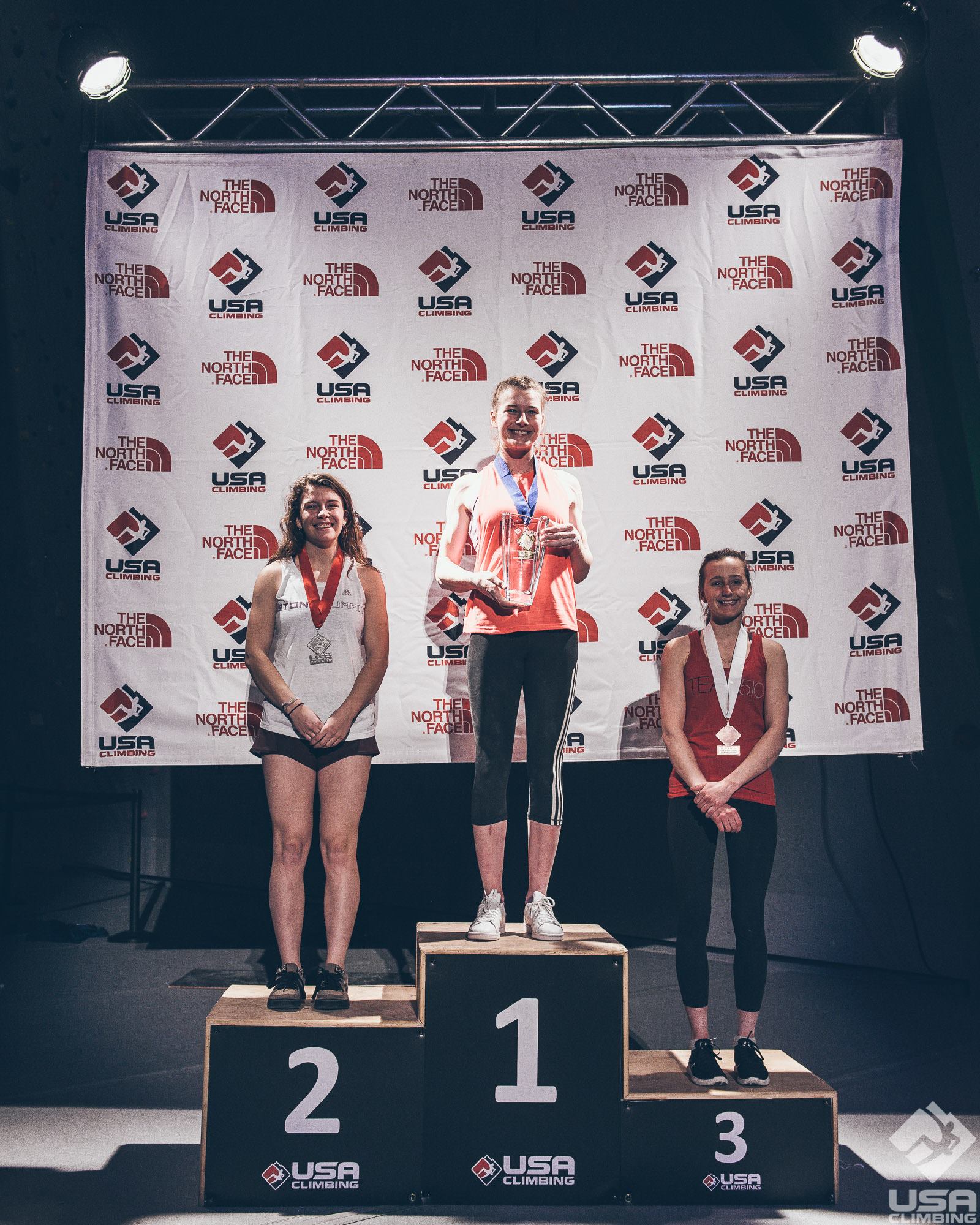 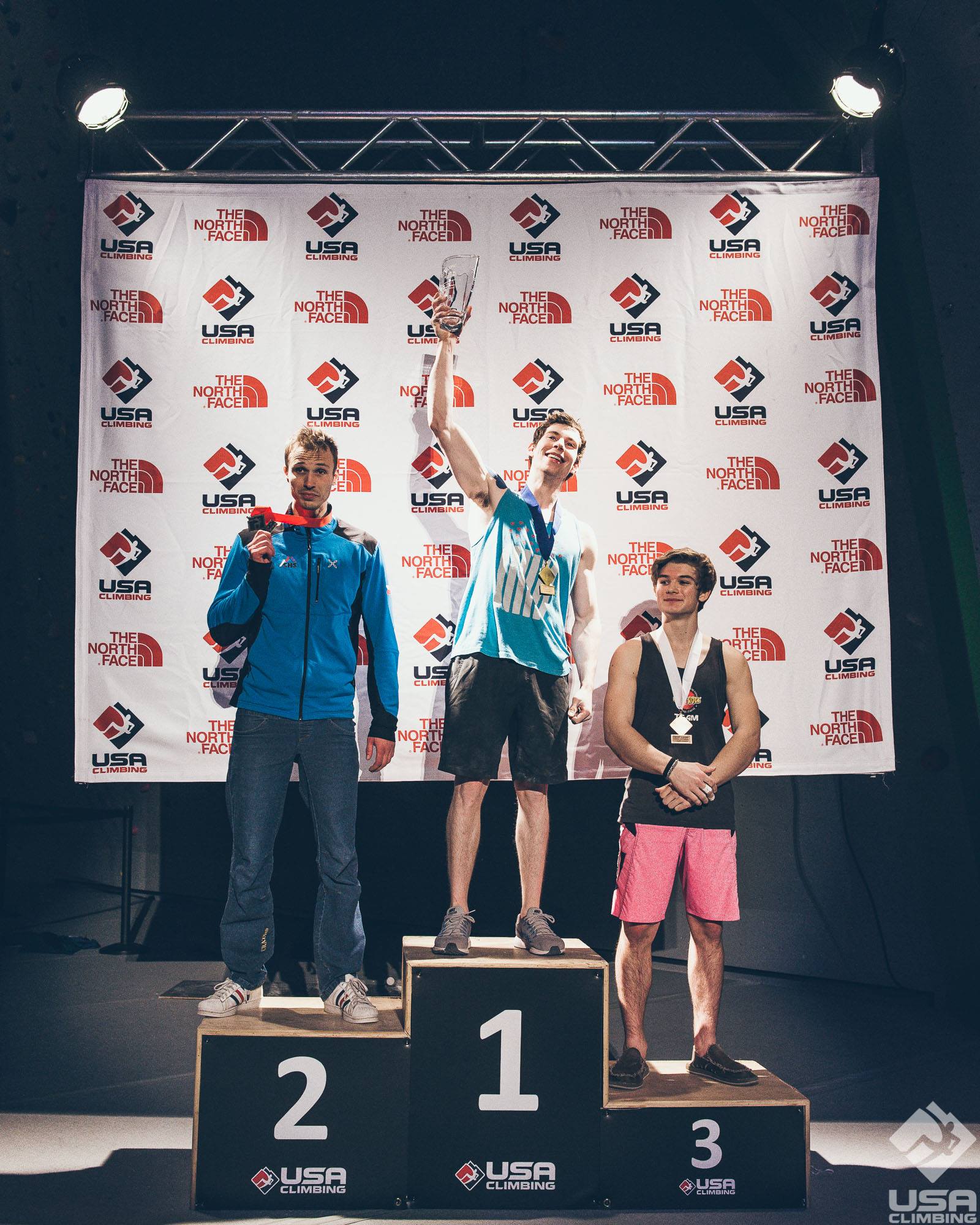 Watch the full replay of finals: