The best young climbers in the world have gathered in Guangzhou, China to battle it out in
lead, bouldering and speed climbing competitions at the 2016 IFSC Youth World Championships. 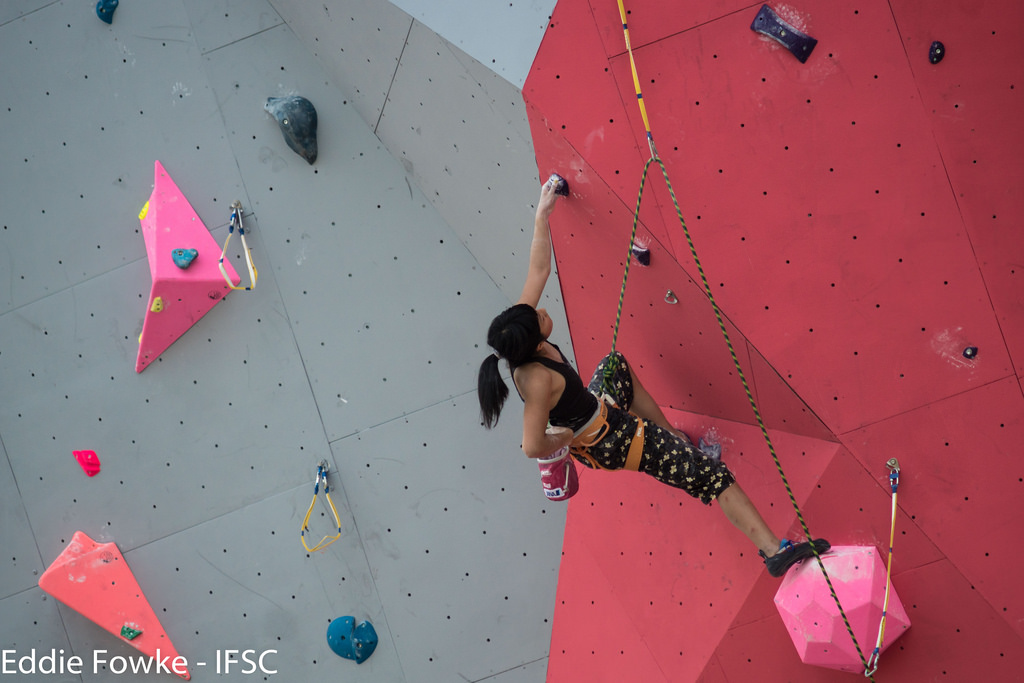 In the Female Youth B (ages 14-15) Lead division, Ashima Shiraishi and Brooke Raboutou took gold and
silver, respectively. Shiraishi’s victory marks her second consecutive lead win at the Youth World Championships following 2015, when she was also
won the Female Youth B bouldering division. Shiraishi was the only competitor in her division to top out the finals lead route, while Raboutou earned
a score of 36+. Laura Rogora, of Italy, finished in third with a score of 30+.

In the Female Youth A (ages 16-17) Lead division, Slovenian climbers swept the medals: Janja Garnbret came in first, the only competitor to top our the
final route, thereby defending her title from 2015; Mia Krampl came in second with a score of 42+; and Vita Lukan came in third with a score of 37+.

On the male side of the competition, Kai Lightner was the only U.S. climber to reach the podium. He finished in second place in the Male Youth A Lead division
with a score of 39.5. Lightner came in behind gold medalist Giorgio Bendazzoli (ITA), who achieved a score of 46, and ahead of bronze medalist Taito
Nakagami (JPN) and his score of 33+.

In the Male Youth B Lead division, the three top finishers all succeeded in topping out both the finals and and semi-finals route (which is usually used
as a finals tie-breaker). Sam Avezou (FRA) took first based on a stronger score in the qualification round than either, Katsura Konishi (JPN), who
finished in second, and Hidemasa Nashida, who finished in third. Avezou won the Male Youth B Lead division last year, as well. U.S. climbers Devin
Hammonds and Ross Fulkerson finished in fifth and seventh places, respectively.

The Youth World Championships continue today and last until Sunday, November 13. Still to come are the speed and bouldering competitions in all the various
divisions.

9:00 am – Bouldering Semi-finals, Men and Women